Filter Free Parents
Home Kids Elementary Emotional Overwhelm Is Real During Back To School. Here’s What You Can...

My two year old is struggling with back to school. Yup, you’re reading this right. My 2 year old. He’s not even in school, but it’s been a messy start of September for my little guy. He’s having emotional overwhelm.

Whether you are a seasoned veteran at back to school or this is your first (like mine) or if you’re not there yet…any way you look at it, the fall is a time of transition.

The weather will be cooling shortly and the leaves changing. SUMMER VACATIONS and lax routines have come to an end and it’s back to the grind.

My daughter started junior kindergarten this week, but it’s my son that’s struggling the most with the new routine.

He was excited to put his shoes on Tuesday morning to head to daycare until he realized that his sister wasn’t coming with him. I watched his face change as understanding sank in and he burst into tears, fighting with every ounce of strength against going in the car seat.

The next day was no better. 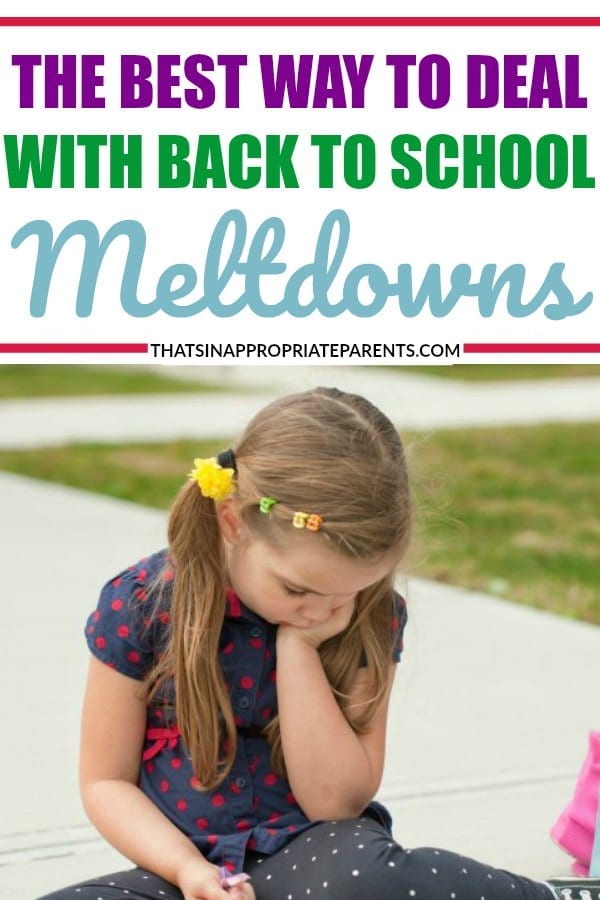 Back to school has been a rough week.

And I’m not even talking about the one starting school!

A change of routine makes us feel unstable. There’s newness and with that comes uncertainty. And everyone reacts differently to uncertainty. Including kids. Especially kids.

Your kids might cry, hit, cling, favor one parent over the other, refuse to go to school/daycare, stay up late, or need more sleep, or fly into a 40 MINUTE RAGE because he can’t help you get a can of beans off the shelf (true story).

As you navigate the next few weeks, I urge you to see behavior outbursts for what they are: emotional overwhelm.

Your kids are doing their best to keep it together at school, in front of their friends, or at daycare. They feel safe when they’re with you.

They trust you…enough to let it all out. 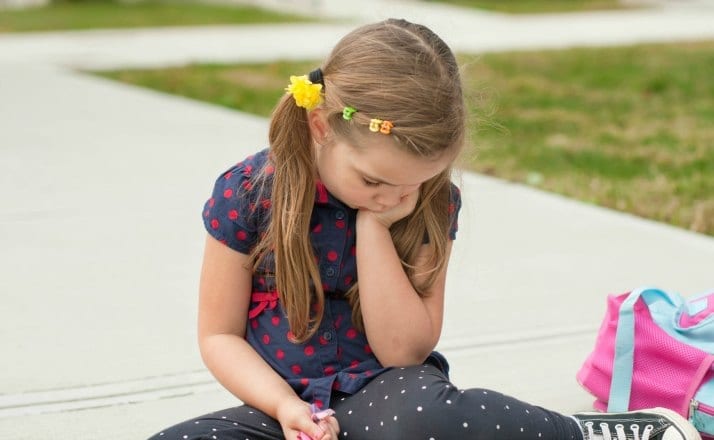 There’s one parenting strategy to help with the emotional overwhelm. It’s rarely talked about. It’s leaning into the discomfort. It’s a concept from the lovely Brene Brown that encourages us to be brave enough to face the tough moments and sit with them.

It’s not trying to stop the meltdown, but rather sitting by and allowing it to happen.

It’s not trying to redirect your child to another toy/activity to get them to stop crying, but rather holding them (or giving them their space) and letting them get it all out.

It’s not trying to punish for hitting their brother or sister but giving them something they can hit so they can get all of that aggression out safely.

In this difficult transition time, if YOU’RE AT HOME and you have the time, I encourage you to be present with your child while they unravel.

But being a witness is helpful. Offering your full attention and loving support is doing something. In fact, it’s one of the best things we can do, and one rarely talked about.

It’s the equivalent of allowing your spouse or best friend to cry on your shoulder without judgement.

It just looks a bit different. But,

our kids need it just as much as the adults in our lives do.

Disney is the go-to for family-friendly entertainment and for good reason; it officially owns our childhoods. However, its most recent … Read More