Filter Free Parents
Home Kids Elementary Here’s What I Learned When I Stopped Nagging My Kids All Damn...

I talk — a lot. I was talking by 18 months old, and I’m sure I’ll have plenty to say up until I take my final breath. With an English and counseling degree, I also used to be a good listener. I’d like to think that I’m still an attentive listener to my family and friends, but let’s face it, I have far more distractions now that I have two children.

When it comes to my kids, one thing is certain though: I do not shut up.

I constantly provide them with my input throughout the day — from commentary on what they eat to what they wear, and even how they play. But one day, it dawned on me: How are they supposed to develop into independent adults when their mother is constantly clipping at their heels hovering? 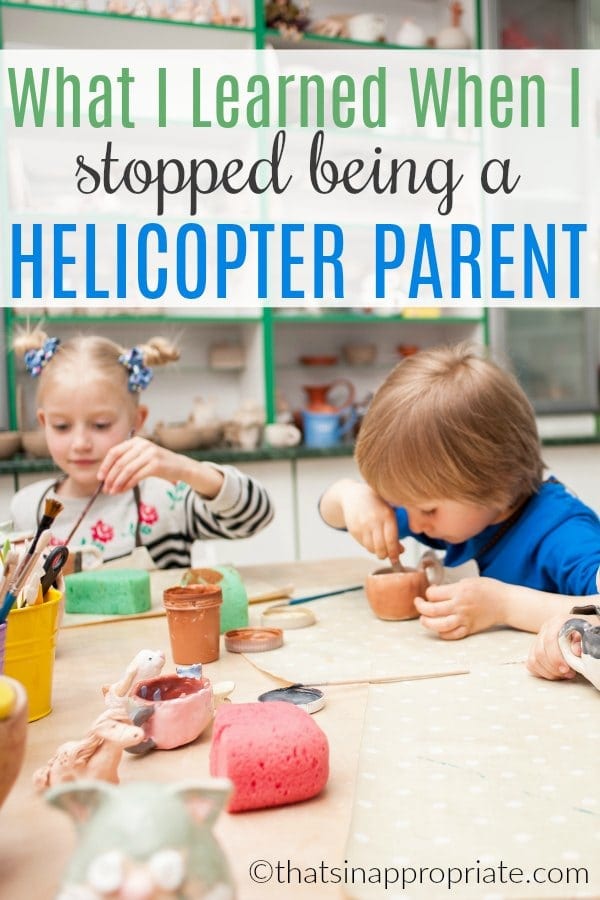 I decided to try something new in hopes of not holding my kids back with my endless directives and questioning.

I found myself with my two kids at a children’s museum. There were 10-year-olds in matching red polo shirts on a school field trip running around — their energy and enthusiasm were palpable. The big bubble area and sandbox were a hit.

Meanwhile, my ALMOST-3-YEAR-OLD DAUGHTER and I were calmly playing at the craft table. It was a young artist’s fairy tale. There were tubs full of paper, glue, scissors, and different kinds of textures. The kids could use anything they wanted to create whatever their imaginations inspired.

I watched my daughter gather her materials: magazine cutouts, felt, glue, and ribbon. She squeezed the Elmer’s and a giant glob collected on a magazine cutout and then oozed from the paper onto the table. I so badly wanted to correct her, but for some reason, I chose to shut my mouth.

These are things I wanted to say, but kept inside my brain:
Be careful with those scissors.
This is how you do it.
Squeeze the glue gently.
Oh, that’s too much glue.
Clean up your mess.
Wipe the glue off of your shirt.
A crayon won’t work on that material. Try a marker.

My daughter had been creating at this art station for only 30 minutes, and I had 562 thoughts running through my mind about all the things I had the impulse to correct. 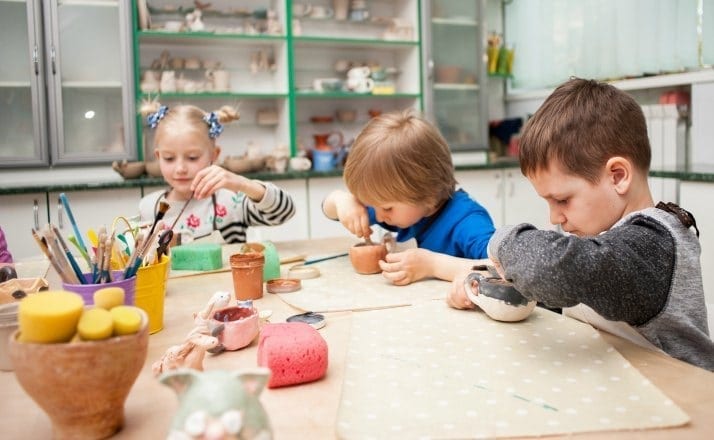 Finally, without my feedback, her sticky, marker-covered fingers were in charge. She was the boss. I have no idea what in the hell she created, but it was hers and hers only. Her own masterpiece. The rest of the day, I did my best to put that Elmer’s glue between my own two lips and keep them shut.

Here’s what I learned when I stopped helicoptering:

Unless my child is trying to jump off the top of the slide, it’s pretty unlikely they’ll get hurt.
They can clean up their own messes.
They can fix their own mistakes.
They can do things for themselves.
They are more creative when my lips are sealed.

My kids can at least try to RESOLVE A PROBLEM (a massive sibling disagreement, for example) without me intervening, and it usually (okay, they have a 50% success rate) doesn’t end up with someone being kicked in the head.

So I’m going to keep working on staying quiet and letting my kids take the lead, allowing their imaginations to flourish without constant “correction.”

I don’t know how I evolved into this can’t-shut-my-mouth kind of mother, and it’s no wonder my kids don’t listen to me. They hear my nagging voice all damn day. I can’t say I blame them because I’d want to tune me out too.

Hopefully over time, this whole keeping-my-mouth-shut exercise will become second nature. Until then, I’m going to give it an honest shot.

When I feel the old me trying to nag my kids, I’ll do my best to lock the thoughts in my brain. I know that MY CHILDREN will certainly appreciate my efforts and in the process learn to become more independent little humans.

And when I do have something to say, perhaps they’ll actually listen.

Here’s What Happened When I Learned To Shut My Mouth

The coronavirus threat has forced the public to hunker down & practice social distancing from one another. Restaurants and bars … Read More