Filter Free Parents
Home Health + Wellness Here’s What It Looks Like Living With OCD. It’s Not What You...

When I say obsessive-compulsive disorder (OCD), what comes to mind? Is it cleaning? It’s usually cleaning. Living with OCD isn’t just about being a neat freak, though.

In fact, I bet a lot of you have seen and maybe even shared that meme that encourages hosting an OCD support group in your home so that your house will be spotless by the end. Not only does that meme trivialize the experiences of people with OCD, it’s also incredibly misleading.

I have had OCD since my early teens.

My living space has never been clean, in fact, any part of my living space that I didn’t have to share with other people (growing up and now) has constantly been a disaster. Like many people with OCD, I also have depression and anxiety, and those make sure my room is always a contender for Hoarders: Mild Edition.

And contrary to popular belief, my OCD brain isn’t bothered by it at all. In fact, most of the people I know who have OCD do not feel an abnormal need to clean (and most of the “clean freaks” I know don’t have OCD.)

Hand-washing is another common misconception about OCD.

The truth is, you probably know several people with OCD who have exhibited OCD symptoms right in front of you and you didn’t realize it. It isn’t always super obvious – but it is intrusive to the person doing it. 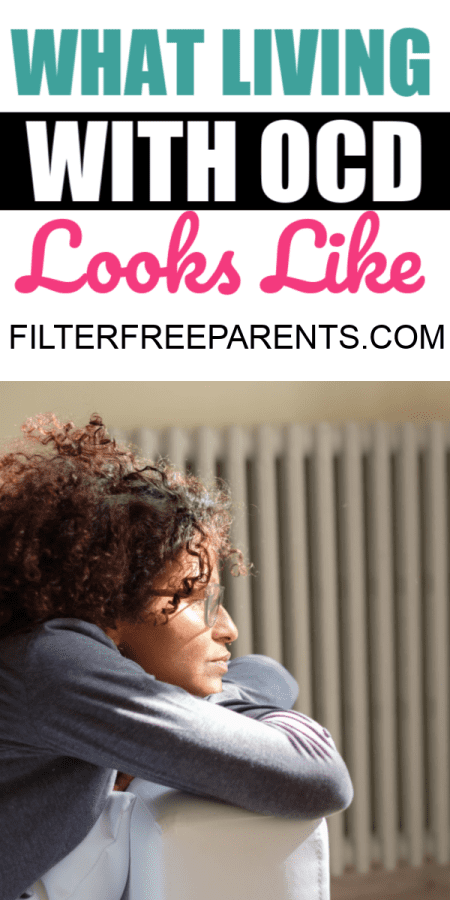 Here are some things many people with OCD experience besides cleaning and hand-washing.

Numbers are often important to people with OCD, but not in a rational way. We often have “good” numbers and “bad” numbers.

What determines whether a number is good or bad is simply how it feels to us, and there aren’t common good or bad numbers between us.

For instance, I almost always only do things in odds. If you look back on many of my articles that are lists, most of them contain an odd number of examples listed. I will search for and add another example if I finish the article with a “bad” number.

When I put food on my plate, I do it in odds. I spoke with someone recently who eats food in evens. We would be intrusively bothered by each others’ plates.

When I was younger, and my OCD was more severe, I used to count to a certain number over and over in my head for no reason at all except that I would have a panic attack if I didn’t. Rationally, I knew nothing bad would happen if I didn’t – but I couldn’t get my brain to take the chance.

My light switches are always covered in fingerprints – not from normal use, but because I touch them every time I pass them, often multiple times.

Or I might line up certain things, or touch something at the same time as something else. How many times depends on how I’m feeling, and I won’t know until I do it – sometimes it is according to number, sometimes it is until it feels “right.” When I was a teenager, it could dozens of times until it felt right. There was a time it could take me fifteen minutes to get from the bathroom to my bed, twenty steps away.

I might need something to be at a right angle, or uniformly spaced. When there are things of multiple colours, I can’t handle two of the same colour side by side. I might put things together in a way that is less practical or efficient, or even avoid fixing something that needs fixing, because it “feels better” this way.

Now, I have these rituals down to second nature. They are shorter and barely noticeable. If you know me in real life, you have absolutely seen me do them whether you realize it or not.

Sometimes OCD has no compulsive part at all, or it’s much smaller compared with the obsessive part. As an adult, this is the strongest symptom for me. If I decide I’m going to, say, order my son a pair of shoes online, I will not relax until it is done. Does it matter if I do it now or tomorrow, no, but I will obsess over it.

Other times, I can’t make a decision at all, because I can’t sort through all the possible outcomes. Or I worry incessantly about something that is unlikely to happen anyway. These thoughts will play like a movie over and over in our minds. Sometimes rituals like I’ve mentioned in this article will help, and sometimes not.

This is my OCD. There are many people who share these tendencies, and many who have ones that do not bother me at all. 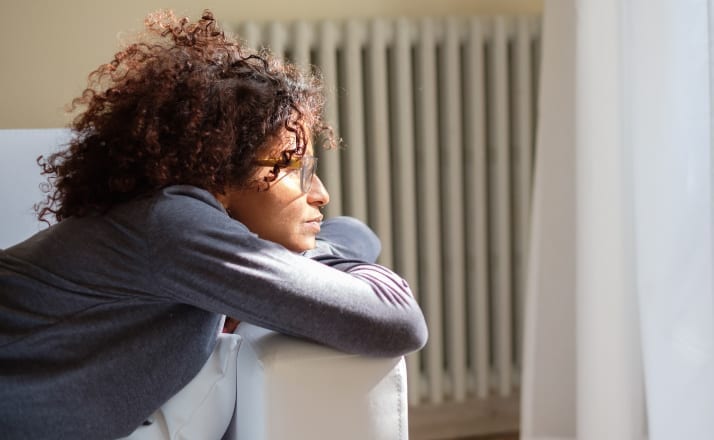 That’s the nature of OCD – it’s irrational. We know it is irrational, but we can’t help it.

If you are reading this and going, “OMG, that’s me” know that there are treatments that can help. There are medications. There is cognitive behavioural therapy, and even aversion/exposure therapy. It’s not a perfect fix, but it does make a difference. My OCD now is far less severe than it was when I was younger.

If you are reading this and you don’t identify with it, there are some things I would like you to keep in mind for those of us who do.

OCD is not a joke.

It isn’t funny to kid about inviting us over to clean. I’m sure that there will be some people commenting, “I have OCD and those jokes don’t bother me”, but on the whole, those jokes are harmful.

It isn’t so much that I am offended by them, but that they trivialize the hell that is OCD. I wish OCD was a matter of liking my house clean. When you see those memes, picture sixteen-year-old me, standing at a light switch, sobbing, just wanting to get into my bed and go to sleep but unable to until I touch it just right.

You can’t “be OCD” about anything.

You can have preferences, even strong ones. You can even have isolated things that are compulsive in nature. It is possible to be obsessive about having a clean house or car, or having your books alphabetical, or having any one thing this way or another. Everyone has their quirks.

But OCD is not isolated to one or two things. It will manifest in one way or another, even if everything is done how you like it. It also can be more severe when you are happy than when you are sad or already worried. Again, it is completely irrational.

OCD is an often misunderstood condition so it’s important to me to shed light on what OCD really looks like from those of us that live through it every single day.