I’m tapped out for today. Done like dinner. So done, dinner never even had a chance to start over here. Literally.

The last 24 hours have me spinning and I don’t know up from down right now.

Some kind of switch flipped inside Evie at the beginning of this week. There’s new things going on in her brain, lots of things; connections forming, pathways clearing, things that I don’t understand. No one really does, that’s just an Autism reality.

Every hour something intense is happening in our house right now, for better or worse.

Evie has started using simple words conversationally, back and forth. Just like that.

Yesterday after school she answered a question that I pondered out loud without even considering I might get a response. That’s just something that doesn’t happen in our world. Is it too soon to say didn’t?

“What are you looking for?” I asked, curious.

SAY WHAT??? I was too shocked to even skip a beat, I just straight up responded!

“It’s in the bathroom, remember?”

She darted off to the bathroom, came back with her juice, and continued playing. Simple as that.

Blown. Away. Things like this have been happening constantly the last few days. It isn’t any less mind boggling each time.

Evie had one of her most extreme meltdowns a mere few hours later. It was short lived but brutal. She bit her own lip and drew blood, that’s a first for us. Threw herself at me full force, punching and kicking out. Adam and I kept her safe and secure while we waited it out together, the three of us.

She couldn’t tolerate being touched, talked to, or even looked at. It ended when she passed out from exhaustion and she was out cold for about 4 hours.

That brings us to 10pm, when Evie woke up, refreshed and ready for a new day. Sigh. Bigger sigh. 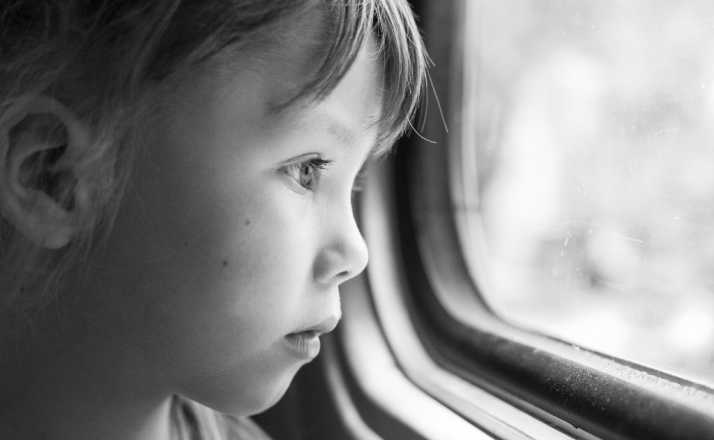 Shortly after waking up for her ‘day’ she walked up to Adam and told him ‘Bathroom’ while grabbing his hand to lead him there. Then she said ‘Potty’ and sat on it. For half an hour! Straight!!

Evie was absolutely content on that throne, she even gave me an exaggerated push when I encouraged her. She chattered at me about something I couldn’t quite understand, but it definitely included the words PEE and POOP numerous times and endless giggles.

She listened to me tell her the story of the three little pigs verbatim style while she sat enthralled, which is something my Mom started with her a couple months ago that Evie can’t get enough of.

She looked me directly in my eyes with glee the entire time and huffed and puffed and blew along at all the right parts.

The only reason it didn’t end with a potty pee is because it was midnight and I was too exhausted to hold a stake out in the bathroom indefinitely at that point.

Evie was deliriously goofy and destructive from the time we left the bathroom to lay down and unwind until the time she actually fell asleep, which was well past 3am.

We dozed in and out as Evie climbed on top of us, catching our hair in her travels with a yank here and there, sticking an elbow into a rib, kicking a nose. She pulled my eyelids open at one point (classic move) and blew a raspberry behind Adam’s knee.

That part sounds cute now, but it absolutely wasn’t at 2:45am.

When we had enough we enforced our still body strategy, which means Adam holds her down and still while she fights against his embrace. When in the state she was in last night, using her body movement to fight the sleep she desperately needs, it’s the only way to help sleep find her.

She finally drifted off, whimpering, and Adam’s hold loosened as we both joined her.

I stirred a few times, and could hear her slapping herself in the head and face continuously with loud thwacks as she went in and out of her half-sleep. This is not at all something we have dealt with in the past with Evie, although I know it is a relatively common thing with some on the spectrum.

I was holding onto consciousness by a thread at that point, too exhausted to fully comprehend this heartbreaking new development, and it was all I could do to gently coo to her and hold her hands in my own.

Exactly one blink later my alarm went off.

Evie had a really successful day at school today, somehow, on the the threeish hours of sleep she had.

This seems to be the way it goes with her. She manages beautifully for the school day, and I’m guessing it takes every ounce of her will and energy to do it.

The second we got home today all hell broke loose.

She immediately stripped to her birthday suit and went straight to climbing counters. She graduated to climbing me, and was not at all pleased to hear no about it.

She yanked me around the house from room to room, unsatisfied, unsure what she wanted or needed. She fixated on candy and began to meltdown because we didn’t have any in our cupboard.

That’s precisely when I tapped out. I just couldn’t anymore.

I threw a pair of pants on Evie and her winter jacket, not even bothering with a shirt. I put on her boots and grabbed the keys.

She kicked off her boots and grabbed at me.

I picked her up and carried her football style to the vehicle, and we drove to the nearest gas station where I bought precisely 2 bags of sour key candies.

I carried her back inside the house, plopped her on the bed, opened up a bag of candy and collapsed, waiting for Adam to get home from work.

So, this was supper, folks. Maybe it’s a huge mom fail, maybe it’s rewarding bad behaviour, maybe it’s giving up. Maybe so, but it’s most definitely the only thing that saved my sanity tonight.

Sometimes you simply run out of gas, and there’s nothing you can do about it but fill up with sugar.

This post originally appeared on Evie The Explorer FB Page

The Tooth Fairy Now Has Her Ow…