Filter Free Parents
Home Health + Wellness My Child is Going Through Precocious Puberty, What Do I Do?

Precocious puberty is when a child begins puberty at too early of an age.

As parents, we tend to expect certain changes in our kids at specific times. We can predict the evolution from crawling to walking, and even talking to talking back. But what happens when some changes come too soon?

In these rare cases, kids can go from having pre-k hormones to raging teen hormones almost overnight.

Let’s break down what precocious puberty is, what causes it, and when to call a doctor.

According to the Mayo Clinic, precocious puberty is rare, affecting one in 200,000 kids each year.

The condition is treatable and doctors are generally able to delay puberty until an appropriate time. The exact cause is generally unknown, although researchers believe that environmental factors such as exposure to toxins found in some plastics such as Bisphenol A (BPA) may be to blame.

Other known causes include underlying health conditions that affect the thyroid and adrenal glands. There are also some medical complications that lead to precocious puberty such as tumors. 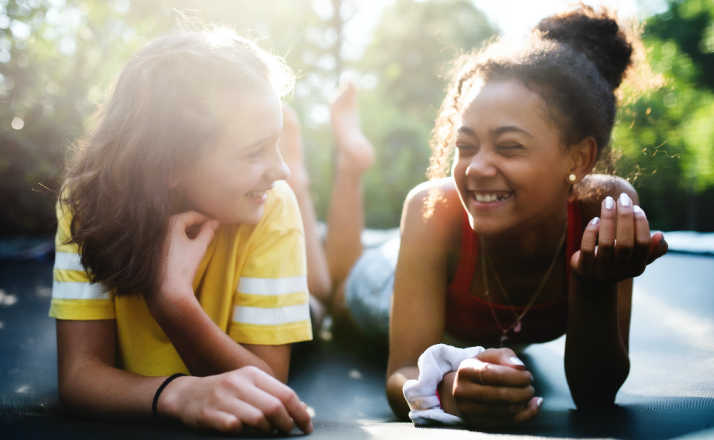 Symptoms of precocious puberty in girls may show up before the age of eight and can include developing breast tissue as well as a first period.

It may also include acne, changes in body odor, and body hair.

Symptoms of precocious puberty in boys may show up before the age of nine and can include enlarged testicles and penis, vocal changes, hair growth on the face including the upper lip. Boys may also experience acne and changes in body odor.

Causes of precocious puberty can include the following:

A doctor will also need to identify what type of precocious puberty your child may have. This is critical information because treatment will be partly based on the root cause of precious puberty.

For example, the adrenal glands may be affected or the problem may be rooted in the thyroid. For this, doctors will conduct an MRI as well as thyroid testing.

A doctor will give your child a physical exam and conduct several tests.

Treatment for precocious puberty will depend on the cause of the diagnosis.

If there are no underlying medical issues then it is likely that a doctor will prescribe a hormonal shot, taken once a month, to delay the onset of puberty.

If the child has an underlying health issue such a thyroid problem then the doctor will address that root cause first.

If a tumor is producing the hormone that has triggered precocious puberty then surgical removal of the tumor will stop early puberty.

Some lasting issues with precocious puberty may include a shorter than normal height as well as social and emotional issues, which may require the professional help of a therapist.

Parents should consult with their doctors if they see any signs of puberty at an early age.