Filter Free Parents
Home Kids Here’s Why Having A Big Age Gap Between Kids Is Kind Of...

If there’s a big age gap between your kids and you worry a bit about whether they’ll be close—don’t. My three crazy brothers and I are tight despite several years between us.

You see, I have a twin brother and two much older brothers—a six and eight-year gap—and those gaps never hindered a thing.

In fact, I think the years between us only helped our relationships grow stronger.

The twin gene runs deep in our family—like three-straight generations deep (It skipped me, though, phew!), so my mom wasn’t surprised at all when she discovered she was pregnant with my brother and me.

The fact that her other two very busy and rambunctious boys were older, ended up helping her tremendously. When my brother and I were born, I was pretty sick. I was born with three holes in my heart and spent a lot of time in and out of the hospital.

Thankfully, my brothers not only understood (as much as children can) this, but they also helped out. My mother even has old journals stating that my oldest brother was one of the only people who could successfully feed me a bottle. 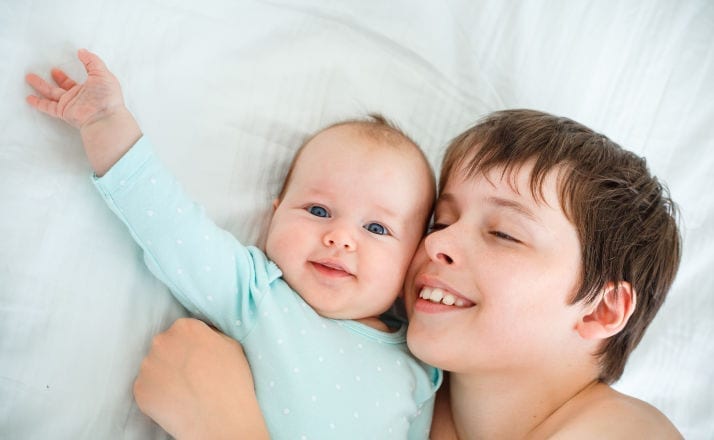 She also wrote that my second oldest brother would wake up with us in the morning once we became toddlers—letting my parents sleep in a little longer on the weekends. He probably fed us pure sugar for breakfast, but hey, it was the 80s.

As my twin and I got older, the real shenanigans began.

Being the only girl, I got blasted with the disgusting nature of my brothers. One of their favorite pranks they loved to pull on me was to throw “stink bombs” into my room. They’d fart into one of my dad’s old brown cigar containers (remember those?), take off the lid, throw it into my bedroom and yell, “Bombs away!”

They’d scream and snicker as they watched their little sister cry out, “Help!” or “I hate you!” in return. My older brothers also used to love tickling my twin and I to the point of near-death. They’d pin our hands down and play “typewriter” on our chests until we laughed and cringed so hard we couldn’t breathe. Oh, the joy.

As my twin and I moved into our teenager years, our older brothers served as examples.

Our oldest brother excelled in soccer, so I quickly desired to follow his footsteps. Our middle brother was a natural at golf, so my twin chose to mimic his swings. We watched as they worked hard for their achievements and we saw what it took to be great.

But of course, we also learned from their mistakes—or at least tried to.

My middle brother was the stereotypical wild child. He got into a lot of trouble with my parents during those angsty teenage years. While my twin and I were far from perfect (I mean, the cops were only involved twice), we still learned what not to do, and of course, how not to get caught.

Today, all four of us are incredibly close despite living in four different states. 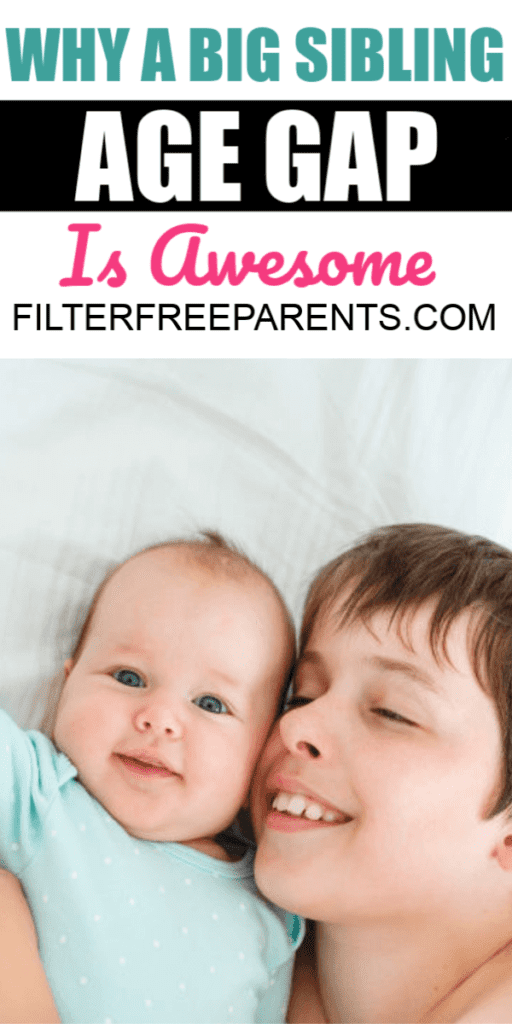 We group text each other daily—reminding each other both that we’re here for comfort and to reminisce about all of the mischief they used to give us when we were kids. Either way, there’s something that goes with the saying that blood is thicker than water.

When my mother was diagnosed with cancer a few years ago, they traveled home often to be with her because over the years we’ve learned one thing: family is the most important thing in life.

Having children far apart is not a bad thing.

Your older children will learn how to nurture and take care of their younger siblings (while torturing them, of course) and your younger children will have role models built right into their lives. And as they get older, their ages will no longer matter because all that’ll matter is that they’re family.

One Mom’s Viral Tale On …

Ready your children and your credit cards. Baby Yoda is coming to Build-A-Bear. When Disney+ aired the first episode of … Read More