Despite the things we are told at the start of our children’s lives, when our kids go to school they will not be categorized in kindergarten. The teachers will not judge you on the decisions you made for your infant.

There is no elite blue mat for babies who were breastfeed and a relegated red mat for those who were formula-fed. You will not be forced to enter through the back door if you sleep-trained your babies, nor will you be given VIP access for co-sleeping. Spoon feeders will not have to sit at a separate table away from the progressive baby-led weaning children.

It does not matter.

Your child’s kindergarten teacher doesn’t care about any of those decisions, because none of those things matter.

Yet, these are the things I felt so judged by in my first year of motherhood. I was cruel to sleep-train my formula-fed, spoon-fed child. He apparently didn’t have a chance from the start. I ruined all of his future prospects in the first six months of his life.

What needs to be adjusted is our perception of those choices. Neither one is right or wrong, good or bad. These are not the decisions for which I will ever judge you.

There is one thing, though, that I will judge you for doing as a parent. And I will do it unequivocally and unapologetically.

One of the things I am terrified of most in life is my children becoming bullies.

If my son’s school phone number shows up on my screen, two thoughts immediately enter my head. The first is whether or not they are hurt and are okay, the second is if they were the one doing the hurting.

It has been proven multiple times that when a child is bullying someone, there are underlying issues within the bully themselves that usually have nothing to do with the target of their insults.

If your kid bullies my kid, I’m probably not even going to judge you as a parent for that the first time. Your kid is probably hurt, which means you probably are too. I can see that.

What I will judge you for, though, is defending and excusing your child’s behavior.

There is an alarming trend that my teaching colleagues and I have been watching unfold over the last 5-10 years. It is the total lack of accountability when it comes to parents taking ownership of their child’s actions.

Don’t get me wrong, I have worked with wonderful parents over the years too. I had one parent contact me and ask me to fail her son so he could learn a valuable lesson about the fact that doing nothing yields nothing.

I cried when I got the email because I was receiving support. That is becoming more rare in my profession.

The most disturbing thing we are seeing is parents automatically taking the sides of their children at their word even though adults are telling them what their children did.

You want to know the worst part? We have their children bullying or lying on camera from the school hallways.

One parent, watching footage of their child taunting a student with cerebral palsy, accused the school of photoshopping the video evidence to make it look like her son. You can’t make this stuff up. I assure you, I’m not that creative.

One student a few years ago threatened his high school with a bomb. You would likely assume he was expelled. He wasn’t. Instead, his parents hired a lawyer and threatened to sue the school board.

Additionally, a personal teacher was hired to work one-on-one with that student. His phone was confiscated at the start of every day so as to ensure there would be no more bomb threats. He graduated from our school system.

I do truly believe that all parents want the best for their children, the problem is what your version of the best is. If that means you want your child to be the best without allowing them to fail at any point, you are doing that child a disservice. 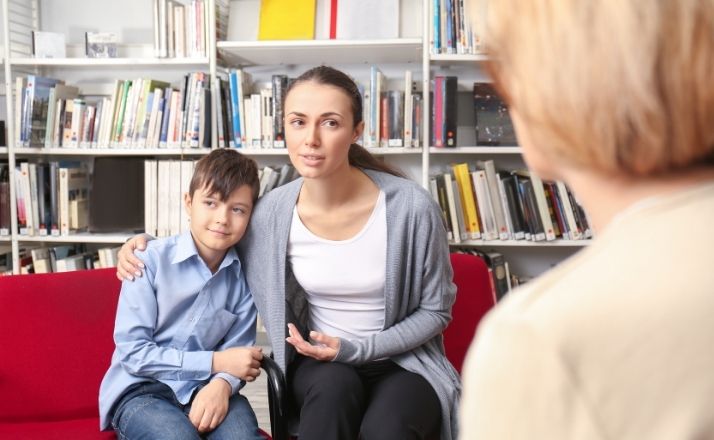 Self-advocacy is welcome in my classroom. Students and I disagree on things all the time. It is the nature of the subjects that I teach.

Regardless of this, I like to think my students respect me. Clearly, they respect me enough to disagree with me in an academic setting. That is empowerment.

Thinking that your child still deserves to pass a class after hitting an absence threshold of 70%, missing 75% of the submitted assignments, and doing essentially nothing is entitlement. Arguing they can hand in all term assignments on the last day of class and demanding they should pass is particularly problematic.

If I am ever called in because my sons’ hurt someone else, I will be mortified. I will of course hear what my son has to say, but I will also be listening to what the adults who are with him every day are saying.

What is happening too often is that instead of coming in to listen, parents are coming in automatically assuming we are the villain, and they are swooping in to save their child from our ravenous claws.

You’re not saving them. They will eventually drown in their entitlement.

I will never, ever, judge you for asking for help. It takes bravery to admit that what you need is help.

If you are going to come into my classroom though, and sit across from me at a table and justify your child’s reprehensible behavior, excuse it or condone it, know I will be judging you from across that table.

Not because I think I’m a better human being than you, but because you should want better for your child.

What is Vabbing? One TikToker …