Valentine’s day is for lovers. Or it’s a holiday made by commercialization so that we can spend our money on chocolate and flowers. Whichever way you look at it, it’s here to stay.

But, as all parents know, over the years Valentine’s day has morphed into a kid holiday, too.

It’s a time for your kids to have class parties, decorate boxes, and hand out Valentine’s day cards to their friends.

I miss the days of simplicity though, let’s be honest. When I was a kid, we went to the store and got a simple valentine and I wrote my name on it. I don’t even think there was candy involved.

However in the age of Pinterest, it seems that Valentine cards are a little…well, more elaborate than they used to be.

Most store bought cards come with candy or a trinket of sorts, and the cutesy cards you see on Pinterest? Well, those can come with all sorts of treasures.

So, Valentine’s Day has morphed into a holiday where, as the parent, there is let’s say – a little added pressure.

But, one mom on Facebook made an even smarter move – she bought her Valentine’s cards on Amazon. I couldn’t help but think – now that’s next level genius and made a mental note to do that next year for my kids.

Abbey Busch was in for a surprise though when she received her daughter’s Valentine cards from Amazon. And, she posted about it on Facebook, with the caption, “I can’t stop laughing.” And, frankly, neither can we.

I have to say, at first glance they seem fine. I see a lot of red and pink, and the animals are CUTE. They really are. I know my kiddos would be thrilled to get one of those cute little plastic creatures to junk up my house. 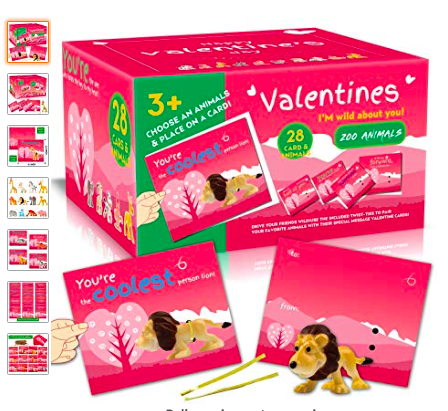 But, the animals aren’t the problem. It’s the messages on the cards.

The messages on the Valentine cards are not only nonsensical, but they are a tad bit creepy, too if we’re being totally honest. And, at times – possibly inappropriate?

In her post, she shares pictures of the messages, and I have to say I am really wanting to know who the author of these cards are and the thought process that was happening in creating them.

Here are a few of the highlights:

“So fell in love with you love can not extricate themselves.”

I mean, I don’t know many kids that use the word extricate in a sentence, but maybe that’s just me. But, even if they did – it still makes no sense.

As one commenter put maybe we’ll just chalk this one up to “it’s complicated.” 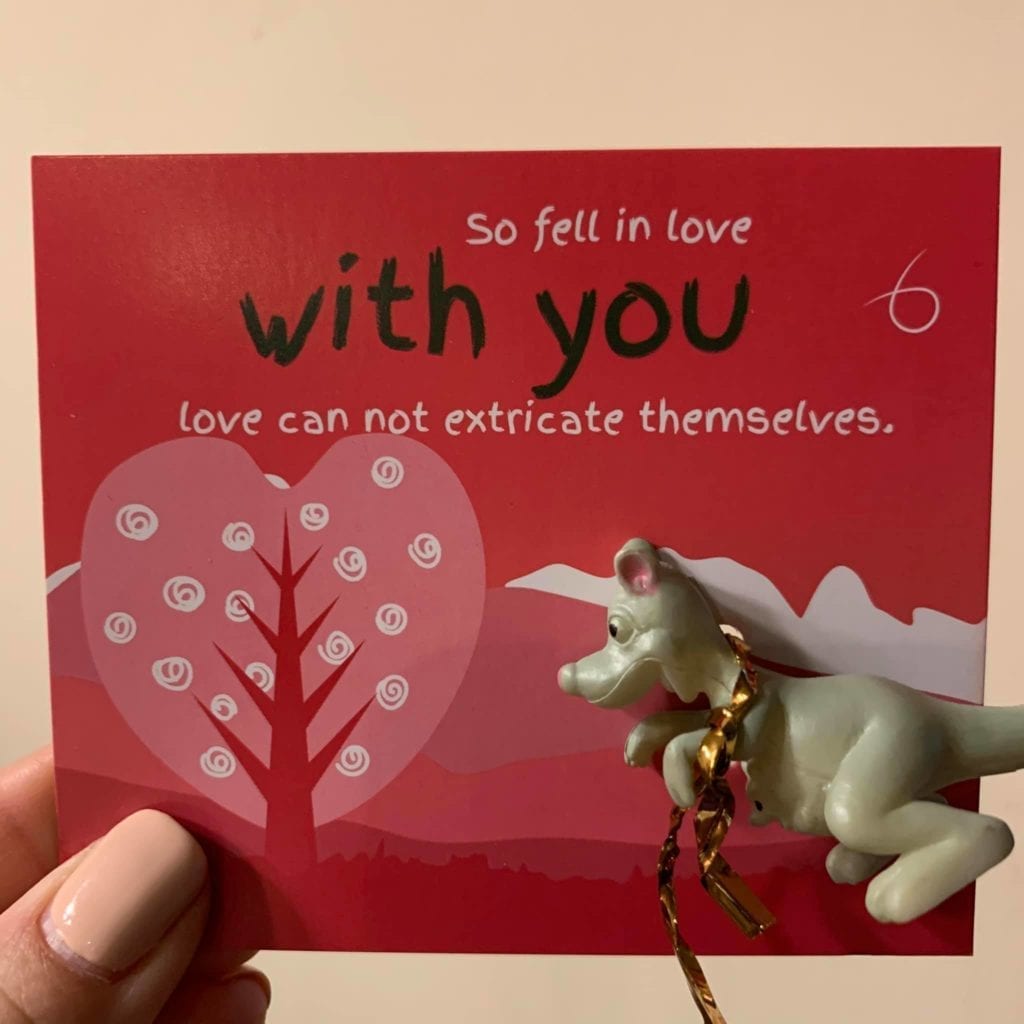 “You sweep the house for me, I sweep the world for you.”

The clean freak in me has to admit, I like a man that will sweep the house for me. I mean – that’s true love right there. 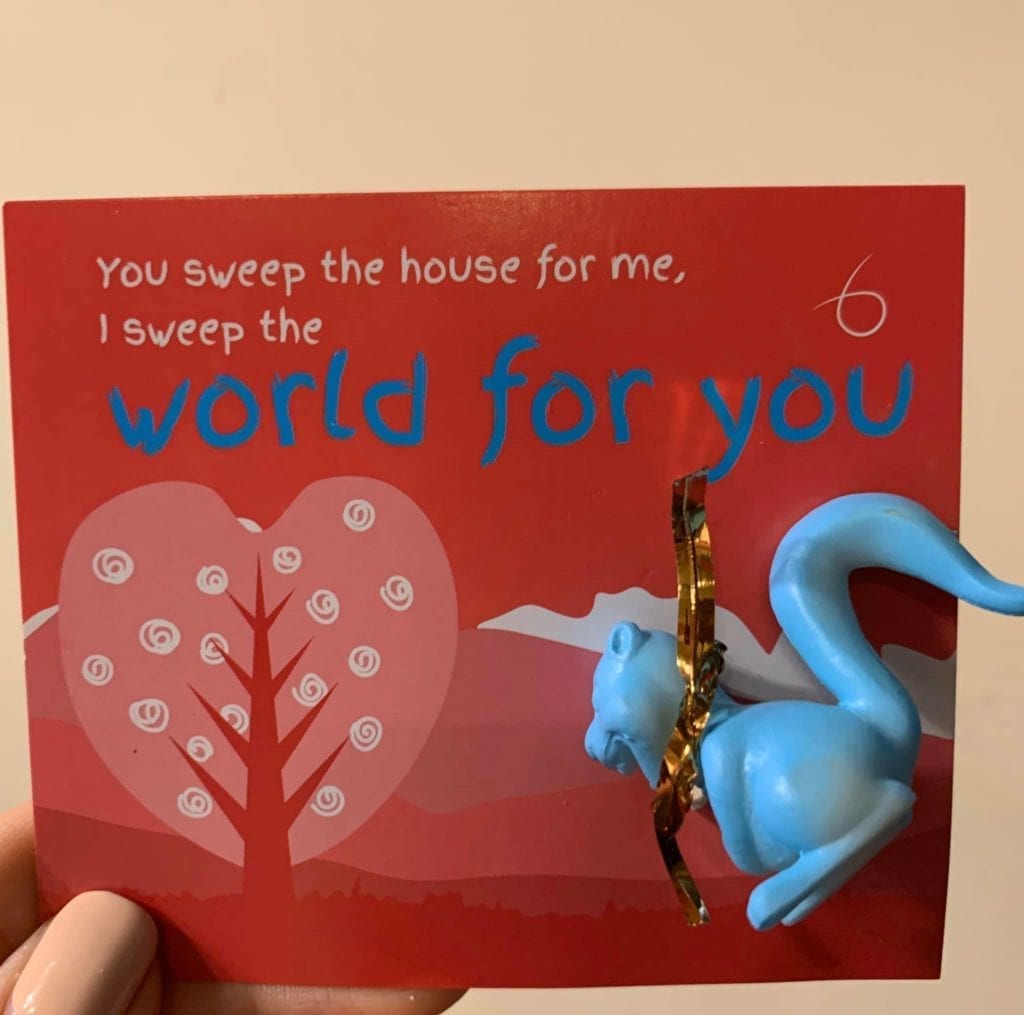 “See you appear feel the whole body is overpowered.”

I don’t know about you, but if I had gotten this in elementary, or now, I think I would have just backed away slowly. 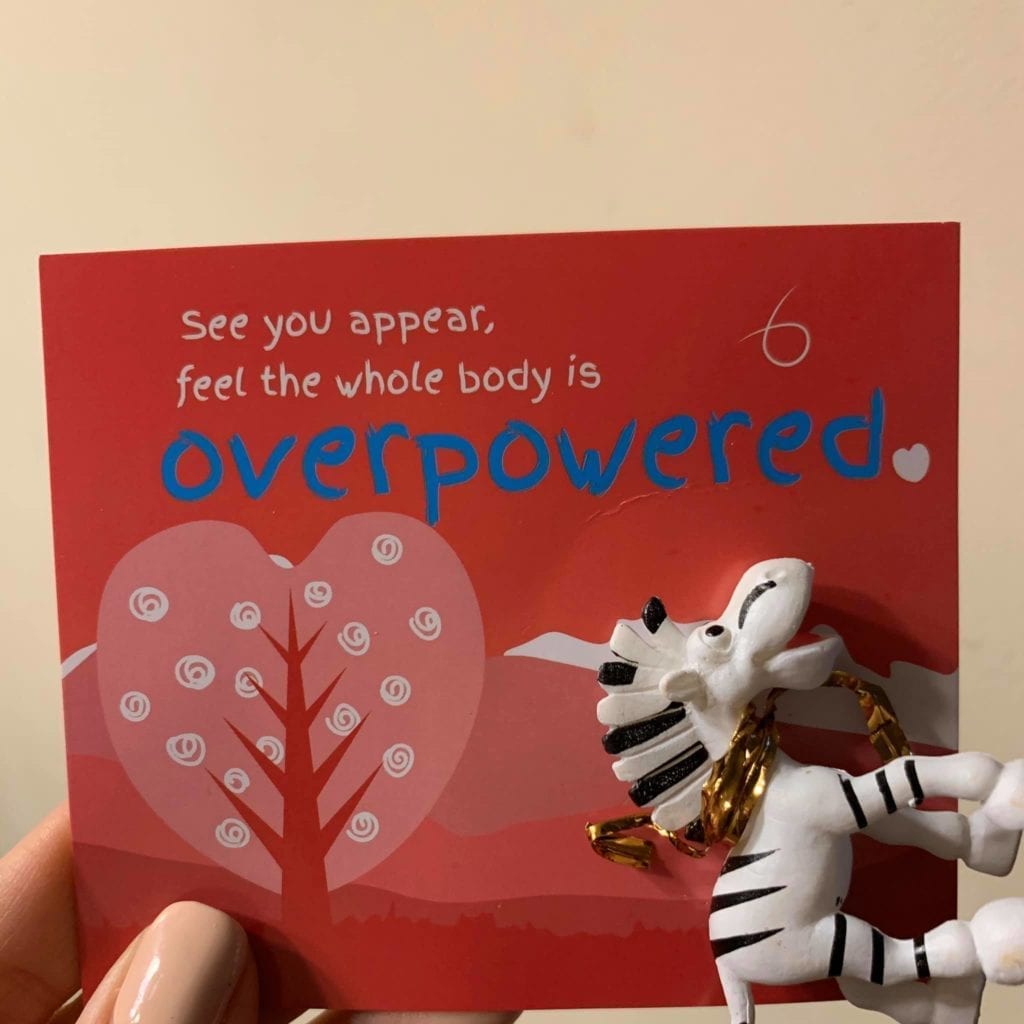 Well, this one seems very what shall we call it? Progressive. 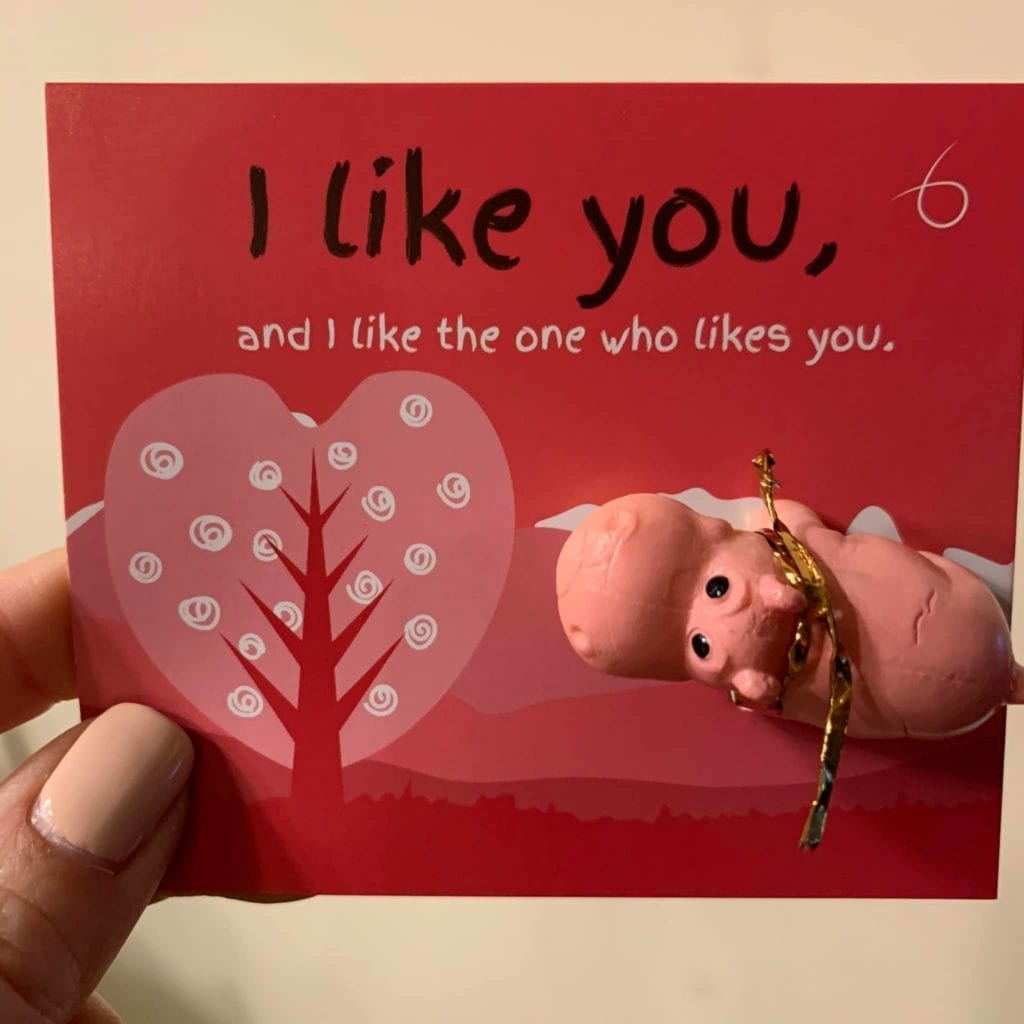 “Love someone. Really no reason. I feel it.”

I mean – this one can make a lot of sense if you really dig deep. Sometimes you just love who you love. For no reason. You just feel it, man. Commenters agree: 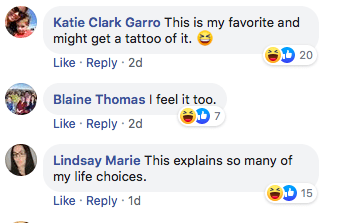 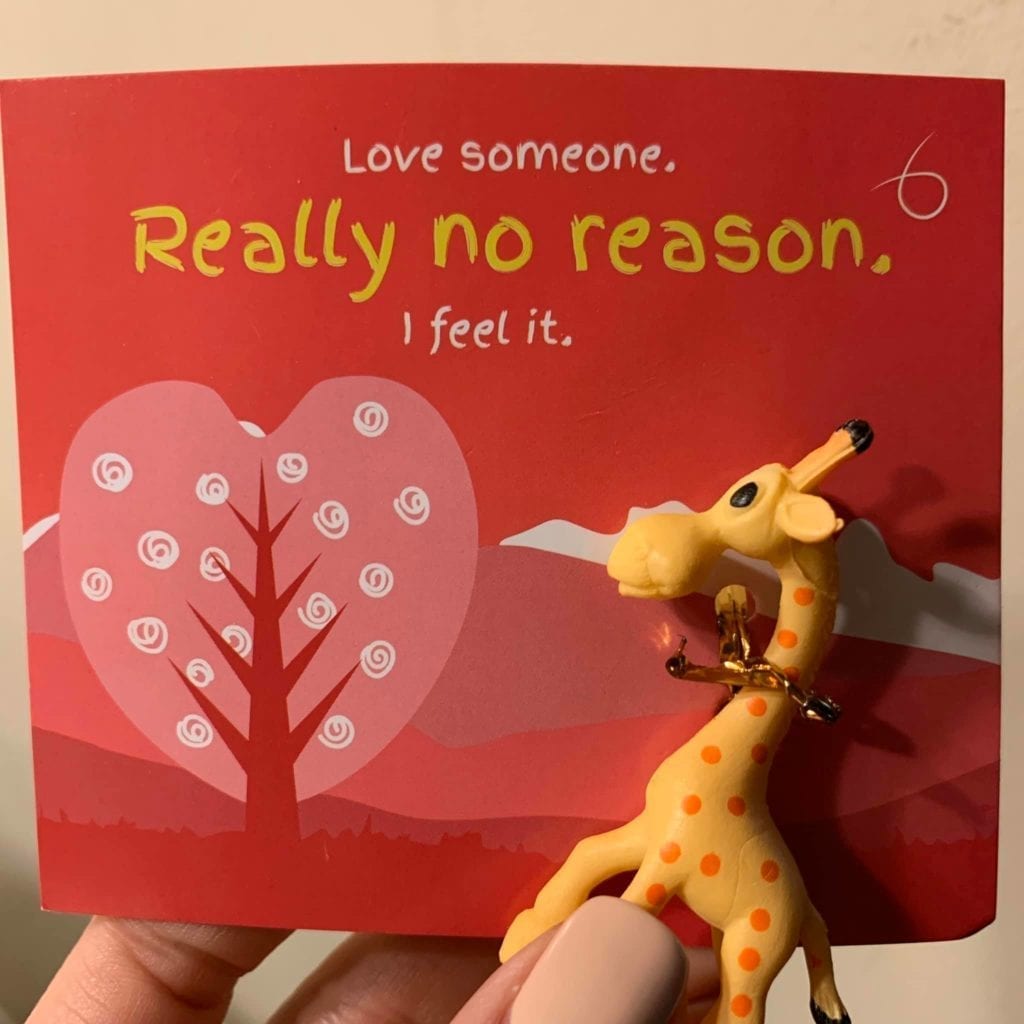 This one is my personal favorite, although this is not exactly the message I want my kindergartener to be internalizing. It also seems very likely a Valentine you’d get from that guy that lands on Dateline or some show on the ID channel one day. 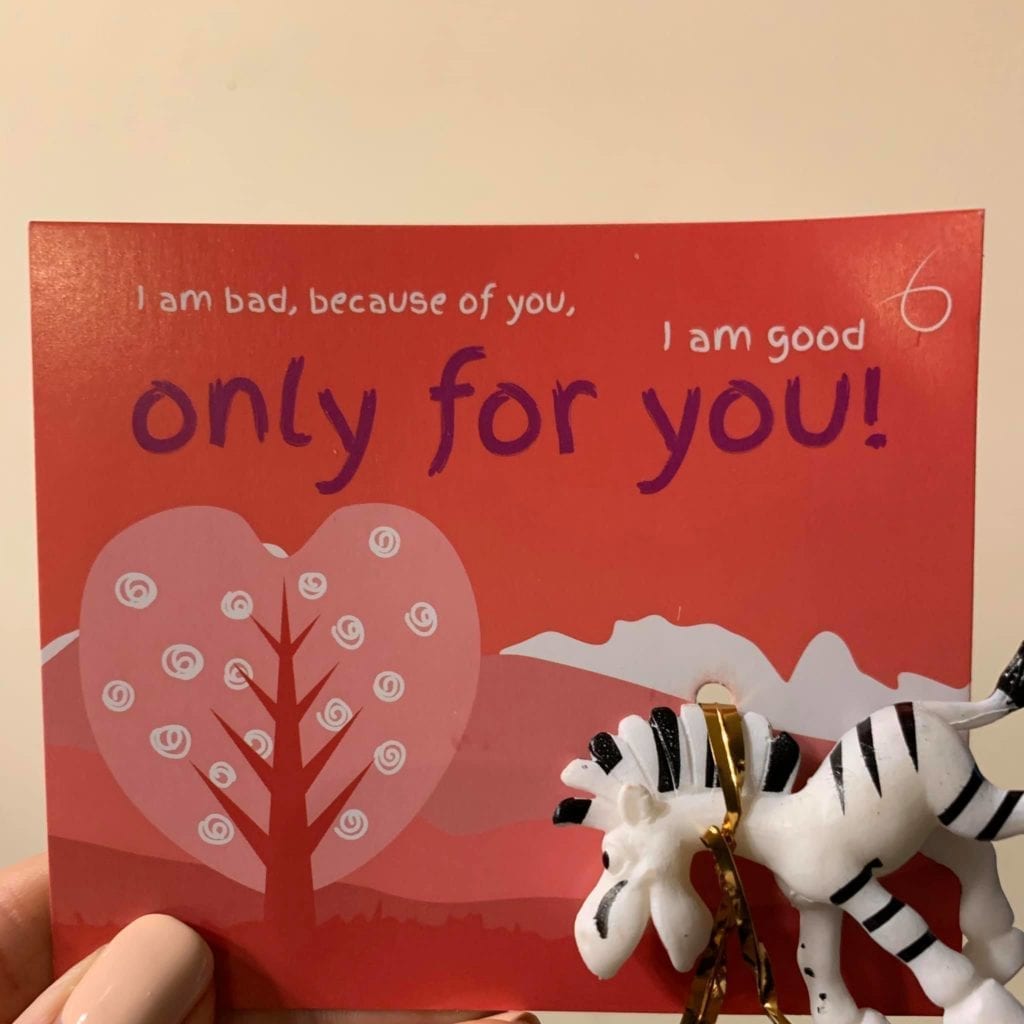 If you’re kicking yourself for getting a boring, “Be mine” valentine from your local grocery store, don’t worry, you’re not alone.

So many people want to know – Where can we get these?

Don’t fret, my friends. For $9.98 you can get 28 of these quirky and creepy Valentines on Amazon.

Just make sure you read some of the reviews. Either to know what you’re getting yourself into, or just for fun.

Angela was not having it for her second grader. And we can’t say that we blame you, Angela.

However, we’re grateful for the comedic relief these weird ass valentines deliver.

But, mom Abbey Busch who shared these on Facebook ended up having her daughter Ella hand them out anyway because her daughter was so excited and thrilled with them.

“She’s already labeled the backs & is so excited, & made sure each classmate got the “right” animal. Keep in mind these are going out to a bunch of Kindergartners.”

And, having known a few Kindergarteners in my lifetime, I have to say that although they can read, they’ll definitely be more excited about their animal friends than the creepy, deep, spiritual messages some of these cards provide.

At least we hope so.

?? I can’t stop laughing: I’m about to go out of town for a few days & I was just trying to make sure I had everything…