The coronavirus epidemic isn’t funny. In the past month over a thousand people have died from the mysterious illness and tensions are high as the world tries to prevent a global catastrophe.

Although the majority of cases are still centered in one Chinese city, people everywhere are on edge, wondering if the disease has made it to their hometowns.

It’s easy then to imagine the chaos that ensued when two teens stepped onto the New York City subway on January 31st wearing full Hazmat suits, and carrying a plastic container of an unidentified red liquid labeled “WARNING.”

The boys, David Flores and Morris Cordewell , immediately drew a lot of attention, but the situation nearly erupted into pandemonium when one of the young men pretended to fall and purposely spilled the liquid, later revealed to be a combination of Kool-aid and soap, all over the L-Train’s floor.

In the video, the two never explicitly say that the vat contains coronavirus, but it is certainly implied as you can see in the video below:

It’s apparent the other riders on the train were afraid, and rightfully so.

Before Flores and Cordewell spill the container, many passengers can be seen eyeing them suspiciously and asking about its contents.

When the red, sudsy fluid sloshes down the aisle, people on the moving train begin running to get away from it.

The boys insist that this was a harmless prank, intended to bring levity to a topic fraught with anxiety, but to many on the Internet, their joke didn’t land.

It’s clear that it was in poor taste, but the young men explain that the other passengers appreciated their comedy and thought the stunt was funny.

I can’t help but feel for the poor transit employee who was tasked with cleaning up the mess, though.

Or what if the liquid splashed onto someone’s clothing or ruined their nice shoes?

Not to mention the fact that soap is slippery and someone could have fallen. I just wish the teens had been a little more considerate. 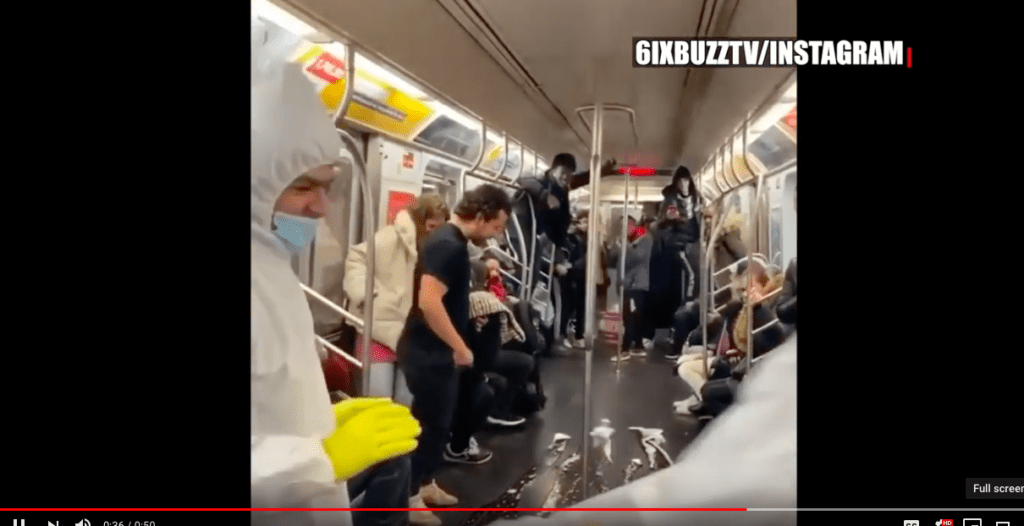 Luckily, this was a “no harm no foul” situation, but it’s easy to see the many ways a prank like this could have gone terribly wrong.

In a worse case scenario, people could have been hurt rushing to get away from what they thought was a hazardous material.

It’s never a good idea for people to try to flee a moving vehicle.

I know if I had been there, an event like this would have been the catalyst for a full-blown panic attack.

And, these teens aren’t the first ones to pull a prank in relation to the coronavirus. One teenager in the Chicago are has been charged after walking through a Walmart with a sign saying he had the coronavirus and spraying lysol around the store.

Most of us have enough sense to know that coronavirus isn’t a liquid that can be transported in a plastic tub, and if it were, it’s unlikely that the CDC would risk bringing it on public transportation.

Still, there are a number of other dangerous substances that could have been in that container, and when most of us see two men in Hazmat suits, our initial reaction is apprehension.

Practical jokes can be hilarious. There’s a reason Candid Camera was a popular show for several decades, and we all loved Punk’d in the early oughts, but these shows usually understood one of the most important rules of comedy: “don’t punch down.”

That means the joke isn’t funny when it comes at the expense of a person, or a group, that’s less powerful, victimized, or suffering.

Making fun of the downtrodden isn’t comedy gold. It can be straight up bullying.

The teens behind the prank aren’t bullies, of course.

They’re teens trying to break into comedy, which is actually awesome, and they probably still have more to learn about what works and what doesn’t.

In this case, the joke didn’t work for a lot of people. 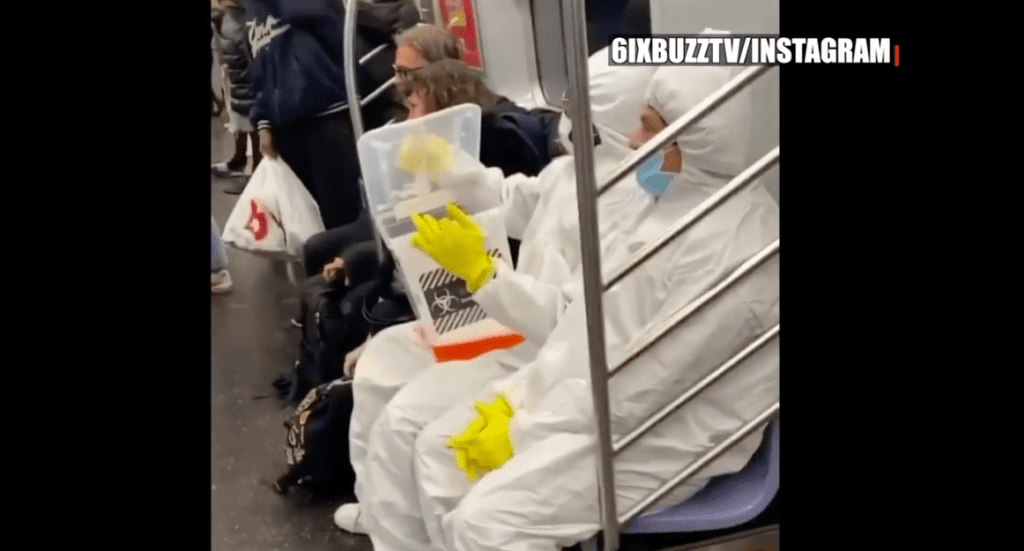 MTA Chairman Pat Foye was one of them. Foye called the stunt “irresponsible” and has referred the matter to the NYPD.

To date no charges have been filed against the teens, but we can hope they learned a lesson.

The boys are quoted as saying they just wanted to “make light” of the coronavirus crisis, but frightening unwitting subway passengers probably isn’t the right way to lift people’s spirits in difficult times.

The joke could have resulted in some serious consequences, and I’m glad it didn’t.

Coronavirus has people on edge, and many thousands of people all over the world are suffering.

People everywhere are nervous trying to sift through contradictory reports and misinformation. Many are trying to deal with panic and grief.

The variables and unknowns in this situation are concerning. We simply don’t know enough about the virus or its future path yet to feel reassured, so let’s be real – right now probably isn’t the best time to kid around about it, ok kids?

Girl Imitates Her Mom Working From …

Working from home often appears more glamorous on paper than in reality. Sure, the commute is short. The coffee supply … Read More

Remember back at the beginning of your relationship when things were hot and heavy? When you couldn’t wait to rip … Read More