If you’ve been feeling fatigued by the constant barrage of bad news clogging up your newsfeeds, take heart because we have something magical to share.

Harry Potter is returning to Hogwarts for a 20th-anniversary special.

In a press release, Warner Brothers announced that our favorite Harry Potter characters played by Daniel Radcliffe, Rupert Grint, and Emma Watson will be back. 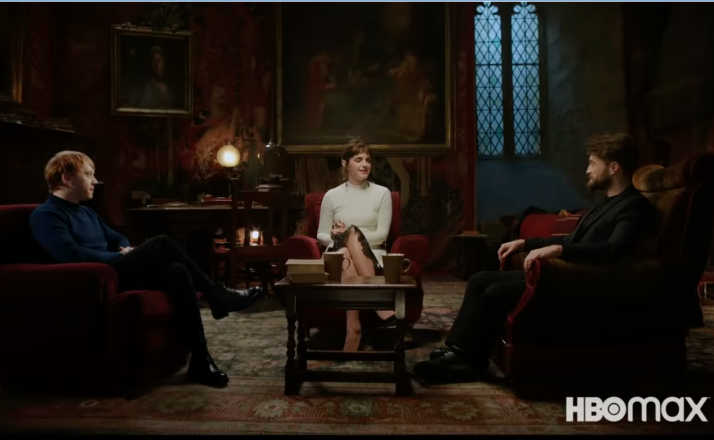 Other esteemed actors will join filmmaker Chris Colombus as well for an anniversary special to be aired at midnight on New Year’s Day, on HBO Max.

Harry Potter 20th Anniversary: Return to Hogwarts will include in-depth interviews and cast conversations that will span the entire eight-film franchise.

It feels fitting that this retrospective Harry Potter return will drop at midnight as we cross into a new year – kind of magical, even.

Sadly, even the promise of endless pints of butterbeer couldn’t convince my exhausted, frumpy mom bod to stay awake until the witching hour. And even if I could, I don’t get HBO Max.

If you can’t watch on HBO Max either, have no fear because there are plans to rerun the special on TBS and Cartoon Network in spring 2022 ahead of the premiere of Fantastic Beasts: The Secrets of Dumbledore. The dates and times are yet to be announced.

“It has been an incredible journey since the debut of the Harry Potter and the Sorcerer’s Stone film, and witnessing how it has evolved into this remarkable interconnected universe has been magical to say the least,” Tom Ascheim, President, Warner Bros.

“This retrospective is a tribute to everyone whose lives were touched by this cultural phenomenon-from the talented cast and crew who poured their heart and soul into this extraordinary film franchise to the passionate fans who continue to keep the Wizarding World spirit alive 20 years later.”

I’m trying to decide which of the characters I want to see the most because let’s be real, after eight epic films in the series, there is a huge cluster of incredible talent that has appeared in Harry Potter.

But, the good news is we don’t have to choose.  Plenty of the cast will make an appearance in the anniversary special.

To get a glimpse of what is to come, you can check out the trailer now, but be cautioned, my fellow Potterheads – it’s a tear-jerker!

In that case, you can always pull down an old, dog-eared copy of Harry Potter, settle into a cozy spot with a blanket and some tea, and sink into the quiet of reading the wild, magical adventure of Harry, Ron, and Hermione.

Malaysia Ad Warns Women Not to…

“Don’t Wait Until She L…