Every mom feels guilt at times. It’s inescapable. This guilt comes from expectations and the belief that we’re falling short. And with so many expectations out there, WE’RE ALL FALLING SHORT.

We’re not doing enough, not doing things right, and completely messing up our kids.

I used to fall into this trap.

My first child needed to be potty trained by X time and eat Y healthy foods, and when things wouldn’t happen when they were supposed to, I felt so much guilt. And motherhood became a constant battle with myself.

When my second and third children were born, I was too busy to follow all the “rules.” And what a blessing! I learned to give myself grace and realized perfection doesn’t exist in motherhood. 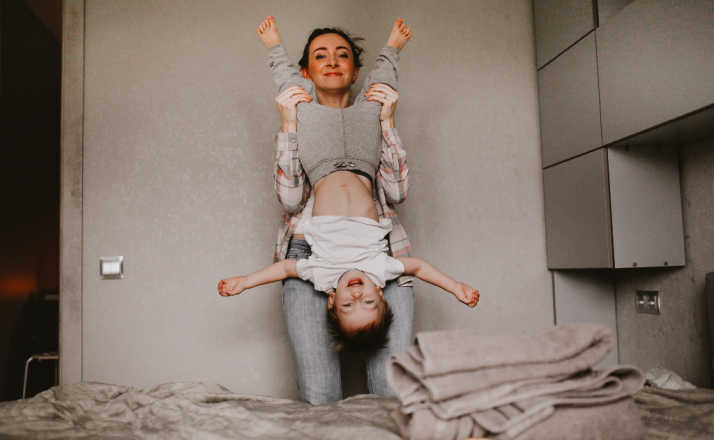 So now I won’t let mom guilt dictate my motherhood.

I won’t let the mess in my house ruin my time spent with the kids. I won’t let all the pending folding, the dishes in the sink or the idea of an organized home stop me from enjoying a game of Hide ‘N Seek.

I won’t let burnt toast or not being able to get my oldest to eat vegetables make me spiral.

I won’t let extra screen time in a day make me discredit the good moments.

Because I won’t let mom guilt dictate my motherhood.

I’m done being mean to myself on days where my hands shake from anger at my children, and my face grows hot.

Because I’m human and raising humans is hard.

If you care enough to have a healthy amount of mom guilt, then you’re a good mom.

If you love your children, then you’re a good mom

Motherhood’s raw and real and different for different people.

And we’re all enough doing it those different ways.

So, I’ll no longer let mom guilt dictate my motherhood.

Swimsuit Season is Coming and My Lady Bits Want No Part...

To The Cycle Breakers Who Didn’t Get To Have A Normal...