I first heard the term “virginity” at my babysitter’s house, watching “Grease.” It was the sleepover scene and Rizzo, decked out in a blonde wig, wailed, “Look at me, I’m Sandra Dee, lousy with virginity.”

My babysitter giggled. I did not. At that time, I had NO CLUE what it meant.

But it wasn’t long before my innocence was shattered. I heard rumors about the school “sluts” in the girls’ washroom. “Purity rings” became a thing. And losing your virginity? Was something that would change you forever.

Or at least, that’s what I thought.

But now, one mom is trying to change the narrative around virginity, and can we all say “A-freaking-men!”

“Name something about the way you raised your kids that people think is weird but you think is healthy?” 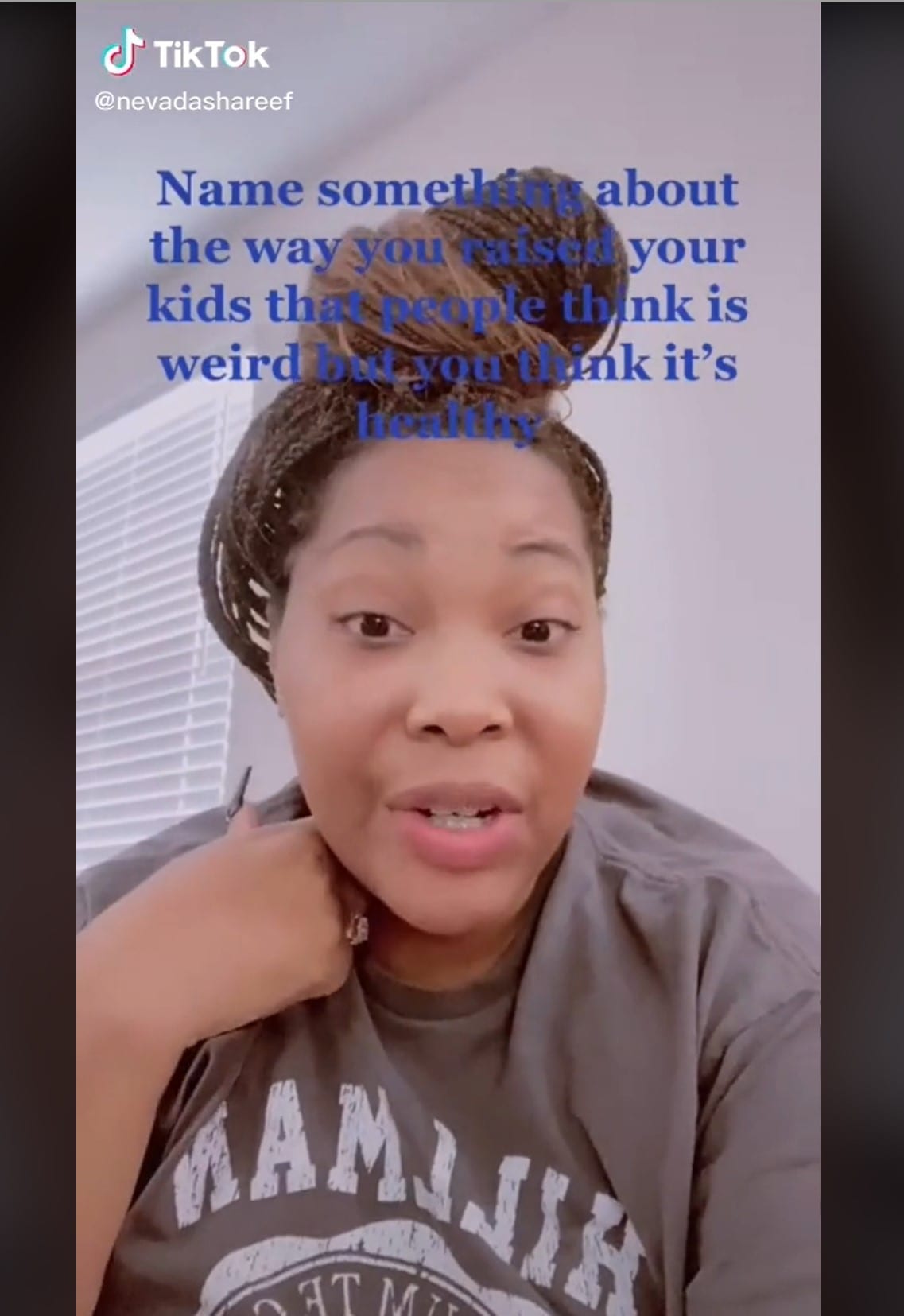 Most people simply responded to Shareef’s admission that she never told her children about Santa or the Easter Bunny because she didn’t want to “build their hopes up, only to have them crushed later.” And wow, did people have feelings.

However, one commenter chose not to weigh in on the Santa debate and instead, chose to speak her truth. To the tune of 2.5 million views and a whole lotta comments.

Cayce LaCorte, known on TikTok as @bookmama, decided to publicly state her views on virginity and they probably aren’t what you would expect.

The mother of 5 girls, ranging in age from 7 to 16, shared that she is raising her daughters to believe that virginity doesn’t actually exist.

I know what you’re thinking.

But take a moment and hear her out:

“It is a patriarchal concept used to control women and serves no purpose — other than making women feel bad about ourselves. Just because some guy randomly sticks his penis in you at some point in your life does not change your worth, it does not change who you are, it doesn’t do anything other than it happened.”

First of all, she’s not wrong. According to sociologists, virginity is not a medical or scientific term. It is a social, cultural, and religious construct.

Secondly, you don’t magically become someone else after your first time.

LaCorte believes that too much emphasis is placed on a girl losing her virginity and this can have detrimental effects on her self-worth.

Oftentimes the concept of losing one’s virginity is tied up with a ribbon of guilt and shame.

This isn’t to say that having sex isn’t important. It is.

She is aware that her ideas may seem radical to some. She says that she gets a lot of flak from other moms questioning, “Oh well, do you think that will make your daughters promiscuous? Don’t you think?”

To which LaCorte responds with a resounding NO.

“No, I am raising them to be good people and have solid foundations and make their own choices and make smart, intelligent choices — not because some book says not to.'”

After posting her video to TikTok, comments came pouring in. To date, there are over 24K. And almost all of them? Are praising LaCorte for her message.

Here is just a smattering:

Perhaps the most gut-wrenching and thought-provoking comment came from someone who had been raped:

And if this doesn’t make you start to question your own beliefs around virginity, I don’t know what will.

LaCorte responded to this comment with another TikTok saying:

“It breaks my heart because we put so much value on something that doesn’t f*cking exist. And we make it shape who we are and it doesn’t need to.”

A number of people also had questions. Namely, “how do you teach your daughters this?” and “how do you discuss the right time?”

As for teaching your kids, LaCorte believes in starting young.

“You start young. You focus on consent and on body autonomy…Consent is key…And then they get older…very honest about questions…You just make sure they can come to you for anything…And then you get into virginity and self-worth and you kind of build on that as they can understand it.”

LaCorte tells her daughters that the “right time” is when they can have an adult conversation with their partner about sex, including protection, consent, what they’re into/not into, etc.

Reply to @meghancarlisle7 I hope this answers your ?? I’m totally not a professional it’s just one ladies opinion.

Regardless of whether you agree or disagree with this mom’s view on virginity, having conversations with your kids about sex is KEY. Discussions around consent, body autonomy, relationships, orientation, intimacy, and self-worth are crucial. Because sex? Is really about so much more than just sex.


Oreo Has Created The Most Stuf Oreo…