Filter Free Parents
Home Mom Life Encouragement My Husband is NOT The Babysitter, Thank You Very Much

My husband and I started signing our mini human up for extracurricular activities because we heard that’s what you’re supposed to do at his age and we figured this is a good way to disperse the massive amount of energy he carries around with him.

The sport of choice this time is playball, which is soccer for tiny people. Our main goal is to tire the child out as much as possible before bed, and this is a sport that keeps the little guy 95% active for 45 minutes straight.

We take turns schlepping our wee-man to his practice, and this allows one parent to sit in silence for the time being. Once home, said parent has a turn to share some not-so-surprising-yet-still-funny stories about our son to the other parent.

The other week, it was my husband’s turn.

Among the funny stories he got to share, he also told me about a not-so-funny conversation he was roped into with a one of the mothers.

Mom: “Is your wife sitting out in the hall?”

As soon as he mentioned where I was, the mother gasped. GASPED.

She persisted to tell my husband that she would never trust her husband to “take care of these kinds of things”. She told him that she was amazed that his wife – me – allowed him to take the reins and bring his kid to practice on his own. Um, what now?

She then told him that it was “nice to see him babysit his child”.

Well, my husband – the straight-forward man that he is – was irritated by this comment and politely let the misinformed mom know that he does not babysit:

“Personally, I take offence to that comment. There are three things that I am not capable of doing: getting pregnant, giving birth, and breastfeeding. Otherwise, I father my child. I do not babysit my child.”

That colourful conversation ended there, and the two went back to talking about their future soccer champions while our kid took off to do the opposite of what he was told to do.

This begs the question: Why are fathers considered babysitters while mothers are considered parents?

While discussing this question with my husband, he divulged that he hears fathers say, “my wife is taking care of the kid” while he hears mothers say, “my husband is babysitting”. 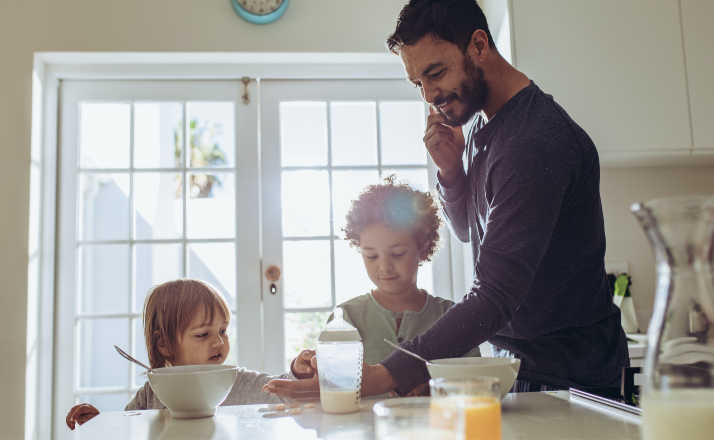 I think it’s pretty common to hear mothers say that their husbands are babysitting their children.

I mean, I’ve said it. I’ve innocently uttered “Dan is at home babysitting” when asked who is watching our son. And while I never meant to imply that I thought my husband is a babysitter, the term just spews out of my mouth like rehearsed lyrics.

Perhaps I mistakenly refer to my husband as babysitting because my son usually comes to me first for any basic needs. The kid could be literally playing with his dad and call out for me to get him a cup of water.

It’s true that our son comes to me first for comfort and to his dad first for playtime.

However, this is not to say that he won’t go to his dad for comfort or to me for playtime. We are both better at certain things and we both try our hardest to fulfill our son’s needs to the best of our abilities.

Unlike me, who is evidently neurotic, Mr. Dad is laid back about most things.

While the important rules apply with both parents – look both ways before you cross the street, don’t touch a hot stove, stop holding your penis – we have slightly different parenting styles. That being said, our son is a well adjusted, albeit wild child, who is parented by both parents equally. Balance, right?

As an anxious mother, I tend to feel the like I have to do everything all of the time. I feel like everything that involves our child falls on me. My husband has the privilege of constantly reminding me that my insane thoughts are exactly that: insane. The kid who lives in our house is his to raise as well.

It’s not necessary to ask him if he can watch our son while go work out in the basement. It frustrates him to no end when I behave like our son is mine and not ours.

My husband is no babysitter. He’s an awesome and engaged father. Times are different now and we need to change with those times.

Now, repeat after me: my partner takes care of my son, He does not babysit him.