My dad never called me pretty growing up.

Even on my wedding day, I have no memories of him commenting on my appearance. There, I stood in my off-white, overpriced gown waiting for the big doors to open into our Greek church where my dad would walk me down the aisle.

My dress was straight, beaded, and simple. My makeup was minimal. I wasn’t waiting for my dad to throw compliments at me, even on the day where I’d glam up the most.

Finally, it was time—our time. My three brothers stood inside the packed church on that steamy July afternoon ten years ago and opened the doors. Hundreds of people stood and the organ began to play.

He didn’t need to call me beautiful, even in my wedding gown. 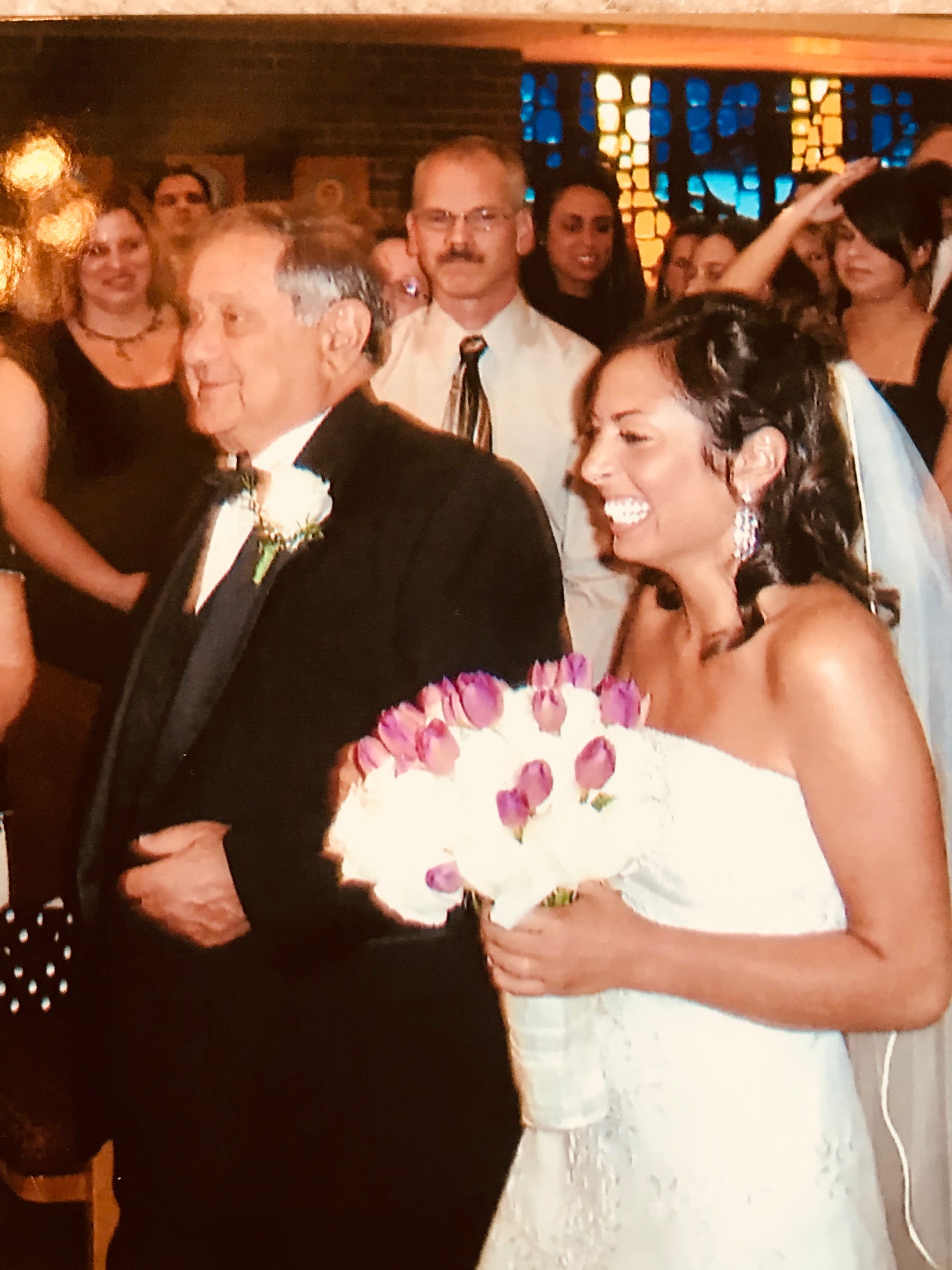 He had spent the last 27 years treating me like I was a beautiful human instead.

Being the only girl amongst three alpha-males, you’d think that I would have been treated like Daddy’s little princess—showered with comments on how dainty, frilly, and adorable I was.

But that wasn’t the case. Instead of doting on me, he just treated me like the boys. Nope, he wouldn’t notice me in a dress. Instead, he noticed me in my cleats before a soccer game. He’d often grab my shoulders boldly and give me a little shake. “You’re so strong,” he’d say. Or other times, he’d pat my back hard and say, “You’re solid!”

This gave me the confidence I needed on the soccer field and in life.

That fact that my father never poured the praise into my appearance like thick molasses didn’t phase me at all. It had the adverse effect, really. It taught me to never crave the approval of others.

In high school, and even college, when boys didn’t look my way, I didn’t flinch. I didn’t spent time worrying if my soccer thighs were too big or if I should wear plunging necklines to the bar.

I hadn’t thought about how my father never called me pretty until lately—now that I am a mother myself.

My daughter, now four, has heard me call her “cute” probably 942 times. Far too much. I don’t want her to believe that being cute is important. It’s not.

Instead, I want her to value her brains, athleticism, skills, and more. Yes, I want her to be confident in her skin. But calling her “cute” will not do that.

I’ll strive to continue to let her choose what she wants to wear. She already knows what feels good on her body. Every morning she slips on a pair of leggings and a dress that is form fitting on top and then flowy. She likes outfits that are slimming to her body but allow her to move.

I’ll continue to let her do her own hair, too. My confident girl already knows how she likes it—free just like herself.

The fact is that when I call her “cute,” she doesn’t light up or crave that approval.

So, I need to stop. And now. Because as we all know, the older girls get, the more emphasis society places upon their looks. I refuse to be part of that equation for my daughter.

Instead, I need to find ways to make her feel bold just like my father did to me.
Growing up, I never thought about the fact that my dad never called me pretty.

It helped me be confident in other areas of my life and to let them bloom instead. So, for my daughter, I hope I can pass that down to her, too. Instead of calling her “cute,” I’ll focus on things that matter: brains, grit, independence, and skills she’ll learn to hone.

Yes, if I play the game right, when the time comes for my daughter to walk down the aisle in her wedding gown, she won’t need the approval of anyone, either.

Woman Writes, “I Hate My Body…

The body positivity movement has come a long way. More and more companies are embracing diversity and it is reflected … Read More

For Mother’s Day, Kraft Is Go…