Becoming a mother changed my life in ways I could have never imagined. When I found out I was pregnant at 21, I was scared. I wasn’t ready. We weren’t married. We both worked at a bar and weren’t prepared for the turn our lives were about to take.

The minute my oldest was born, I remember the nurse saying “do you want to hold him?”…I literally didn’t know what to say.

It felt surreal. Parenthood was a steep learning curve for me and my (now) husband, but as soon as that baby touched my arms, he was mine.

I’ve now been a stay-at-home mom for 8 years. We’ve had two more children and got married almost 5 years ago. During that time we’ve had astronomical highs and rock bottom lows. We’ve overcome every obstacle thrown at us as a family and things have always managed to sort themselves out. Recently, however, I’ve felt helpless. 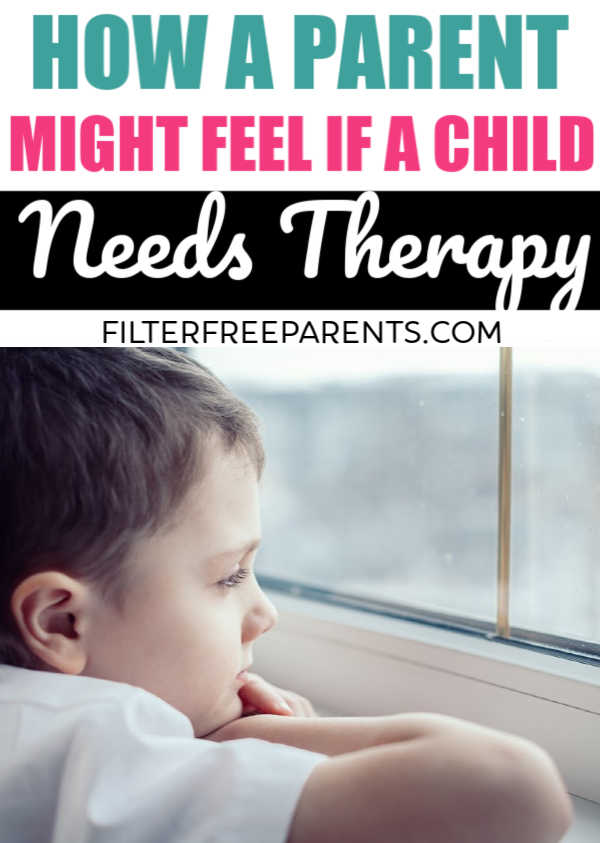 My oldest needs to see a therapist.

I know, it’s not the end of the world. It isn’t lost on me that there are others right now going through much worse. It’s hard for me to explain why this is affecting me so much, but I think it’s because I wish it was me instead.

I wish I could take away his stomach aches and insecurities.

I know how he feels, but I don’t know how to help him. I feel like if I helped him more with reading, he wouldn’t cry at school when he was having difficulty with it. I feel like it’s okay that I had to go to therapy, but I hoped that it was something he could’ve avoided.

I hate that I’m being so selfish. I hate that I’ve avoided taking him to therapy because I thought I could fix every problem myself. I hate that bringing him somewhere to help him makes me feel less-than. I hate that the exact stigma I speak out against so passionately didn’t carry over to help for my son.

Every time I feel like I’ve gotten a grasp on a new aspect of parenthood, the rug gets pulled out from under me and I’m back on my ass. I’m not an expert in anything except for trying my best. I don’t know all of the answers.

I can’t tell you that what works for my family will work for every family, but I will continue to share our truth and our journey. I want all of my children to have amazing childhoods and grow up to be well-rounded adults, and for now, that means that I need to put my pride aside and take my son to therapy.

This post originally appeared on Not Your Mama’s OCD