“What?” My ten-year-old responded to my husband’s seemingly out-of-the-blue comment. Even I didn’t know what he to what he was alluding.

“Pregnant women don’t act like that,” my husband continued. “It’s a stereotype. I just want you to know that.”

Ah, it made sense now. We were watching a TV show in which a pregnant woman had gone into dramatic hysterics and then demanded something akin to pickles and ice cream. Then she cried and yelled at her husband, hitting every pregnancy trope in the book.

I hadn’t caught it myself, but I’m not surprised my husband did.

We’re pretty lax about our kids seeing swearing and sex, even sci-fi violence like in Marvel movies – but we call out sexism, racism, homophobia, and any other kind of messages of bigotry when we see them. Even the subtle ones. Especially the subtle ones.

My husband is particularly in-tune with it, so it isn’t shocking that he wanted my son to know that pregnant women are still rational women, and shouldn’t be infantilized like that show had done. 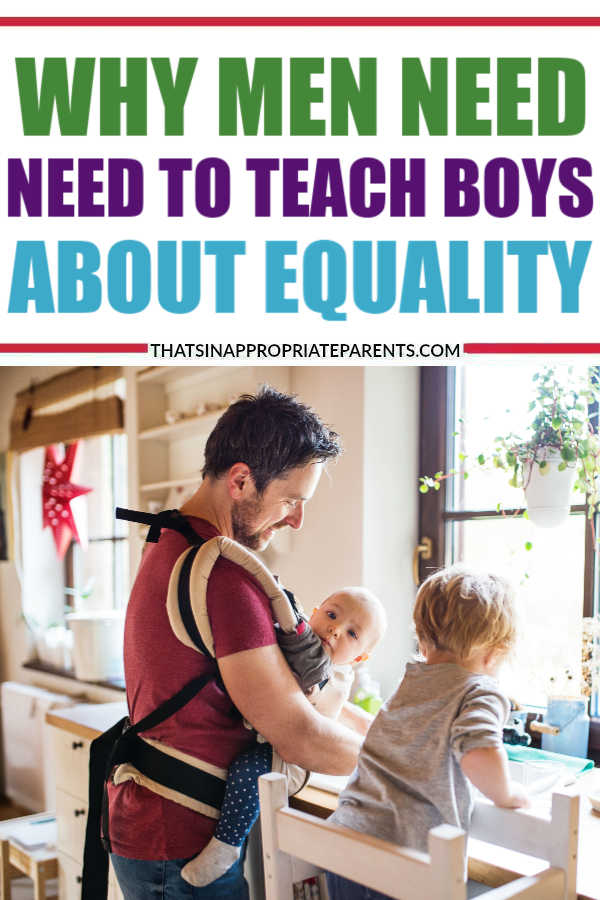 We are raising two boys in a world where men have privilege, and we are both keenly aware of that.

We take our responsibility to raise kind, compassionate, respectful men very seriously. It’s all well and good that my boys are getting these feminist messages from me, but they land even harder when they come from their father.

My husband’s feminist lessons extend past calling out problematic messages on TV. He weaves them into our everyday lives.

The other day, I overheard him explaining to our oldest son that when someone says stop, you need to stop immediately. That you cannot – ever – try to pressure or force someone into doing something they don’t want to do. My son is ten.

The situation arose because he was trying to coerce his younger brother into playing a game he wasn’t comfortable with; but I took note of the way my husband was speaking to him. He was laying groundwork for lessons on consent.

My husband allows our sons to dress, play, or make-believe any way they wish.

He is as happy watching them goof around in tutus and rocking their baby dolls as he is seeing them play Transformers and superheroes. He proudly marched around a Paper Bag Princess last year for Halloween, and dropped off The Wasp, a female superhero, at school this morning for the costume parade.

My husband gathered the boys to watch tennis with him – the infamous Serena Williams/Naomi Osaka match – because he thought it would be good for them to see two strong female athletes giving it their all.

He will not tolerate statements that place any gender as inferior, and talks to our boys about fighting for equal rights.

He talks to them in kid-friendly terms about things like #MeToo and the Women’s March. He leads by example, making sure they know that he and I are equal partners in this family, and of equal status and importance in this world.

He even (hold onto your hats) taught them to put the seat down. I sent my mother-in-law a thank-you for that one, she taught him well. 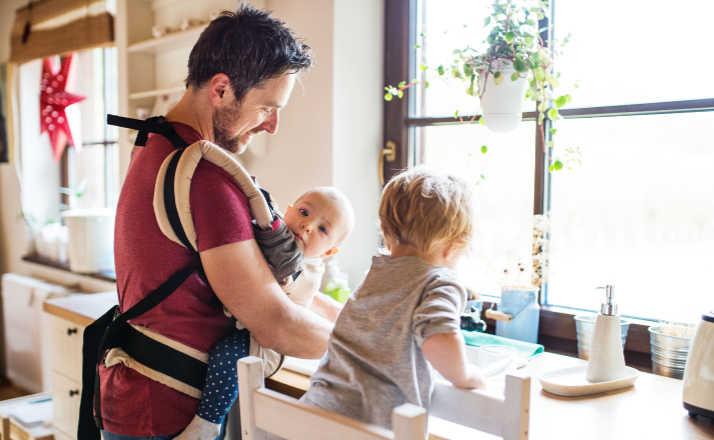 Each day, my husband reminds me with his actions that it will take more than the efforts of women to make this world better for all genders.

We need men to get on board and hold their own accountable for their actions. We need to teach our sons better, but as importantly, we need the men in their lives to show them with their own behaviour what is right and just.

And my boys are responding.

They have begun calling out the sexism before we get a chance to.

And P.S., any men reading this – there is nothing sexier than a man teaching boys about equality.

Hilarious Viral TikTok Is For …

Remember on your wedding day? When you gazed lovingly into each other’s eyes and declared your unending love and adoration? … Read More

Punishment can be a tricky topic to discuss among parents, as opinions on the matter can vary widely. Some parents … Read More