And then they do. And we clap and we cheer and we throw our hands in the air in victory. And then, from that moment on, they just keep talking. And we beg them for just two minutes of silence. And they never ever give it to us.

They’ll say the word “poop” so many times you’ll think your head is going to explode into a billion pieces. Seriously, you’ll have conversations about poop frequently. Not every once in a blue moon, oh noooo no no, more like every few hours. They’ll talk about being regular regularly.

You can let them have screen time, and sure, it is going to give you some quiet, but guess what’s coming afterwards — a flood of words and stories and descriptions. And not just any descriptions, descriptions of some stupid squishy toy a family on YouTube opened up and pulled out of an Easter egg. YouTube is like reality tv for kids. YouTube is to 5-year-olds what “The Bachelor in Paradise” is to 27-year-old girls.

You may think that ignoring them is the right direction to go. It beats yelling, right? It beats losing your mind, right? WRONG. It’s wrong and let me tell you why. Because kids keep repeating themselves until you pacify their questions. I kid you not, my precious son asked me the same question 27 times in a row last week. I know, because I was so amazed at his sheer dedication I started counting.

I wasn’t being mean, I just didn’t want to agree to anything without knowing exactly what I was agreeing to, because somehow I’d over-looked the first part of his question, and all I could hear was “right, momma?” over and over and over again. I couldn’t respond because, what if I said “right,” and I was confirming that I would take him on a trip to Disney World next weekend? Or even worse than Disney World, Chuck E. Cheese? [Shudders.]

He’s great, but the kid has some serious lungs on him. 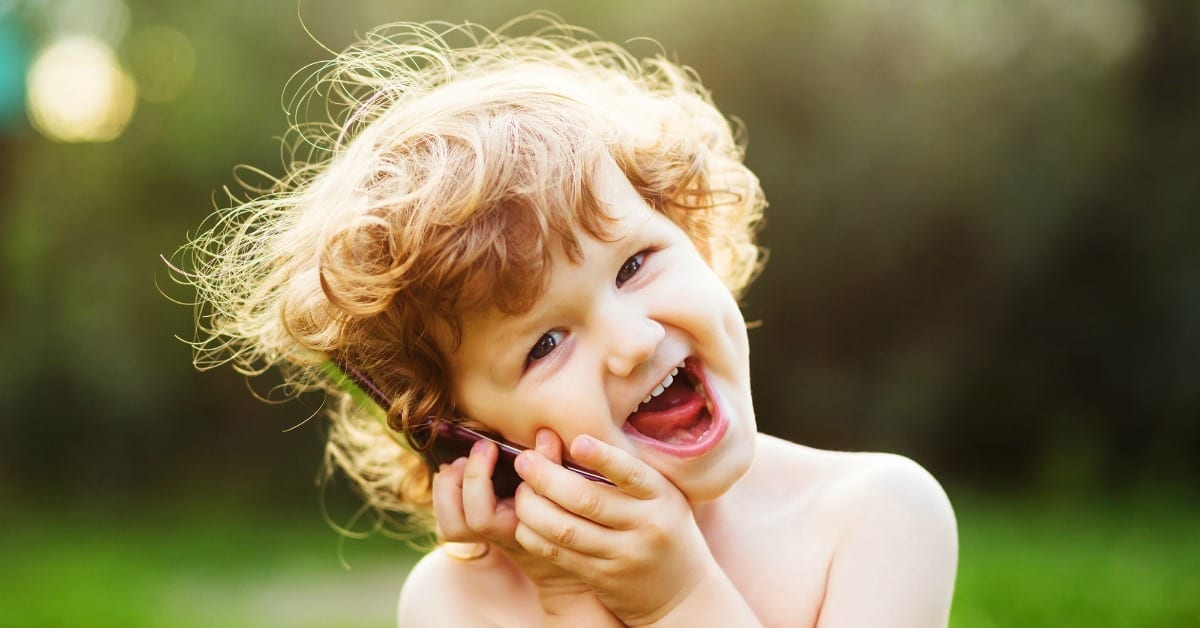 Before you let the never-ending train of words take you to crazytown, or even worse, to a place where you act like the Beast, and just go around stomping and snapping and roaring at everyone, here are six simple pieces of advice:

I’m not complaining. Honestly, I’m more impressed. Having that much to say is quite a feat. I’m thrilled my children can accomplish such an insurmountable task like talking non-stop. I just wish somebody kind would’ve warned me, and maybe bought me a nice pair of ear plugs for my baby shower.

Kids’ love may take up every nook and cranny in our hearts, but their words take up the whole space in our heads, from one ear to the other.

So for now, I will listen, laugh, and love, and listen some more. Because seriously, they never stop talking.

***I wrote this entire entry from the comforts of my closet with a bag of Vanilla Wafers nearby, because it’s the only way I could escape from their voices for 10 minutes of peace.

I love red lipstick, graphic tees, and Diet Dr. Pepper a little more than I probably should. Most days you can find me lounging in sweatpants, running kids from one place to the other like a crazy person. My family is my home and my passion is helping women find courage, confidence, and the deep-rooted knowledge that their life has a deep and significant purpose. Make sure to come follow me on Facebook.