Filter Free Parents
Home Health + Wellness No One Really Likes To Talk About the Rage That Comes From...

It’s taken me nearly a week to settle from the whirlwind of emotions that occurred in my house last week. It weighed heavily on my emotional and psychological well-being, to say the least, and my anxiety was in overdrive.

My high-strung six year old wasn’t able to catch his behaviours before they exploded, mostly because he’s six and still has a lot to learn.

He lied and protested and cried and yelled. He stomped and threw it down like he was the ring looking to win the Royal Rumble.

All it took was one episode that would cause a downward spiral that would ultimately set the tone for the rest of the week.

Nothing – and I mean nothing – could snap him out of it and you better believe that I fed on that energy to the point of exhaustion and rage. Rage.

No one really likes to talk about the rage that comes from anxiety.

No one really mentions what highly anxious people feel when they’ve reached their limits. In fact, I didn’t piece rage and anxiety together until only a few years ago, when I started noticing the correlation between the two.

Looking back, rage was always there, waiting for me to have enough.

I remember something wouldn’t go my way and sometimes, if I was in a mood, I’d lose my shit to the eleventieth degree and I’d become physically harmful to myself or my property.

In high school, while learning I had a problem, there were times I’d scratch my face up. Other times I’d punch my punching bag without gloves, leaving my knuckles scratch up and bleeding.

I’d hit my head, pull my hair, kick the wall, or whip something across the room, hoping for it break.

The feeling is like a volcano waiting to erupt. You try your hardest to keep the levels down – to keep the lava from spilling over and wiping out everything in your path.

I’m strong, but sometimes, I’m not. Sometimes I reach my limit and the top blows and I turn into the monster I try to keep locked up deep down.

Well, rage presented itself last week in the form on an awfully loud bellow. My voice reached a range I hope to never hear again.

My insides were crying out in agony as I roared.

My kid knew he went too far, but we were way past turning it around. The more he put up a fight, the more my anxiety heightened. The more he protested, the louder I got.

Instead of backing off like I do most days, I entertained. Instead of walking away, I engaged with the little boy who hasn’t reached the developmental stage to reason yet. 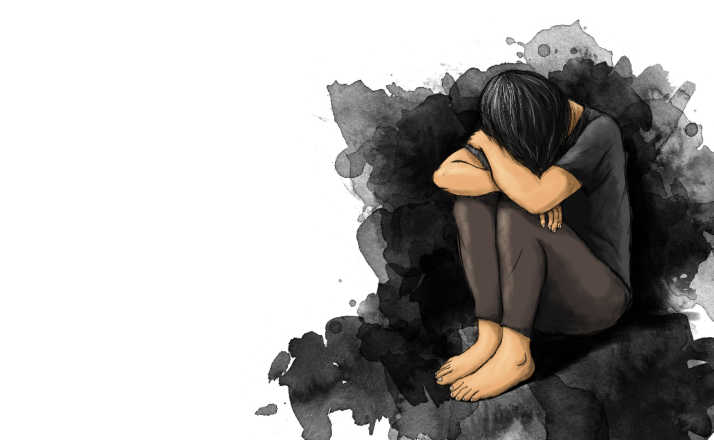 I scared my child and I didn’t care, not until the rage subsided.

And the rage did subside, but then I had to deal with the comedown. The comedown is just as bad. You feel guilt. You feel sadness.

You feel like you’ve betrayed yourself and your child. You’ve acted like a wild-animal and not your forty-year old self. You gave in to the madness instead of choosing a more productive way to handle things.

Once my breathing returned to normal, I snuck into my son’s room, gave him a soft kiss on his head and took this picture of him, sleeping soundly and peacefully.

I quietly apologized, something I’d have to do again the next day when he woke up.

And that, my friends, is anxiety dosed with rage.

It’s not fun or attractive or desirable in any way. It’s awful and embarrassing and frightening. It’s not what I want my child to see, but it’s the reality of what I live with.

I work hard on keeping my shit together, or at least, away from him.

My son doesn’t have a mad mommy. He has an anxious mommy who tries every single day to put her best foot first.

My son has an anxious mom who can be set off if pushed too far.

But my son also has a mom who works overtime on herself so that he can have a happy mom.

Being a parent with mental illness can feel defeating, but the door to the conversation remains wide open. It’s my job to explain what’s going on with me so that he can understand.

I think that as long as we keep things real and true, my son will learn to understand the illness and create his own pouch of resources.

And I will be there with him, every step of the way.

We hear a lot about kale these days, right? Kale is supposed to be a super-food: a dark leafy, green … Read More

Girl Is Physically Assaulted On Sch…