Filter Free Parents
Home Lifestyle Have Parents Gone Too Far in Teaching Kids to Be Assertive? 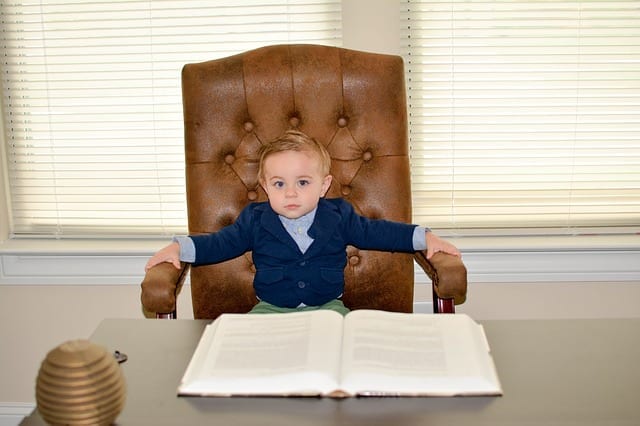 There is something to be said for teaching your children to stand up for themselves in the face of bullies, but somehow it seems that something went wrong along the way. Instead of a generation of young people who are no longer afraid of being bullied we have created a mindset that encourages our young people to strike first before they are struck. In so doing, they have become the new bullies of the 21st Century.

It is up to you, as a parent, to help your children learn the difference between being assertive and being rude, between working towards what’s rightfully theirs and feeling entitled. It’s time to take a step backwards to see what went wrong in order to help your children learn to get along in a world where there is just too much violence. Here are some things you can do.

Evaluate Your Stance on Faith and Values

Historically, many wars were the result of differences in faith and values. The one thing which parents can do to help their children get along in a multicultural world is to teach them that not everyone has the same faith. It is possible to peacefully coexist in a world where there are numerous world religions. Show them sites like Deily where it is possible to learn what others believe. Instead of asserting that their faith is the only path, why not help them learn that other religions do have common grounds?

The Difference between Assertiveness and Entitlement

There is something to be said for being assertive. This means that you don’t have to act contrary to what you believe in and you don’t have to allow certain behaviors in your home or in your presence. It does not mean that you can force others to believe what you believe or act as you want them to. That crosses over into the line of bullying. As mentioned above, many ‘religious wars’ were fought because one group wanted to impose their beliefs on another. You cannot force your beliefs or your point of view on another person or society. That goes way beyond assertiveness.

Also, being assertive does not mean the world owes you a living. If you work a job you deserve just compensation for your labor. You are entitled to the wages and working conditions you agreed upon when hired and as mandated by law. However, it does not mean that you can demand what you are going to get paid, make your own rules, come in and go home as you please or act like you are doing everyone a favor by working there. With so many people unemployed, the opposite is usually true! These behaviors boil down to a sense of entitlement that is prevalent in our society today and the economy is suffering dearly because of it.

The Art of Walking Away

In the end, as parents it is important to help our kids pick their battles wisely. Teach them how to simply walk away. Instead of duking it out, simply walk away. Is a child’s life worth fighting over something as trivial as who the best music group is or who has the best car? Just because your kids don’t agree with their friends doesn’t mean it has to turn into an all-out war – a battle of the wits. Teach your children that sometimes discretion is the better part of valor and the prudent thing to do is to walk away.

Take time this week to look around you. Can you see how kids are starting fights and acting inappropriately because they think they are being assertive? There is a fine line between being assertive and being rude and it is this line we need to teach our kids not to cross. Tomorrow will be a much brighter future if we can help them understand that you can still be courteous and assertive at the same time. This is where we have failed our kids, so let’s make it right.

We are living in THE digital age and there is literally an app for everything. While YouTube, Instagram and Snapchat … Read More