Parents are calling foul on a new “snack-down” that’s happening at a junior/senior high school in Pennsylvania.

The Aliquippa School District in Beaver County, PA recently declared that it is limiting what snacks students can bring to school.

As of Monday, students are only allowed one small bag of chips and a can or bottle of pop not exceeding 20 oz.

Additionally, any students who pack lunches to school must follow the same rules. To ensure compliance, they will have their lunches opened and inspected and will not get an allowance for additional snacks.

Anything surpassing the limits will be thrown out.

The policy comes after students showed up to school with shopping bags laden down with munchies.

The district shared the news on a Facebook post on Monday, where it quickly garnered hundreds of shares and comments (mostly critical) before being deleted.

According to the Miami Herald one parent commented:

“You’re going to tell parents what they can and cannot send for their child to eat? That’s absurd! Maybe if school lunches weren’t so tiny and gross they wouldn’t need to bring extra snacks.”

“Lunch Police, Maybe they should stay out of the parenting business and focus on giving our kids a quality education.”

However, not all parents disagreed with the crackdown. One person wrote:

“I don’t remember being allowed to have food outside of the cafeteria when I was in school, so I find it weird that the school district even has to request this.”

“I’ve seen some of the snacks kids are bringing in when I drop my daughter off. I’m asking my daughter like, ‘Are they setting up a small store? Why are they carrying a variety box of chips and two liters of soda into the school?’”

“Thank you all for your feedback. If you have children in the district please contact your building principal. If you are an internet heckler, continue as you were.”

It reads in full:

Due to the excessive amounts of outside snacks being brought to school (including but not limited to: shopping bags full of chips, bottled and canned drinks, candy, etc.), we will now be limiting what a student can bring. Beginning on Monday, April 4, 2022, each student will only be permitted one bag (up to 4 oz. in size) of such items as potato chips, Cheetos, Doritos, etc., and one bottled or canned beverage (up to 20 oz.). None of these allowed items are permitted to be opened. If they are opened or a student has more than the permitted quantities, they will be disposed of by security, administration, or other designated school staff members. Also, if a student packs a lunch, these same guidelines are to be followed and lunches will be searched as well.

Thank you and as always, your cooperation in this matter is greatly appreciated!

Look, anyone who has kids knows, they will eat ALLLL the snacks.

However, it’s not just that these kids have a serious case of the munchies.

Turns out parent Janisha Walker wasn’t wrong. Some of the kids have been selling them to each other. Ha! Gotta love that entrepreneurial spirit.

Look, I can think of a billion other things kids COULD be selling. A 2L and a bag o’chips? Meh, kids have been side-hustling snacks since forever.

He told WPXI Channel 11 News that the selling or trading of snacks is causing arguments and distractions, so they want to minimize that.

In addition, Aliquippa school board member Catherine Colalella told the media outlet they’re viewing it as a safety issue.

She referenced another school district where kids were caught with edibles and doesn’t want that happening at Aliquippa:

“South Allegheny just had six students that had edibles. We don’t need to put our children at risk, we have to make sure they are safe within our buildings.”

She went on to say that no child will starve thanks to the free breakfast and lunch program the school provides.

If you happen to have children attending the Aliquippa Junior/Senior High School and want to voice your opinion/concerns, the school recommends contacting the district. 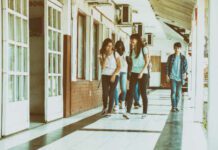 Every parent has sat through their fair share of miserable kid birthday parties. Fussy adult guests, overtired toddlers, and a … Read More

In a story right out of a true crime podcast, a Southern California woman is accused of allegedly trying to … Read More