I was not planning on writing about my first bikini wax.

But ladies – What the hell is wrong with you?!

Or maybe I should be yelling at the men. Or the Brazilians. Whose idea was this anyway? I should google that.

On a whim, I scheduled a bikini wax before my Florida trip.

I thought it would be nice to not worry about shaving. My sister highly recommended that I request the woman that does her bikini waxes.

The more my bikini area grew in preparation, the more nervous I got about someone ripping my course Mexican hairs out with wax. I brought up my upcoming bikini wax to every woman I know. I found out that I am the only one not waxing.

I also found out, “the first is the worst.”

“Oh, it will hurt. But this girl is fast. You will be done in 10 minutes. Use their lotions they give you afterward. That will help. Your first time will be the worst.”

“Yeah, I’ve had one. It hurt really bad. But my pain tolerance is very low. You should be ok. I’ve heard the first is the worst. But I’ve only had one.”

“I’m not going to lie. The first time will hurt. But it gets better after that and you’ll love it.”

“I mean it’s not fun. But it’s so worth it. The first is the worst. I’ll be getting one on that day too! Guess I’ll have a bloody mary that morning.”

I texted my sister in the parking lot of the wax place: Ok, I’m here. SCARED!

Sister: Ha! This will totally be blog worthy.

I walked inside. I was ushered into a room by a gorgeous woman.

Hi Julie. I’m Hollie. So you want a Brazilian today?

Hollie: The first is the worst. Take off everything from waist down and lay on the table with your feet together, butterfly style.

Oh. Ok then. Hello! No towel or sheet or anything.

I hopped up on the table. I arranged my legs butterfly style and stared at the ceiling.

I can never make eye contact with this woman again.

Hollie: Ok. I won’t be able to get everything because there is a cycle that hair comes in. I should be able to make you look good though. After your next appointment in about three to four weeks, you should be caught up.

Me: Oh, ok. That will be fine. I’m going to Florida on Monday. I just don’t want to have to shave. My sister recommended this place to me. She said you’re good.

Hollie: I thought you looked familiar! But then I saw you are a first time customer and got confused.

Me: Oh…yeah. I guess we look alike.

She better be talking about our face.

Me: I have two little girls.

Hollie: Are they going to Florida too?

She dumped baby powder all over me. She smoothed out warm wax.

I should have said I gave birth vaginally to explain myself. Ha! I crack myself up.

Hollie: What part of Florida are you going to?

Me: Um…the Keys. My husband is from South Florida. We have friends down there…

Hollie: That is awesome to have friends down there. I’m so jealous!

I just peed. Pretty sure I peed. Which way is up?

Hollie: Sorry, those were sensitive ones. Those are over.

My hands were covered in sweat. My sister’s voice was in my head, “the areas you don’t think will be that bad are the worst. The very top hurts so bad.”

I don’t want to do this anymore.

Hollie: I’ll do a couple clean up ones. They won’t hurt as bad. Promise.

Hollie: Ok, now for the butt strips. These are easy.

Hollie: Pull your knees up to your chest.

My arms shook while trying to hold my legs up. I felt warm wax applied.

Did I wipe good?

Why am I a woman?

Why am I Mexican?

Hollie: I’ll tweeze what I can of the smaller hairs. Those will come out nicely in 4 weeks. You’ll look good for Florida.

I felt dots of fire.

Hollie: All done! You look good. I’m going to rub some of our lotion to help with the redness. And I’ll give you some samples to take home. Once you get dressed, I’ll walk you out.

I paid and in my moment of pain-stricken horror, I made an appointment for four weeks later. The receptionist looked at my pale face and promised me it wouldn’t be as bad next time. I waddled to my car and texted my sister: NO! PUT IT ALL BACK!

I called my husband, Scott, in the car. I had to let him know this was his fault.

Me: SCOTT. I hate men. I hate Brazilians. I hate women that keep doing this to give the rest of us a high standard to meet. SHIT. Dammit, I almost hit a car. I don’t feel good. I don’t feel good at all. I’m going to throw up. CHUNKS, SCOTT. CHUNKS. 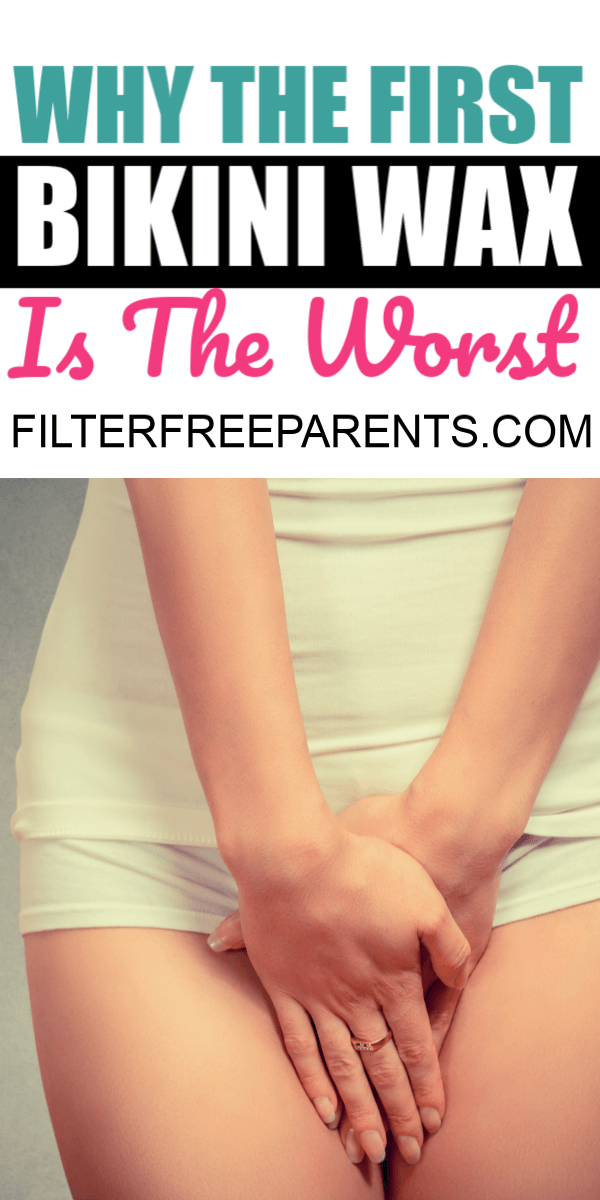 Scott laughed. I could tell from Scott’s laugh that he didn’t know whether I was really mad or joking.

I hung up on Scott for laughing.

I could feel the rips all over, radiating. I started to cry. I considered calling the wax place to tell them they need to warn first-timers to get a driver home.

I pulled into our driveway and waddled in our house. Scott saw me and tried not to laugh. He didn’t say a word. He pointed to the two Tylenols ready for me with a glass of water.

I sent a single picture text to every woman I know who has had a bikini wax:

I got LOLs and “the first is the worst” texted back to me.

I can only hope in four weeks they are right. At least I was warned – the first is the worst.

Flu season is nearly upon us; if you’ve ever had the misfortune of coming down with the flu, then you … Read More