Filter Free Parents
Home Kids Elementary When Parents Explain The Birds And The Bees – It Might Look...

“Dad, what exactly is ejaculate?”

There it is, the question that I’ve been waiting for all day.

“Boy, get the chips and salsa.” My gut tells me that beer would be a good thing too, but that’s a bad call. My boy is only eleven. We get the chips out and both sit at the table. I play Eye of the Tiger on my cell phone. I’m not sure why it just seemed appropriate for the occasion. Today at school, my son had his very first sex education class.

This is THE TALK. Of all the conversations that we will ever have, this is the one that he will always remember. My dad gave me this speech as we cleaned the guts out of dead chickens on the farm. I can still smell the outdoor musk and quote verbatim what he said. “Shannon, do you know what a vagina is?” he started.

One day, when my son is sitting around a table with salsa of his own, he will have THE TALK.

And when he does, he will remember his father telling him what ejaculate is. That sounded way better in my head. But let’s be honest, THE TALK is a father’s legacy. I’m guiding my boy through manhood.

“Alright,” I say, turning the music down because now we are all pumped up, “ejaculate is actually a lot of different things…” I go full on with the descriptions, but I use slang language as well. 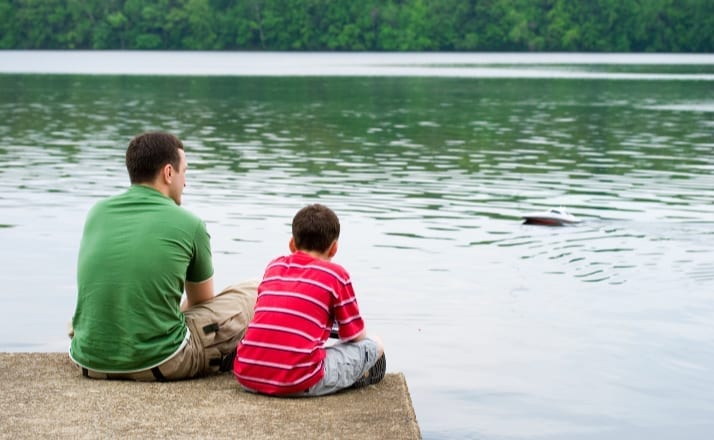 I remember what it was like to be an eleven-year-old boy. I remember how my friends and I talked.

I’m not only leaving my legacy, but I’m also combatting Henry from down the street and his internet knowledge of the human body.

I’m half Bill Nye and half Andrew Dice Clay. I throw in a bit of Discovery Channel as well. I want my boy to understand all of this. To his credit, he doesn’t giggle much. Nor does his face betray any feelings of embarrassment.

“You got all that?” I ask.
“Yeah. I think so. I’ve got another question, though.”
“Ok, shoot.” Hell yeah, dialog talking about sex. I grow a couple extra chest hairs by all the good fathering I’m doing.
“Henry said…,” Oh, Jesus, here we go, “that a girl’s vagina sheds skin every month.”

This is what father’s of young men are up against today. God Damn Henry.

“Ok, let’s unpack that. Women don’t shed skin. Your mother isn’t a reptile.” Inwardly, I suppress my own inner joke about Dad’s trouser snake because apparently, I’m still an eleven-year-old boy, too.

“It’s called menstruation. Women have a whole set of organs you don’t have.” I bring out my phone so we can begin show and tell.

He needs to know that the cervix isn’t connected to the bladder and that women don’t shed skin. This is different from my own education where the only “diagrams” we had were magazines published by Larry Flynt that we found in the woods. That’s not a joke. 100% true. My upbringing was different.

“That’s an ovary,” I say pointing at the picture. “That’s a fallopian tube. And here, the uterus. So what happens is…”

My boy looks on, asking questions as we go. Outside, birds chirp at bees as they fly toward my windows to get in on this masterclass of parenting.

“I have another question. I mean, I know what sex is…” You and Henry, sure thing pal. “But can you have sex if both of you are asleep?”

It’s a good question though and it opens the door to bigger topics.

“Boy, we need to talk about consent.” And then I lay into him. This is important. The boy was a bit confused about the actual act of sex and couldn’t quite reconcile what they told him in class versus what he was told on the playground. I can only imagine the hand gestures of our dear Henry.

I make a point to talk about alcohol, drugs, date rape and anything else that pops in my head. In the past, I would have thought this would have been common sense. But given what’s reported on college campuses, I think this is a pretty important thing to cover. Consent no matter what the gender. 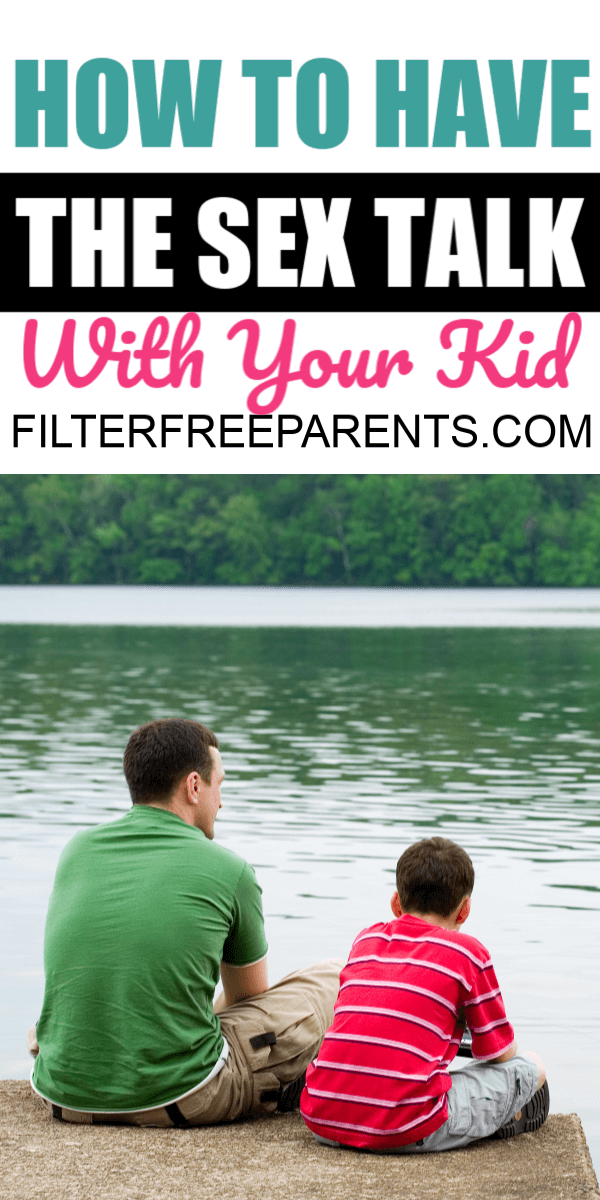 We are in a groove, and he starts asking rapid-fire questions.

“What’s morning wood?” He asks.
“A hard-on when you wake up. An erection.”
“Can you still pee with an erection.”
“Nope, but it helps if you think about grapes being squished.”

And yes, I show him the morning lean. Every guy out there knows this. We continue.

Every topic comes up, from the way his body will change, how to ask a girl out on a date, and how will he know when he’s ready for sex.

I think this last question is the toughest for us parents to answer.  Our job is to at least be as honest as we can.  And sometimes that honesty needs to be so crystal clear that to the outside, it may seem shocking.  I don’t have the greatest of answers, maybe one of you did.  But my answer is honest.

“When you are ready to buy condoms. When you can go down to the drug store, pick out a pack, and slap them down on the counter while waiving at your neighbor. If you can’t do that, then you’re not ready.”

Then we get into a conversation about the clap because good old Henry has been working overtime. Seriously, I need to get that boy over here and do this all over again.

We complete the ritual. This is a coming of age story.

And not for just my boy, but for me as well. There is something inherently manly about teaching your son about these things, about passing on knowledge that is so specific to ourselves. It’s oddly empowering.


Perineum Sunning Is The Latest Well…

Obviously there’s a lot of controversy about tanning. With the prevalence of skin cancer cases, the medical community urges caution … Read More

Carjackings Are Increasing at An Al…

“Are Bald Coochies Still In?&…

Hair trends come and go and sometimes, it can be hard to keep up. Remember the mohawk? Or when bald … Read More