They say there’s never a dull moment when you’re a parent.

I’ve always been fascinated by Sisyphus. According to Greek mythology, Sisyphus was a king who thought he was pretty awesome, and had this whole living life to the fullest thing down.

He lived for himself and himself alone, screw everyone else. Then he was punished for this lifestyle and sentenced to an eternity of pushing a big rock up a hill only to have it roll to the bottom again, repeat forever and ever.

Sure, it’s just a myth and meant as an allegory. Clearly the real story is that Sisyphus was living the high life, then became a parent and is now doing laundry all the fucking time.

It’s true, there are several WTF moments a day where you find your kid brushing their butt with toothbrushes, or covering the TV in Vaseline, but most of the time parenting is spent doing menial, repetitive, mind-numbingly boring tasks. 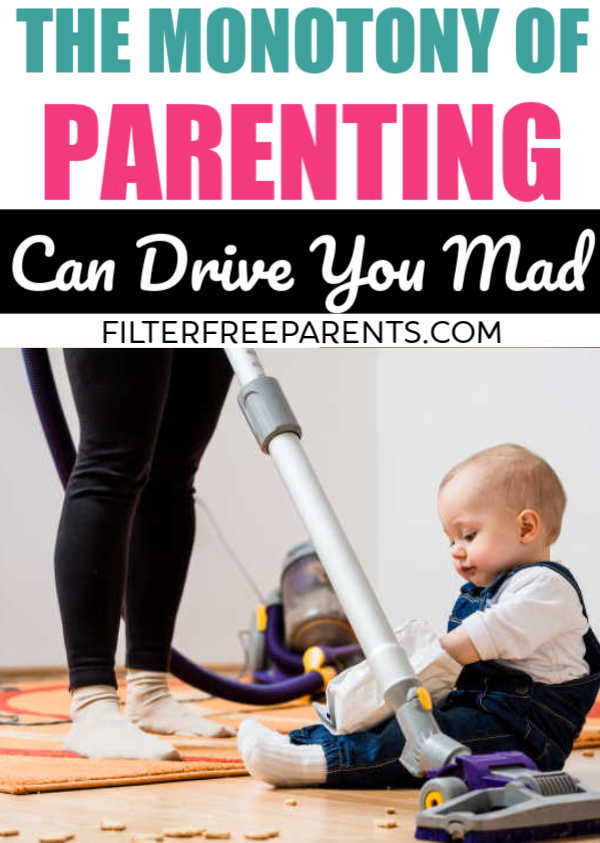 By nature, laundry is never finished – and I don’t mean it is in laundry’s nature, I mean Nature continually fucks us in the laundry department. Within three seconds of putting a child in clean clothes, they have spilled food on it, stained it with grass and mud, and pissed in it. All-natural, all-maddening.

Once, our washing machine broke and it took our landlords six weeks to fix it. We literally never caught up. There simply became a permanent pile in the corner of our room consisting of dirty, outgrown clothes.

We never got to it, because we could barely keep up with the current clothes, let alone the six-week backlog. When we moved, we shooed the goat off it and threw the whole damn thing away. It was the one and only time we were caught up on laundry.

Then there are the routines.

Morning routines, bedtime routines, breakfast, lunch, dinner. Did you know kids need to sleep and eat every day? It’s not that these things are difficult (well, minus bedtime which is just a nightmare), but they are so frustratingly monotonous. Maybe Sisyphus isn’t doing laundry.

Maybe he is making school lunches.

What about the stories? Always the same stories.

Despite buying half of the children’s section at Barnes and Noble, your child wants to read the same book over and over and over again. And is it a good quality, enjoyable for all-ages tale by a reputable author? Never.

It’s always, “Gerry the Giraffe Scratches His Butt” by Joe Blow who has to be the son of the publisher, there’s no other way this book that tries to rhyme “dawn” with “song” got published.

Then there are the stories your own kids tell

Then there are the other stories. The dreaded ones. The ones they tell themselves. The ones about Minecraft, or Pokémon, or Fortnite that go on and on until you are ready to rip your ears off and throw them at them.

And don’t forget the repeat requests

There are the ones they ask you, every day, multiple times, forcing you to repeat no until you are blue in the face, or give in, accept that they have worn you down, and eventually say yes. “Fine! Eat ice cream for breakfast, I don’t have the will to fight this anymore!”

And there are the ones you make of them, over and over, until they go to college. I’m contemplating making audio files that say, “Come here”, “Pick up your toys”, “Stop fighting”, “Don’t make me come up there”, etc., just to save my poor voice. 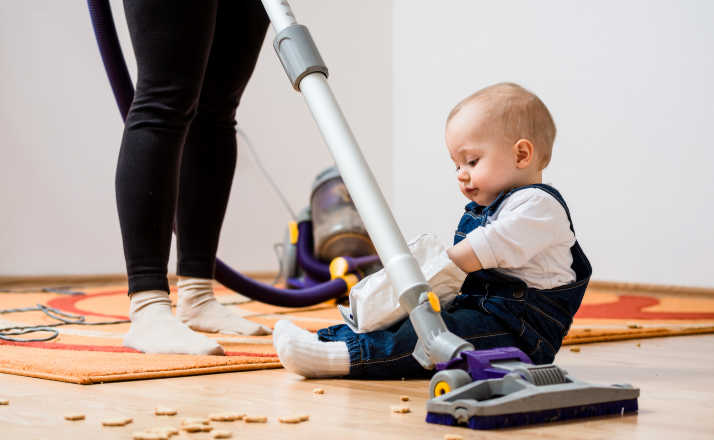 Einstein supposedly once defined insanity as, “Doing the same thing over and over again and expecting different results.” Sure, Einstein was a brilliant physicist and prominent philosopher, but guess what else he was – a parent.

I have no doubts he learned this lesson from his children.

Is the madness worth it? Of course it is! We would walk through fire for our kids, we will certainly wash their clothes and listen to their stories.

But the next time someone tries to tell you there’s never a dull moment being a parent, tell them a Minecraft story.

FDA Tweets “You Are Not …

Therapist Shares, “You Are No…

We are constantly bombarded with images of “the perfect home.” Pristine spaces with clean counters and even cleaner floors. There … Read More