“I miss Lacey.” Whenever I see the big tears forming in my ten-year-old’s eyes, I know this is coming. They are the same tears that flooded to the surface and streamed his cheeks the morning I had to wake him up with the news that his beloved pet had died just moments before on the floor outside his room.

Though nearly two and a half years have passed, we are still grieving her loss – especially my sweet, sensitive boy.

She was young – just three years old. And it was sudden. 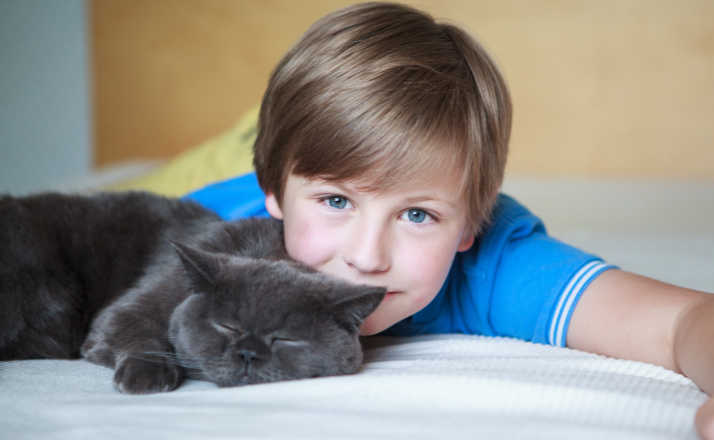 My husband had been petting her, everything absolutely normal, when minutes later her heard a weird meow from outside the bathroom and rushed out to find she was gone. There was no warning. She was here, then she was gone.

He woke me first. “There’s something wrong with Lacey. She’s dead.” It took me a few moments to process his words, but the still ball of grey fur visible from our door quickly brought what he had said into focus.

Our son began to stir, and we knew we needed to tell him before he saw her – a visual that would never leave him if he did. Running my hand over his hair, I leaned over my kid who suddenly seemed so little, and I broke his heart.

“Sweetheart – Lacey died.” His eyes opened wide as he struggled to understand what I had just said. Then as my husband quickly rushed our cat out of sight, my son lay in his bed, with fat tears soaking his face and pillow.

He clutches one of the many grey stuffed cats he has chosen as a representative of the loyal and protective cat who used to sleep beside him on his bed every night, and he sobs. Despite the passage of time, and the love from our two remaining cats, his grief continues to be raw and powerful.

His grief is more than sadness and heartache.

This longing for his cat has created a great anxiety within him about the afterlife. When he asks us what happens after death, we tell him the truth – that no one really knows for sure. This not knowing haunts him, in spite of anything we offer as reassurance.

My husband is an atheist. We have told him that what my husband and many people believe happens is that there is just nothing, the same way it was before we are born, and so there is no pain. This threw my son into an absolute panic. 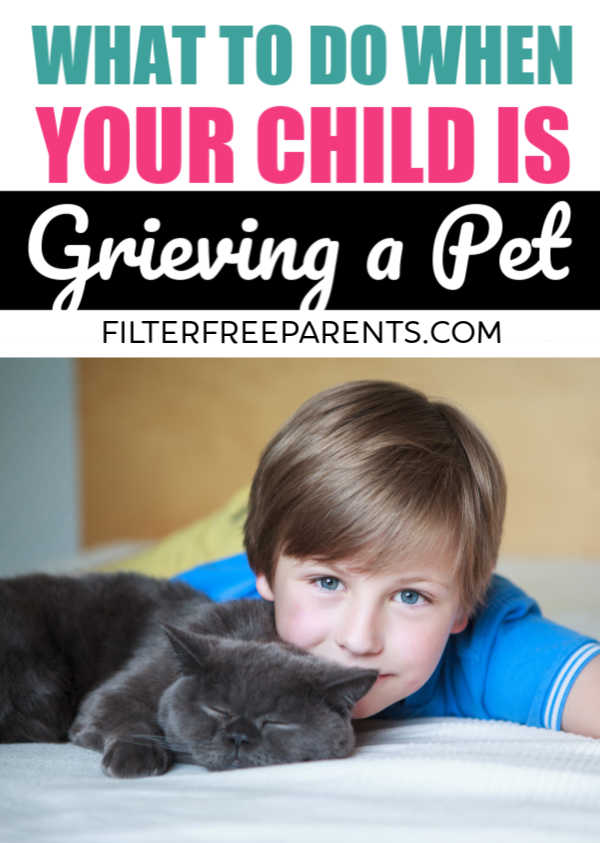 I told him that I like to believe in Heaven.

I like the idea that our loved ones are up there waiting to see us again, a long time from now, and keeping each other company. While somewhat more of a comfort to him, he wanted a guarantee I couldn’t give him.

We also discussed other beliefs such as reincarnation. Ultimately, we told him that no one knows for sure and that he should believe what he chooses to. It’s a big concept for a ten-year-old.

So far, what has offered him the most comfort has been combining several dogmas into one that makes sense to him, which we have actively encouraged.

But there is still the matter of his missing cat. His best friend.

The pet that was his above anyone else’s. She loved him – intensely. We hadn’t intended to bring two cats home the day we went to adopt the cat we had chosen online through a rescue agency, but the second these two saw each other we knew it was meant to be.

And so we brought home our new kittens, Cagney and Lacey. And from then on, she didn’t leave his side until we lost her.

We have lost pets before. We will, someday, lose the ones we have now.

But as much as he loved and loves the rest of them, no animal will ever affect him the way losing his beloved Lacey did. We will continue to support him and to grieve with him, hoping that this heavy heart of his begins one day to lighten.

We will continue to take him to counseling to work through all of these big emotions. We will all miss our little grey ball of fluff.

But she was his, and he was hers – and always will be.

I live in a community that has tennis courts, a hockey rink, basketball courts, a playground, and a splash pad … Read More