Sometimes I let my kids skip school for a mental health day.

Uh-huh. This wasn’t the first time I had heard this claim from my ten-year-old. I’ve become astute at sleuthing whether these claims are genuine, or more frequently, code.

When the ailment starts immediately after being asked to take out the garbage, and I catch him re-enacting all of the DANCES FROM FORTNITE two minutes later, before limping back into the room, chances are pretty good he is faking it.

But, sometimes kids need to skip school and have a day to regroup.

On this particular morning, I knew his leg was fine. But I let him stay home anyway. Why? Because it was obvious he just needed a day to regroup.

He isn’t a kid who typically fakes sick to GET OUT OF SCHOOL, and he never flat out asks to stay home. He had had a rough day at school the day before that had left him feeling anxious.

It was clear that day was an exception, and I allowed him to stay home and relax.

While I don’t make a habit of it, I do occasionally allow my children to take mental health days, my oldest in particular.

He suffers from ANXIETY, and things can get overwhelming for him. As a fellow sufferer of anxiety, I get it. Sometimes I take mental health days too. I work from home, and I work for myself, which affords me the flexibility to take a day here and there to invest in my own self-care.

Instead of falling behind, these days make me more productive for the rest of the week, and I end up producing better quality work for having taken the day off.

Working from home allows me to offer the same flexibility to my children to take a mental health day.

I knew on that day, he was not going to get as much out of school as he would taking a day to reset his brain.

Once, two years ago, my husband and I recognized he had been having a rough go, and we “kidnapped” him. We packed his backpack, loaded him in the car, and drove like we were taking him to school – and drove right past his school. We then informed him instead of school that day, he was going to the Lego store.

I have no idea what he would have learned that one day in school, but I can tell you that even two years later, he talks about that day he got to skip school and we went to the Lego store and what it meant to him.

We do have some guidelines, though.

They must be used sparingly

Typically about once or twice a year. This isn’t something we do routinely, and our children do not expect them. We save them for when they really, clearly need a break.

They can’t miss anything important

Let’s face it, not all days at school are alike. If they have a test that day, or a presentation, or they are learning something with which they struggle, they have to go.

We won’t be manipulated

This sounds hypocritical after admitting I let him stay home for a fake sore leg, but let me explain. When he claimed his leg was sore, he wasn’t trying to stay home.

Fake illnesses and injuries are usually his way of letting us know he needs some extra attention without coming out and asking for it (and sometimes they are a physical manifestation of his anxiety). They know better than to fake sick to stay home, etc.

But we know them well enough to know when they need a day.

They have to make up work they miss

When I take a mental health day, I still have to meet my deadlines. So do they. In truth, they usually do better making up that work than they would have trying to do it with a cluttered brain anyway. 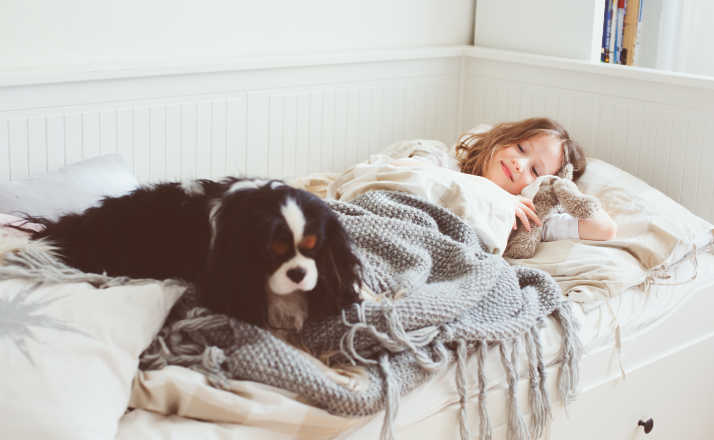 We address why they need the mental health day

If they are feeling stressed or anxious, we don’t just leave it at letting them hang at home for a day and then go back to normal. We talk about what’s going on, and strategize ways to help.

The day is used for a mental break, but it’s also used to talk with our kids about their struggles in a more relaxed, less pressured setting instead of at the end of a long, hard day when they are actively agitated and tired.

So yes, I let my kids skip school sometimes, but I do it with purpose, and they are better students, and more relaxed kids because of it.

They know we take their MENTAL HEALTH and well-being seriously, and they understand the importance of prioritizing self-care while upholding their responsibilities. Wouldn’t the world be a better place if we were all able to do this?


Kroger Being Sued for Selling High …

It is so hard to be a functioning adult these days. Am I supposed to walk 10,000 steps, or can … Read More