Filter Free Parents
Home Kids Elementary When It Comes To Their Cell Phones, My Kids Don’t Get Privacy

I was recently criticized for looking through my twelve year old’s phone without consent. There are so many opinions about this topic that I had to pause and think about my actions. Here’s why when it comes to their cell phones, my kids don’t get privacy.

Then I thought, “What was I doing so wrong that deserved such criticism?” Some people believe that children deserve their privacy. That it’s not OK to look at our children’s text messages or social media accounts to ensure their safety and the safety of others.

At the risk of sounding rude, why wouldn’t I check? 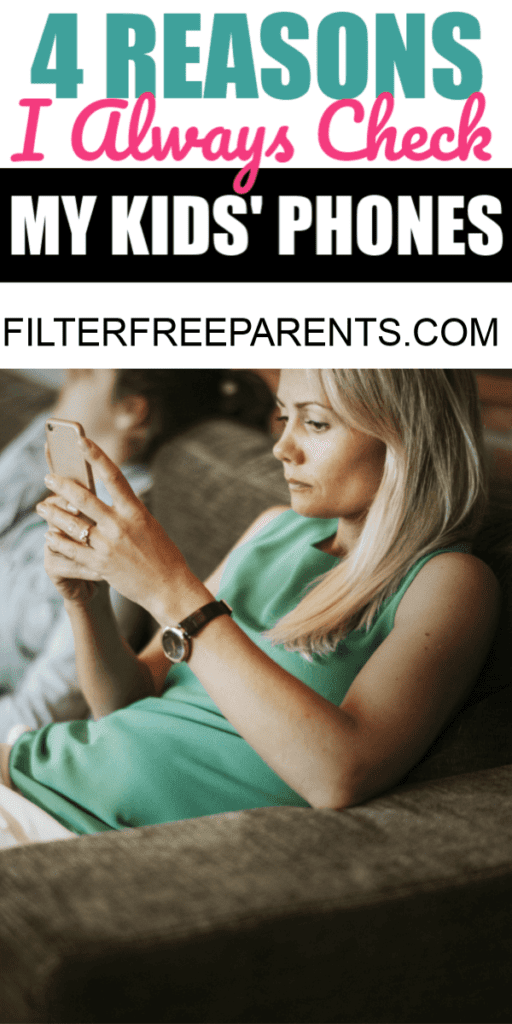 Here are the reasons why I don’t believe in privacy for my kids’ phones:

WHAT IF MY KIDS ARE GETTING BULLIED?

I truly believe that anyone under the age of sixteen does not have a right to privacy; At least not when it comes to their text messages and social media accounts. I want to know what’s going on in my kids’ lives.

There are way too many kids out there hurting themselves and others because they feel helpless. It’s a known fact that teenagers don’t like to talk about their feelings so they won’t tell anyone what’s happening. It saddens me when I see news stories of young children dying by suicide or harming others.

I don’t want my kids to be part of this statistic.  I will do everything that I can think of to prevent this from happening. If that means that I have to look through their phones and read their private messages, then I will do just that! Sorry but not sorry.

MY KIDS MAY BE BULLYING OTHERS

What if my kids are the one’s bullying others? Don’t get me wrong, I have great kids but that doesn’t mean that they are not capable of bullying others. Maybe I should have more faith in my kids. Maybe I should think that I’ve been such a good parent that my kids would never act in such a way. I think I’ve done a good job raising my kids but I’m not naïve enough to believe that they won’t make mistakes.

It is my job to make sure they are not participating in such acts. I mean, lets face it, they’re never going to tell me if they are. The only way I will know is by monitoring their messages.

I WORRY ABOUT SEXUAL PREDATORS

The access sexual predators have to young children is at an all-time high right now thanks to social media. Of course I have talked to my kids about how to use social media safely. I have also talk to them till I’m blue in the face about the importance of doing school work but I still have to ride their asses every day to get it done.

So why am I going to have full and total faith that they will listen when it comes to not interacting with strangers online? A stranger that will tell them everything they want to hear.

A predator who will say whatever it takes to make them feel good and comfort them when their parents “aren’t being fair.” Not to post what school they go to or what their birthday is or where they live on social media?

This is far too important to turn a blind eye to and I choose not to!

All the kids out there who fall into the trap of a sexual predator didn’t wake up in the morning thinking, “this is the day I’m going to get raped/kidnapped/murdered.”  Kids wake up thinking they are going to meet the love of their life and live a fairy tale with this “amazing person” they met online.

They also think that they are going to prove their parents wrong and bring home the perfect boy. 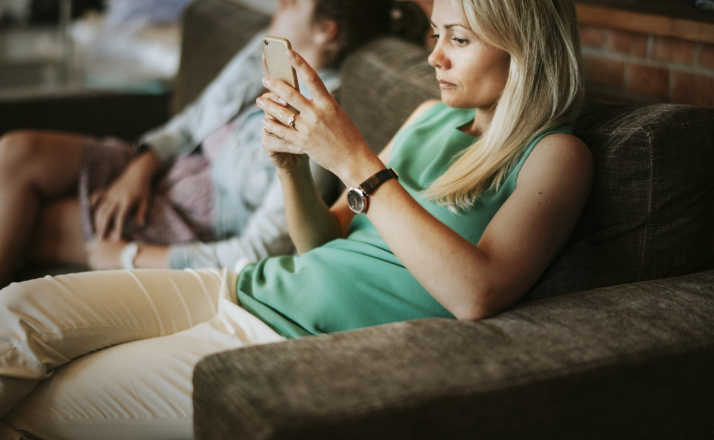 THE BOTTOM LINE – THEY DON’T GET PRIVACY, BECAUSE I’M JUST TRYING TO PROTECT MY KIDS

If you don’t agree with me, then that’s okay too.

Just don’t look down on me or any other parent out there who privately check up on their kids. We are only trying to be the best parents that we know how to be. So bottom line, I WILL look through my kids’ phones and whether or not you agree doesn’t change my opinion. At the end of the day, I believe that my opinion will protect my children.

Parents Are Sharing Their “Un…