Ah, leggings- how great are they?? I’m willing to bet that there’s at least a few pairs of leggings in your wardrobe; in fact, one of those pairs is probably your “good” (non-stained, non-ripped) pair. We girls tend to love leggings, & who wouldn’t? They’re comfy, versatile, and fit just right, regardless at what stage of life you’re currently at.

But there are some women out there who are vehemently opposed to leggings, but not for any fashion-related reason that might seem reasonable. In fact, one woman expressed her disapproval of them publicly… and blames them for unfairly tempting young men.

Maryann White, a mother of four sons, wrote a letter to the editor of The Observer, a student-run online publication for numerous colleges, to urge women to reconsider wearing leggings “for the sake of their own safety and self-respect.”

Whoo boy! Are you gritting your teeth in anticipatory frustration?

White opens her letter, entitled, “The Legging Problem”, with very clear intention; she immediately introduces herself as:

“I’m just a Catholic mother of four sons with a problem that only girls can solve: leggings.”

Ah, so any legging-wearing female is already inherently responsible for the “problem”, although we have yet to know precisely what that problem is. White goes on to explain that she has never understood the appeal of a clothing style that is so form-fitting. When her family attended Mass at the Basilica, she was aghast that her sons “couldn’t help but see the behinds” of several young women who were wearing leggings & short tops.

Apparently her four sons were helpless to avoid looking at the rear ends of these women, and White “was ashamed for the young women”, because:

LEGGINGS ARE SO NAKED, SO FORM FITTING, SO EXPOSING.

Riiiight. How DARE these women wear clothes that gave anyone the impression that they have -gasp- a human body?! 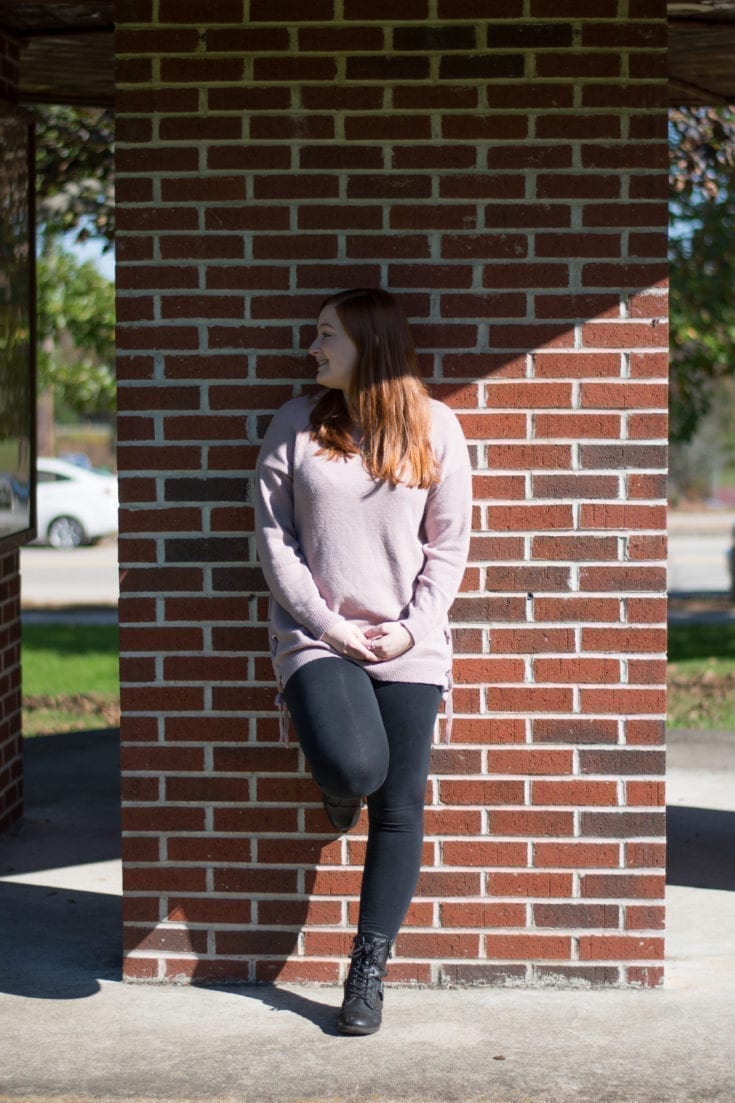 In a downright bizarre analogy, White then compares the wearing of leggings to Princess Leia’s skimpy bikini slave costume. No, seriously. She states that although leggings are of course not a slave costume, Jabba the Hutt tried to steal Leia’s personhood the same way the fashion industry has influenced all of us naive, clueless females to “voluntarily expose their nether regions in this way.”

So, basically, any of us who have opted to wear leggings are not doing so because we like them or because they are comfortable, according to Mary White.

We are more likely doing so because we have been brain-washed into thinking that leggings are acceptable when they reduce us to mere “babes” in the eyes of the men around us (and yes, “babes” was White’s exact word for how all men apparently perceive us if we wear them).

And while she acknowledges that sure, leggings are comfortable, she refutes this reasoning by pointing out that:

So are pajamas. So is nakedness. And the human body is a beautiful thing. But we don’t go around naked because we respect ourselves — we want to be seen as a person, not a body.

Leggings = NAKEDNESS. Apparently. And if you wear them, you don’t respect yourself enough to not allow yourself to be objectified, according to Mary White’s logic.

And if you’re not already enraged enough, please remember that this is strictly a one-sided perspective, & only applies to females. So I guess it’s fine for men to go shirtless at the beach. Or for men to wear spandex shorts when they’re jogging. Or for men to wear anything that’s form-fitting. There’s nary a mention of men voluntarily allowing themselves to be objectified in their choice(s) of wardrobe.

It’s also critical to note that White is the mother of four SONS. She felt led to share her angst about leggings with the world at large, & this is also the message that she has been impressing upon her sons.

But the lesson runs far deeper than Mary White’s criticism of women’s fashion choices; she is teaching her sons that women are entirely responsible for the (unwanted) attention that their clothing choices receive.

Consequently, women are responsible for any action taken by a man, who is apparently helpless to avoid it.

White implores women to rethink their legging choice, claiming that seeing them worn is really stressing her out:

(YOU, legging-wearing lass, are responsible for drawing this attention to yourself…)

But she’s just trying to “help”. Out of concern for YOU, of course. Totally.

For the Catholic mothers who want to find a blanket to lovingly cover your nakedness and protect you — and to find scarves to tie over the eyes of their sons to protect them from you!”

This sentence momentarily snapped me out of my rage; I cackled out loud as I envisioned some mom accosting me in the gym to throw a blanket over my running tights to protect my sweaty “nakedness” from the prying eyes of unsavory guys…

…but then I read the part about protecting men from our vixen-like leggings, and I felt angry & stabby all over again. Admit it- you did, too!

Mary White concluded her letter with a call to action, asking us all to choose jeans instead. Because our comfort, and OUR CHOICE, should come second to the poor vulnerable eyes of every.human.male we come into contact with:

“Could you think of the mothers of sons the next time you go shopping and consider choosing jeans instead?”

(Seriously, ladies. Stop being so selfish & wearing those lust-inducing leggings.)

Mary White’s letter has obviously received a firestorm of objections, with countless women posting pictures of themselves in leggings on social media, and a possible Leggings Pride Day being planned for the near future.

Because the reality is -or rather, SHOULD BE- that what we wear doesn’t define our worth. Nor does it make us responsible for the actions of anyone else.

What My Husband Said In The NICU That Changed Everything

With My Teen Daughter, I Walk The Line of Being Desperately Needed and Blatantly Irrelevant 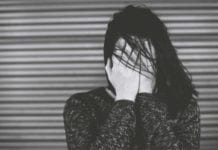 Woman Designs Her Own Quarantine Li…

What My Husband Said In The NICU That Changed Everything

With My Teen Daughter, I Walk The Line of Being Desperately...

The Weight Of The Past Six Months Caught Up With Me...