If men called out sexism, white people called out racism, and heterosexuals called out homophobia… everyone in the defending category would take a deep sigh of relief (Whewww).

It is mentally draining to be a member of a group that is being discriminated against AND always being the one advocating for peace at the same time.

How do we solve this issue? How do we get allies within the opposing parties to take a stand when injustices occur? How do we create this change for a better tomorrow, today?

As a mother raising a son, I am challenged constantly about what behaviors Romeo was born with versus ones learned through perceived societal norms.

I have frequent thoughts on what I have done to contribute to unconscious bias and prejudices in Romeo’s mind. For instance, Romeo’s room is and has always been the bluest of all blue and yet I wonder why he flips out if he receives a pink toy in his happy meal box.

“Pink is for girls!” he screams, and then demands we go back to exchange for a “boy toy”.

What have I created?

What have I said around him that created this insecurity in his masculinity so heavily associated with a color?

Someone once told me to raise my son like the man any woman would want. So, I have taught Romeo gestures like opening the door for women, walking on the outside of the sidewalk, pulling out chairs, and all other chivalrous things.

I didn’t stop to think how this would have an impact on the way Romeo views women.

Romeo performing certain activities only for women is sending a message that women get a special treatment because of “something”.

This “something” can be left for his brain to make its own false assumptions and lead to an unconscious bias against women.

As a southern-raised lady, I completely understand that opening doors can be interpreted as a sign of respect.

But I have learned that EVERYONE deserves respect which is why I teach my son not to open doors for women… if he is not going to do the same for a man as well. 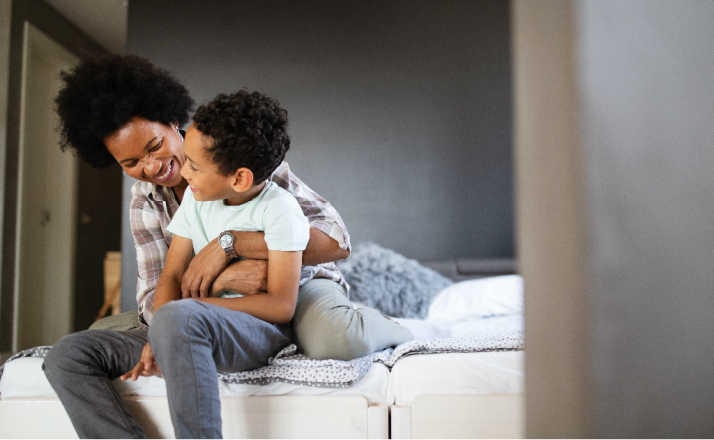 Romeo will open doors for everyone.

Men abuse women and they get arrested and women abuse men and the men get ridiculed.

For some reason, women are perceived as weaker than men, and this societal perception begins at the birth of a child.

The toys we give our daughters compared to our sons, the colors we make them wear, and the activities we make them do; all feed into this world of gender inequality which has created wage gaps, lack of career advancement, sexual harassment and unconscious gender bias for women everywhere.

I encourage Romeo to hold every human being with high regard. He now knows that women are not weaker than him in any category.

Instilling this behavior in Romeo will make him an ally to women being discriminated against.

He will help close the pay gap.

He will help create equal opportunities for women.

Most importantly, he will help destroy unconscious gender bias.

Raising our sons to see women as equals, as human beings that should be respected, and not treated special just because of difference in genital area will help create change.

My son will call out sexism and advocate for women being treated unfairly and I will make sure of it!

I am taking an active stance in raising a man that will not tolerate sexism, racism, or homophobia & I encourage all moms to do the same to ensure a better tomorrow, today.

Husband Rescues Wife From Bobcat At…