There are few moments in a person’s life as memorable as when the magic ends. When you step out of the gullible naive childhood innocence, and you become a little closer to adulthood. You stop believing in the Christmas magic. You know the gifts under the tree didn’t come from the magical Father Christmas. Instead, they were bought at department stores. They were paid for by your parents. These were the same people who went to great lengths to convince you, and they had lied to you. They were the ones who had eaten Santa’s cookies and nibbled bites off of Rudolph’s carrots. 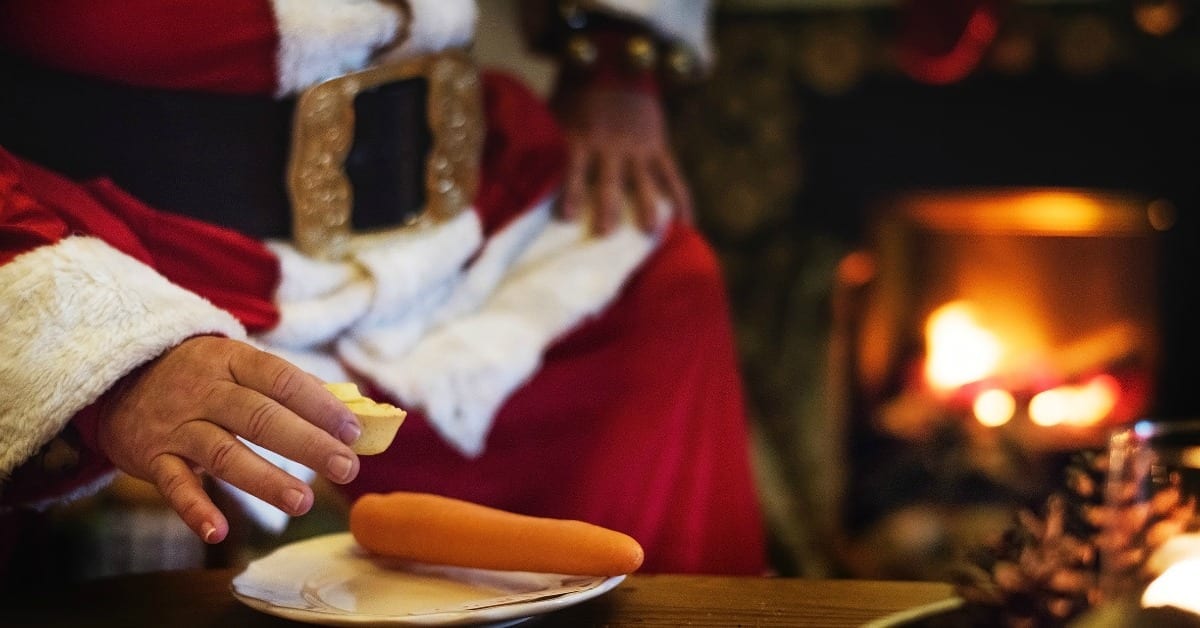 I remember standing in my parents’ bedroom. My sister and I had found our presents. We finally knew the truth, the giant whale lie was staring at us, naked and exposed. There was still one question left suspended in the holiday air. After discovering the presents, I waited until later in the evening to confront my mother.

“Mommy, Santa isn’t real, is he?” I asked with disappointed child eyes.

“Honey, Santa is a spirit who lives forever. His spirit lives on through generosity. The season is about giving. As long as we remember that, Santa is always real,” my mother replied with the honest truth.

What she didn’t know and wouldn’t know until a little over a decade later is how much help she had keeping the spirit alive. It wasn’t until my little sister and I were in college that our mother knew the truth. We didn’t know the truth ourselves since it was a story we didn’t dare talk about. We saw him. Yes, you are reading this right. My sister and I saw Santa Claus. He wasn’t kissing my Mommy either.

It was Christmas Eve 1980-something. I don’t remember the exact year as with age comes a clustering of memories. There my sister and I were, in our shared bedroom, not sleeping. We were anxiously awaiting the arrival of eight tiny reindeer and jolly old St. Nick. Every hour one of us would ask, “Do you think he came yet?”

The night grew into the wee pre-dawn hours of Christmas morning. Surely by now, Santa should’ve made his way to Appalachia. As bossy older sisters often do, I sent my younger sister out to check. Within a few minutes, she comes flying back into our room. She barrels back into her bed with a breakneck speed and buries herself under her blankets.

“Did he come? Are there presents?” I demanded an answer. We were losing valuable present play time.

She says nothing. She doesn’t move. She kept the pastel pleated rainbow colored comforter pulled over her head and body.

I sat up and was perplexed by her lack of words. Had Santa came? Had he brought our presents? I went to check for myself. I tiptoed out the bed. I go through the hall and reach the kitchen. There he was; Santa Claus was standing in our kitchen.

There stood a GIANT man in a dark burgundy velvet lined with white fur trim outfit. His ornate golden belt buckle caught the reflection of the colorful lights dancing in our living room from the Christmas tree. I remember the belt buckle with distinction because this was the first thing I could see as I stood at his waist level. I never looked up to see his face. The suit and belt buckle and the myth was enough for my child eyes. Much like my little sister had done before me, I also flew as fast as I could back to our bedroom. I pulled my rainbow covers over my head and didn’t make a peep. Neither of us slept, talked, or moved till 6 a.m. We went together to find presents. We never spoke about why we had to go together to find our presents that morning. It was an unspoken rule. Nothing was ever spoken about this Christmas morning until a family dinner when we had both come home from college over a decade later.

I can’t remember how this exact conversation started. It was a Christmas tale.

There we sat at an oak dining room table and one of us finally blurted it out. “Remember when we lived at the little house on Bradley Road?”

“Wait a second. You girls are saying you both saw Santa Claus?” our mother questioned such an outrageous claim which was coming from both of her grown daughters.

“I saw him. He was in the kitchen,” one of us confesses.

In the greatest excitement, we proceed to tell her our Christmas story. We tell her of the giant man in the luxurious Santa suit. And just as my Mother explained the spirit of Christmas, she gave the only rational explanation to our Santa sighting.

“Well, it was either our drunk neighbor or a burglar.” 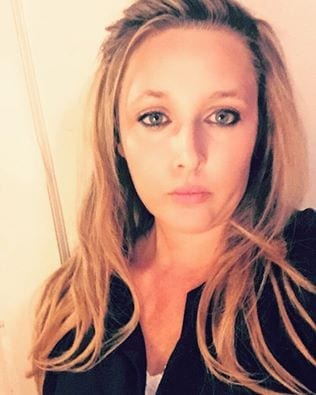 This post originally appeared on The Misfits Of a Mountain Mama

Rachel E. Bledsoe is an Appalachian mama and misfit. She writes about her adventures and heartaches while detailing her life’s journey on the site, The Misfits of a Mountain Mama. She also enjoys long walks on the beach, puppies and Marie Antoinette biographies. Her work can be found on Good Housekeeping, Cosmopolitan, Redbook, and Woman’s Day magazines. You can find her on Facebook at The Misfits of a Mountain Mama, or on Twitter @MisfitMtMama