My daughter recently turned six and I swear the second that hand reached the clock she actually turned 16. My sweet, innocent angel turned into a lazy, back-talking teenager.

Gone are the days of her sweet morning cuddles and butterfly kisses. Instead, I have a creature that evolves into a fire breathing monster when she doesn’t get her way.

As a precaution to other parents, here are 10 signs that your kid is practically a hormonal teenager: 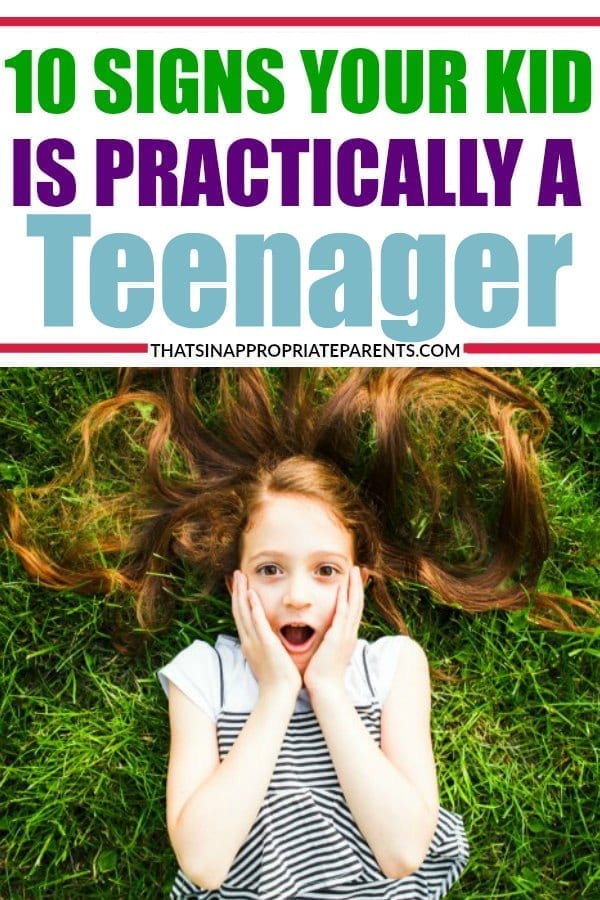 They Have Mood swings

For most parents, this will be the first sign. They notice their child has mastered “the look,” which may consist of squinted brows and eyes, a slight tilt of the head and a deadly stare. All are signs to run, run, run because that child is not having it.

Some days my daughter skips around our home like she is the happiest little girl on Earth. Then the next second she is crying in her room. I try to ask what’s wrong and then I get “the look.”

Kids say the darnedest things. And when they turn six, it’s not cute, it’s downright obnoxious. The older the kids get, the more they want to talk, on their terms.

“I asked you not to throw toys in the house,” I told my daughter.

“But it didn’t even hit anything,” she replied with a snarky tone.

Just as I think I am laying down the law, my daughter walks away and starts WATCHING HER TABLET.

Your Kid Is Making Messes Everywhere

Speaking of dirty clothes on the floor, I can nine out of 10 times find where MY DAUGHTER is based on the trail of clothes she leaves behind. And, like a teen, she expects everyone else to pick her up her mess.

My daughter doesn’t just leave toys around. She also leaves spills, some that we find when the stench is too much to handle.

“Remember to tell us when you spill things so we can clean it up quickly,” I always tell her.

It must go in one ear and out the other because the next thing I know I hear my daughter stumble with a cup of chocolate milk in her hand. She then gets up and goes into the living room.

I try my best to give her my own version of “the look.”

They Are Bored All The Time

With all the CLEANING and playing a kid could partake in, there should be no room for boredom right? Wrong.

My daughter has actually told my husband and I before that she was bored at Disneyland. How could anyone be bored at the happiest place on Earth?

Some kids need to be constantly entertained and engaged. It’s exhausting.

It doesn’t matter if a kid is six or 16, parents are evil. They make kids do terrible things, like brush their teeth and say ‘please’ and ‘thank you’.

My daughter is a mommy’s girl, but I see her distancing herself as the years go by.

I can tell my daughter wants to snuggle with me less. She insists on not needing my help and if I attempt to help I am the worst person in the world.

This sign is the most HEARTBREAKING of them all.

They Want To Do Adult Things

And since my daughter doesn’t need my help anymore, she insists on wanting to do what she wants, regardless of what’s appropriate for her age like wear makeup and stay up all night.

I remember wanting to be an adult when I was younger. I thought it would be more fun and I get to do whatever I want. Now, I just want to go back to being a kid. I tell my daughter all the time to enjoy being little. 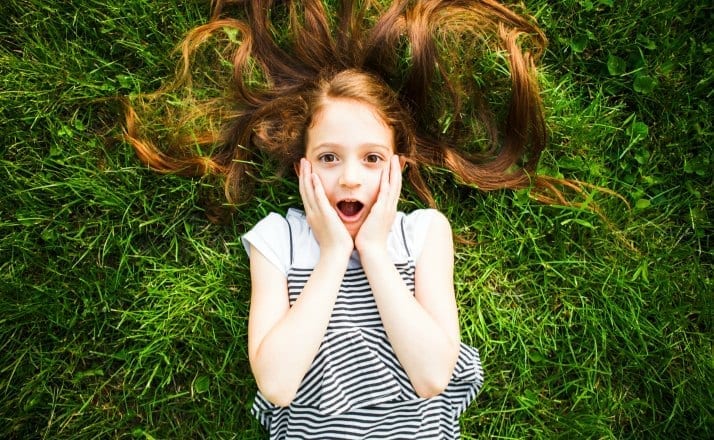 They Get A Little Lazier

I didn’t realize that some kids would rather sit or lay in bed and do nothing, much like an adult on a Sunday anticipating the dreaded Monday. My daughter loves to just put her butt on the couch and watch her tablet. If it was an Olympic sport, she would win gold.

And to be honest, I don’t blame her. Kids are expected to take on a lot, especially with homework and extracurricular activities, so I guess this warning sign should be expected.

School Is Not Cool Anymore

A lot of teens are not fond of school and my six- going on 16-year-old is one of them.

My daughter is going to start first grade soon and she already DISLIKES SCHOOL. She enjoys some parts of it like playing with friends on the playground, but when it comes to going every day and doing homework almost every day, she shows me multiple warning signs.  This is still a work in progress.

There is Constant Friend Drama

Drama is a fact of life, especially for teens. Never did I expect my daughter to have so much drama with friends at such a young age. One day she is playing with a kid and the next day that kid is no longer her friend.

Sooner or later they will realize friends are an important part of life.

As my daughter gets older, I feel like this is some sort of payback for when I was a kid and even worse, a know-it-all teenager.

Don’t get me wrong. My daughter has the kindest heart out of everyone I know and she inspires me every day. As much as I loathe her getting older and dealing with these irritating warning signs, I figure I can hang on for the ride because I love my little monster.