It was a typical Saturday. We were invited to a picnic, it was a small affair of my husband’s family. We were excited to see everyone.

Since the pandemic had had us at home for sometime only going out for basics and to Whit’s therapies and school. We smoked queso and made a pasta salad.

Loaded everyone in the car triple checked to make sure we had everything and off we went. We got there unloaded said our hello’s grabbed food and began hanging out.

Whitman likes to “explore” and exploring easily turns into elopement if we aren’t watching. I checked on him and he was looking at the tractor in the garage.

Whit loves tractors so he was excited.

One of the cousin’s was in the garage and he said: “He likes tractors like Reese must be an Autism thing.”

In my head I was thinking: “Oh no I don’t want to have this talk.”

I smiled and said, “It’s not. Everyone is different. Just like you may like something that everyone likes.”

I explained that Whitman had apraxia and his tongue and his brain don’t always get along so he uses an iPad, pointing, or sounds to communicate his wants, needs, and opinions. Then the bomb was dropped.

I’m still in shock that people, especially family, are teaching their kids this. The pre-teen said: “Oh so he’s “special” like his dad at least that is what my mom says. 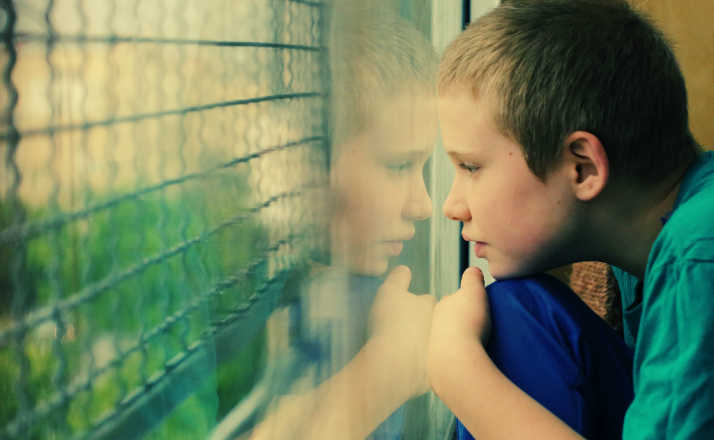 I was thrown off by this because my husband is quirky with an amazing sense of humor.

It takes him awhile to warm up and when he does you see that he’s the best human. So I explained that while Whit’s dad is a special human being he is smarter than anyone and designs cars for a living.

I’m dumbfounded that parenthesis “special” is still a thing.

I feel like I’m always on the defensive about Whit over basic human rights.

He should be able to look at tractor without someone assuming it’s because he has autism.

After that encounter I began thinking, what are 10 things that I want parents to teach their kids and themselves about kids with disabilities? Here they are:

They are humans and just want to be treated the same as you.

It always peeves me a little when kids talk down to Whit. He just wants to be accepted. Just because he doesn’t talk the same way you do doesn’t mean that his intelligence isn’t there.

He wants to be included in your conversations, asked about his life, he wants to have fun with you and be included like you would include anyone else.

Just don’t get down on his level and baby talk to him. He is almost seven, so he can handle the normal dialect. Just talk to him like the person he is.

Sometimes kids with disabilities need a break so they may walk away.

Whit is an amazing human. He knows when he’s had enough and walks away to self regulate. Sometimes it looks weird, rude, or as if he’s mad.

He’s not he’s just overwhelmed and knows when to walk away before he has a meltdown. We’ve worked on this for years so if you see him just walk away give him a minute he’ll be back when he’s ready.

Give kids with disabilities time to respond.

In one of Whit’s first speech sessions his speech therapist said that some kids have a delayed reaction time so if you ask something count to 10 before you ask again.

It takes practice. There are days where I fail and I ask after 3 Mississippi and it can cause some drama.

Normally Whit responds at 8 Mississippi. So let him process I’m sure he’ll answer you in someway. 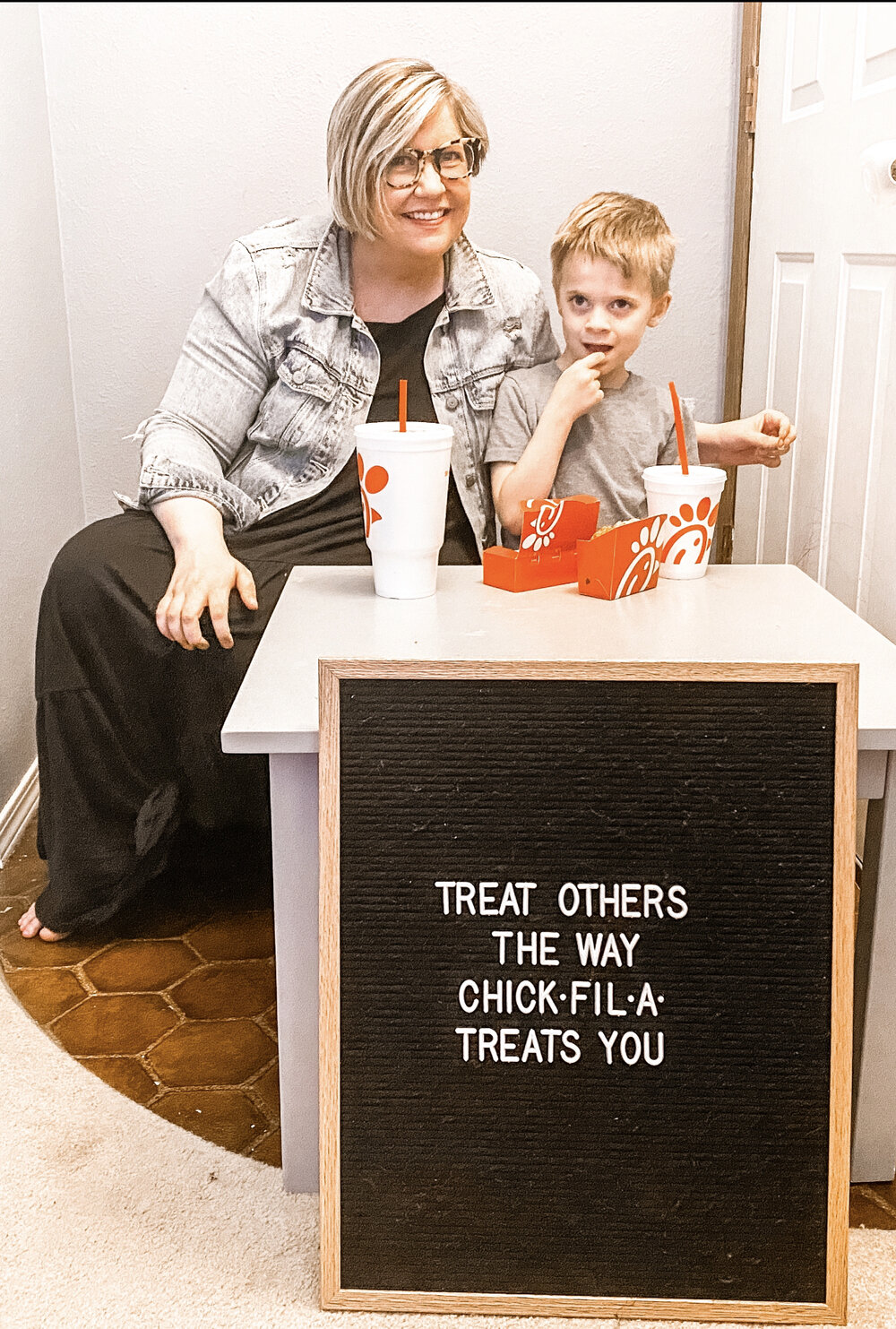 Just because your cousin Sam’s best friends brother’s uncle’s stepson is autistic and likes trains, boats, songs, and books, it doesn’t mean it’s because of his Autism.

He just has two disorders that makes him unique. PLEASE STOP teaching your kids that ALL Autistic children like the same things. They don’t.

I have a friend whose son loves fantasy and imagination he’s always doing something really creative.

Whitman is more literal he loves a book on how it works and he loves to try to make it work with instructions.

Both are on the spectrum but both are different human beings who deserve to be treated as different individuals, not clumped together in a “Oh he’s Autistic” group.

Start saying to your kids something like, “Oh they have Autism it makes them a little unique when processing something but look they like to draw just like you why don’t you go draw with them.”

Kids with disabilities deserve to be a part of the community.

You looking at me and saying that he’s “special” so he has a pass to not be in the community isn’t correct at all.

He can’t go into Target, Kroger, or Walmart if he won’t wear a mask. So we are working so hard for him to wear a mask and be apart of the community.

It’s hard somedays, especially when it’s hot, but we’re getting there.

Whitman has every right to try.

You whispering to me at a birthday party that he is  “special” isn’t changing my mind about him being a part of the community. Have I mentioned that I’m really over everyone saying special in parenthesis.

You are not Dr. Evil and you’re not asking for a million dollars.

It’s an insult a lot of the times because you really shouldn’t be putting our kids in high functioning/low functioning categories.

Yes, he makes eye contact with you, but he has a lot of rules, and a lot to process.

When you add Apraxia, anxiety, and other environmental things that stimulate him things can derail fast.

I describe this as his brain giving other parts of his body wedgies and then everything has to stop and get him on track again.

High functioning isn’t always a good thing. Sometimes it’s harder. I hear this a lot from moms with verbal kids. I can’t compare because Whit isn’t verbal yet. 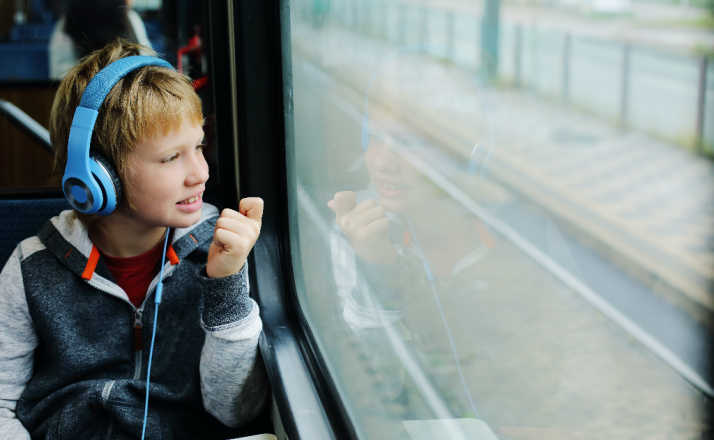 One of my dear friend’s speech therapist told her that her son was a typical kid just amplified. I think this describes what we want people to know perfectly.

Everything in their little bodies is amplified and it’s hard. I always imagine it as you drank a Red Bull, Coffee, and Mountain Dew within a 2 hour period.

You’re shaking with the caffeine boost and you really don’t know what to do so you go from one thing to the next and you’re nonstop until your body gives in and you crash.

Imagine that being your life everyday.

Some kids don’t sleep because their body is non-stop and can’t calm down. Some kids can’t find balance. They’re just typical kids amplified finding their way and that can be hard and exhausting for anyone involved.

We hear your snide comments about our kids and you blaming us for their behaviors.

If I had a dollar for every time I heard a whisper about Whit I’d be able to pay for therapy out of pocket.

Your two sense on how you take care of your neurotypical kids isn’t helpful because Whitman isn’t neurotypical.

So please stop trying to put blames on the parents.

Trust me when I say that we stay up blaming ourselves a lot more than you. Also please know before I walk into any social situation I’m physically sick and on high alert so I can pull the plug and defuse the situation before you start your judgement and blame.

We are trying to get our kids to fit into a world that isn’t equipped for them. Show them and us grace.

Imagine going to China without any map or clue of what to expect. The language is different and so are the customs. Try navigating everything where everyone is telling you your way is wrong and this is the right way in a language you have no clue about.

That’s what it’s like for a lot of our kiddos.

They are coming out of their world and into your world and they need a little extra time sometimes to become adapted. If that means that they flap and run, they vocal stim, or even go after your precious Johnny’s birthday gifts.

Trust me when I say that anyone in our situation is working hard to make sure everyone is happy. Even if we’re exhausted and don’t get to sit down the whole time.

Finally, teach your kids about every kind of disability.

The kind you see that involve braces, wheelchairs, and the ones you don’t see like autism, apraxia, or dyslexia.

We are grateful for inclusion so Whitman has an opportunity to be with his peers.

But we are also heartbroken and tired when we have to explain to people, especially family, the basics. At the end of the day we are all human and should be treating everyone as humans. We need to teach our kids about inclusion.

It doesn’t make anyone less then. We can’t group people and then assume everyone in that group is the same. Not a single one of is the same and that’s what makes being a human so amazing.

Teach your kids to be kind, include everyone, there isn’t a skin color or disability that should be excluded.

17 Hilarious Tweets That Sum U…