“Anything that can go wrong, will go wrong,” said the infamous Murphy.

He (whoever he was or is fabled to be) must have time traveled and discovered my house eons into the future.

Lately, it’s been a lot of down and relatively little up. But that’s a story for another day. From Murphy, a lot of makeshift “laws” have been written.

Some of the more popular include, “The chance of the bread falling with the buttered side down is directly proportional to the cost of the carpet” and “The buddy system is essential to your survival; it gives the enemy somebody else to shoot at.”

Well, maybe those aren’t the most popular, but they made me smile. It also makes me wonder what Murphy would have said about toddlers.

Since we don’t know, I’ve come up with my own set of laws that I believe will resonate with any mom or dad currently parenting a toddler or who has at some point raised one of these majestic little beasts. 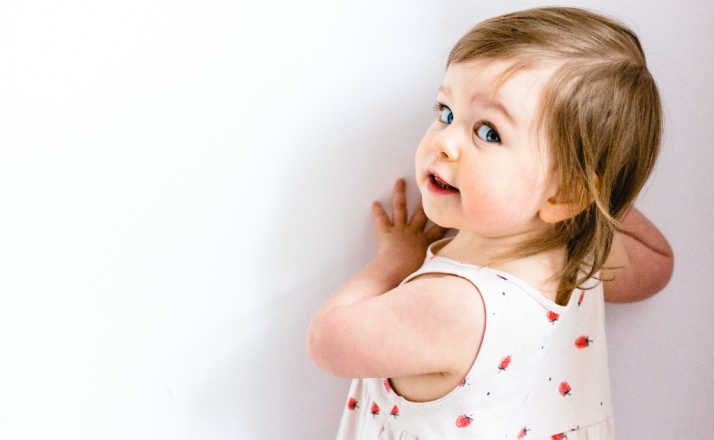 Here are 11 Murphy’s Laws of Toddlers

1. When in a rush, your toddler will inevitably poop his or her pants or proceed to decorate their clothes with grape juice, dirt or some unidentifiable sticky goo that magically appeared out of nowhere.

2. There is no such thing as too much Bubble Guppies.

Yet when there are only two seasons available on Amazon Prime you might consider a white padded room after watching three consecutive weeks of three-fingered fish.

3. The cabinet full of pots and pans will always be more fun than the $100 motorized Jeep you bought him or her for Christmas.

This time around, invest in a new set of Rachel Ray cookware. Your food will taste better and your kid will be happier.

4. A toddler’s favorite time of day is…food; the times they get to throw it, that is.

Or paint their faces with it. Or use it as modeling clay. They will and do – always.

5. If you accidentally fall asleep for 10 minutes, you will wake up to a living room and kitchen decorated in squirt mustard and ketchup.

This lead to my epic meltdown – more on that at a later time.

6. The intensity of a toddler’s tantrum is directly proportional to the size of your headache. If it’s a whopper, you can bet the tantrum will be, too.

7. When you’re starving and haven’t eaten all day, they’ll want whatever it is your eating.

When you’re not all that hungry and eating something, it might as well be bean-covered asparagus sticks.

8. If you wear white or light-colored clothing, they will stain it with SOMETHING before you even have a chance to react.

9. If you mention that your toddler hasn’t been sick for ages, they will wake up with a fever the next day.

Keep this awesome info to yourself for best results.

10. Feeding your toddler M&M’s by the handfuls at 7:00 at night to try to keep him or her awake later will not result in a sleeping child at 6:30 in the morning.

They will still wake up at 4:00 – this time with a sore stomach. Double whammy!

11. If you open the refrigerator door, they will come.


A Student’s Cry For Help On A…

A school bathroom is often the setting of all sorts of drama, teen angst, and shenanigans. But it can also … Read More

People Born In The Early 80’s…