Teenagers get a bad rap. They always have. Yes, of course, they can be difficult. In fact, it’s pretty much a guarantee they will be a hot mess at least once a week.

But weren’t we all when we were kids?

If you have a teenager in your house, it can be hard to get them to let down their guard and be close to you. They are often on the defensive and truth be told, they would probably prefer to be alone in their room than with you.

We parents can really get our feelings hurt by our teenagers’ actions. We miss the connection we had with them when they were younger. It’s hard for a kid to move into that new place between childhood and adulthood. It’s almost as hard for Mom and Dad.

Thankfully, experts say there are some things you can do, or to put a finer point on it, things you can avoid doing that can help you connect with your teen.

They aren’t magic hacks (unfortunately) and they may not be a perfect fit for every parenting style. Take what you can use and leave the rest. 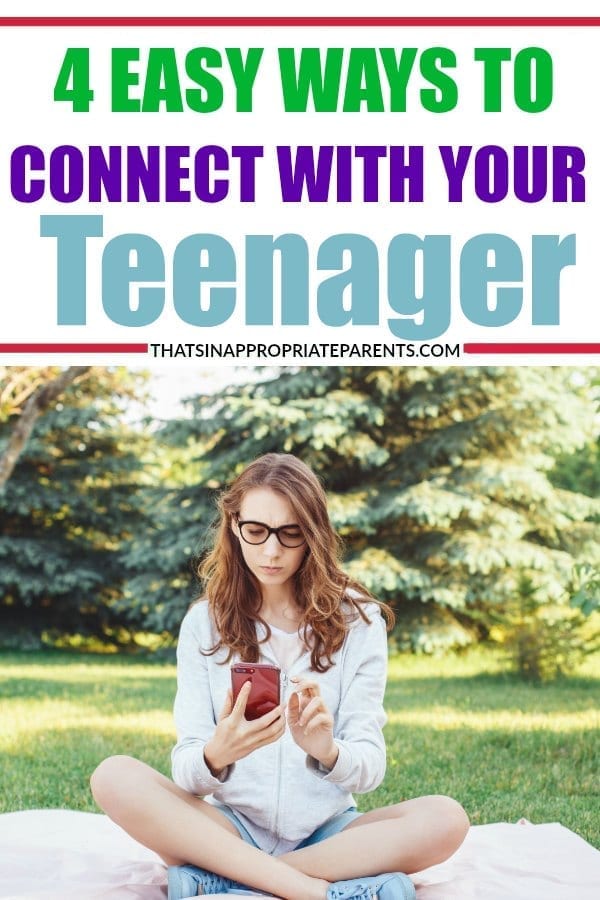 Connect with your teen by skipping the lecture.

It’s almost second nature for a parent to deliver an emotional lecture when one or two sentences would suffice.

When your son or daughter has done something off base that warrants a strong response from you, keep it short and get to the point.

What you did was not okay. Here’s why. This is what happens next. Do you have any questions or comments?

Don’t go on and on if you can help it. It doesn’t help and they’re going to tune you out after the first 3 sentences anyway.

Connect with your teen by asking fewer questions.

Of course, there are definitely questions all parents need to ask and expect their teens to answer.

Where are you going? Who will be there? When will you be home?

But there are also lots of questions you don’t have to ask. Your teen should have the freedom to keep some things secret.

No one wants to feel like they’re being interrogated. You don’t, and they don’t. If they want to talk to you, they will.

And the cool thing? They will want to talk to you when you give them some space.

Connect with your teen by reserving judgment.

You’ve made mistakes in your life. When you were in high school, there were probably so many mistakes and missteps that you can’t even remember them all.

You weren’t perfect. You still aren’t. Your kids know that and you know that they know.

Being judgmental of your teenagers is the same as saying to them that you think you were a much better person at their age.

Instead, let them see you model what it means to show a little grace to someone when they’ve messed up. It’s a lesson they’ll carry with them into adulthood. 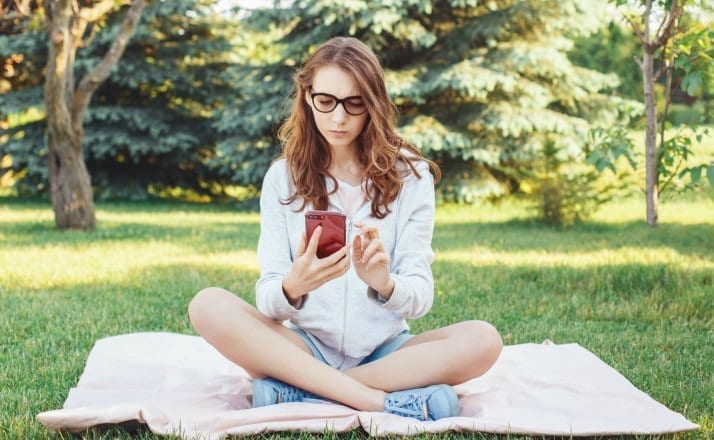 Connect with your teen by picking your battles.

Does your daughter want to dye her hair pink? Does your son want his eyebrow pierced?

If they want to express themselves in a way that seems pretty crazy to you, ask yourself whether it will matter in a year.

Hair grows back. Eyebrow rings aren’t permanent and will soon be replaced by some other fad.

Save your outrage for something really important. Besides, when you’re cool about something they were expecting you to flip out over, it will almost always make it a little less thrilling for them.

Shocking and upsetting you is pretty much what they live for, right?

Having a teenager is so, so hard sometimes. It really boils down to getting up every morning and doing your best. Love them, support them, and let them know you are always available when they want to talk.

Do you have teenagers? If you’re on the front lines of raising a teen, it would be great to hear how you’re managing. What works for you?


Hilarious Viral TikTok Is For Every…

When it comes to parenthood, one of the most important decisions you’ll make for your child comes before the baby … Read More