Every toddler is a terrorist at some point. I have THREE CHILDREN, and all three have at one time or another acted like miniature terrorists. The similarities are astonishing.

Here are 10 signs Your Toddler is a Terrorist 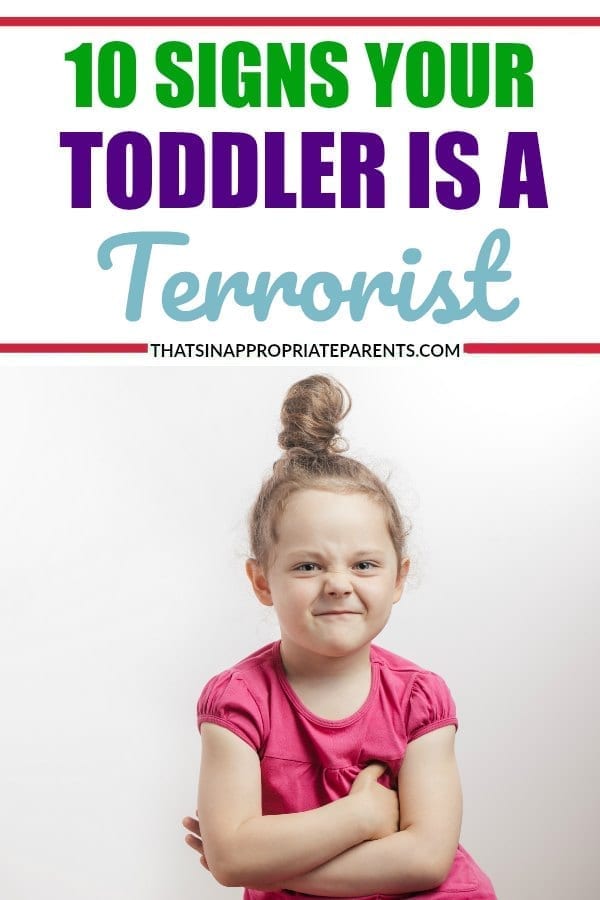 Your Toddler Loves The Element Of Surprise

Things can be going great and all of the sudden…BOOM! You’re in the middle of the cereal aisle and he is spitting and kicking and holding onto your leg for dear life….Surprise.

Your Toddler Rules With Fear

Fear tactics are an age-old trick to keep people scared and the terrorist in control. My toddler also enjoys fear tactics. I have heard him talking with my daughter and it goes something like this… “If you don’t give back my truck, I’m going to pull your hair.” For fear of her Rapunzel hair being pulled, my daughter usually throws his truck right back at him and runs screaming.

Your Toddler Is A Master Of Disguise

Terrorists wear masks most of the time to keep their identity secret. My toddler loves wearing masks. Just last week we went to lunch and he wore his entire Spider Man costume. He owns several masks and capes. He like to keep his options open.

Terrorists usually have a list of demands that they require. It could be money, land, political asylum. Toddlers are no different. They have CONSTANT DEMANDS pouring from their mouths. “I’m hungry. I want that toy. I want to watch TV. Buy me candy.” The demands never seem to end.

Toddlers are power-hungry and have a tendency to find like-minded people who try to rise up to combat their enemies. It’s almost like a Napoleon complex. My toddler may only be two foot tall, but he will stare you down and growl at you as though he is the biggest German Sheppard at the pound. It’s as though he has no idea that I can pick him up and throw him like a shot put. 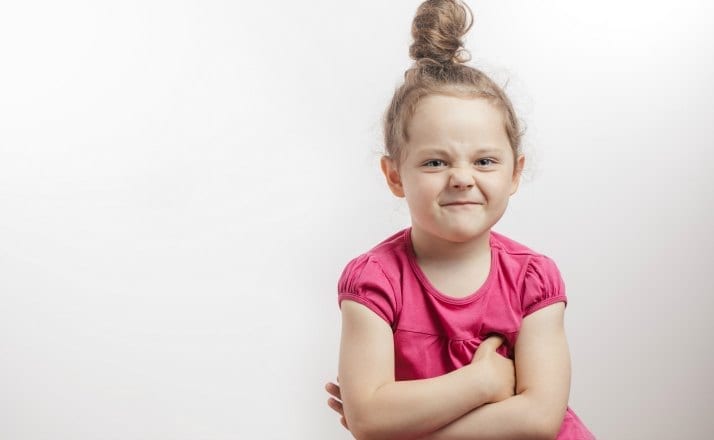 Your Toddler is Secretive

Terrorists are constantly devising plans and methods for their upcoming attacks. Toddlers are guilty of this as well. I can’t tell you how many times I have walked up to my four-year old and asked what he was doing. His response is always the same, “Nothing, I didn’t do it.” Do what I asked. “Nothing, I didn’t touch it.” Touch what I ask. This can go on for hours.

Your Toddler Is a Skillful Negotiator

Terrorists are very skilled at the art of negotiation. They know what they want and have the ability to manipulate the situation until they get it. My toddler will NEGOTIATE BEDTIME for hours. By the time we finish the negotiation, it 11:30 and I have passed out while he is still watching TV.

No matter how many times I answer it, he will ask again. He isn’t really interested in the answer. He is secretly wearing me down until I can no longer take it, and then boom….He will ask for something he wants, knowing that I am so tired of his voice that I will give in and let him have it.

Your Toddler Is Good At Territory Invasions

This terrorist tactic includes the terrorists going into a territory and taking over the area making it unlivable for the people. My son will invade my bed, my living-room, my office, my porch, my kitchen, until I find that I have no livable space in the home left to call my own.

Last week alone I sat on a pound of glitter on the couch, stepped on a train, sat on a bat-mobile, tripped over his shoes, picked up a half eaten piece of fruit from the floor, and flushed the toilet for him 37 times.

Terrorism will only work if there is an audience. If no one knows, then no one cares. Toddlers have this one down pat. Take a look at your Facebook feed, Twitter feed, Instagram. They have completely taken over.

We all POST PICTURES of our kids acting cute, singing, dancing, playing. They are everywhere. Children are secretly attempting a mass Coup d’etat as we speak. Do not be naive. We are not in control.

So in closing, be careful. Sleep with one eye open. Watch your children like a hawk. Be cautious with their demands and learn to hold your ground. I myself have finally decided that I am a dictator and I will not be bullied into any type of negotiations.

But, make sure to check back with me in about 20 minutes to see if I have changed my position.

Mother Arrives At Daycare and …