Filter Free Parents
Home Parents To The Nosey Stranger Tempted To Judge My Parenting – Zip it.

My sister was recently at the county fair with her two kids – her daughter age 13 and her son age 3. She asked my niece to keep an eye on her brother while she went in the bathroom stall quickly by herself.

Needless to say, my nephew got away from his sister and slipped under the door of one of the unoccupied stalls and proceeded to scream for my sister and when she didn’t respond right away, he started saying every swear word in his 3-year- old vocabulary (he speaks very well).

His sister finally got under the stall door and escorted him out of it and waited for my sister to finish up.

My sister would later tell me that as she was sitting there hastily finishing up, she heard other women saying the nastiest of things about my nephew and how “god awful” it was for him to be screaming and swearing.

She admitted to me that she wanted to exit the bathroom stall, walk by her children and pretend they weren’t even hers. Hey, we’ve all been there!

She was mortified by this story. I was angry. 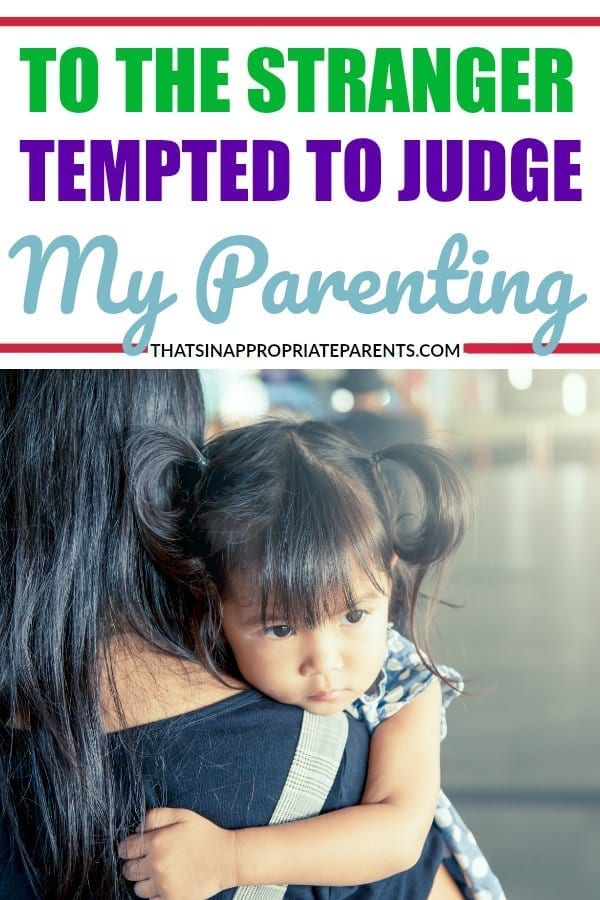 Not at my 3-year-old nephew, who was just looking for his mom and repeating words he’s heard from any number of adults he’s around day in and day out (we all swear, c’mon), nor at my 13-year-old niece who was just trying to watch her little brother for 5 minutes while her mom went pee, and definitely not at my sister who was literally just trying to take a super quick piss.

No, I was mad at the bitchy old bats that thought their comments were helpful in that moment of stress for not one, not two, but three different people.

Like, really? What was your negativity accomplishing? Answer: Not a damn thing!

I’ve seen this time and time again in a variety of places and social settings.

My own children have put me in similar precarious situations. I remember once when my older son was about 2, he was throwing a tantrum because I wouldn’t let him put his toy on the checkout conveyor belt as we cashed out. It was ear piercing!

I could barely hear what the cashier was saying to me. But, you know what? I was ignoring him because that’s all I could do in that moment. As I started to wheel my cart away, the woman behind me in line said, “God I’m so glad I don’t have kids.”

Well guess what? I do! And if you ever do have kids, I hope that you don’t have some snotty bitch behind you in line make a nasty comment while you are still in earshot that does nothing to help you r situation or make you feel any better in that moment.

It’s easy for these people to make remarks when they don’t know the entire situation or what exactly was going on. 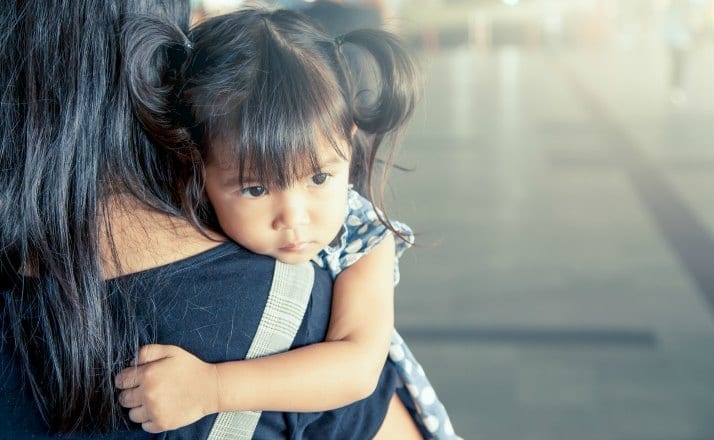 It’s also easy for them to compare their parenting skills to yours while you are in the midst of chaos and they are not.

“That child needs (this or that, yadda yadda)…”

You know what lady? Shut your damn pie hole!

Unless you have some life altering idea that would bring my kid back from the brink of his monumental tantrum, then I don’t want to hear it!

Did you invent a new discipline technique that would stop my child from being an asshole in that moment? Oh no? Ok then, stop, just stop!

The last thing a mom (or dad) that has a screaming child sitting in the front of their shopping cart, or is swearing in the next stall over needs is Ms. Debbie Two Cents’ spitting rude comments, unsolicited advice, or bullshit opinions her way.

You know what she needs? Someone to tell her that it’s alright; they’ve been there in the trenches before too. Or someone that will mind his/her own business as she handles the situation as best as she sees fit because she knows her child and what does/doesn’t work with him/her in these kinds of situations.

So, nosey lady in the next stall over – zip it already will ya’?

The Tooth Fairy Now Has Her Own Tin…