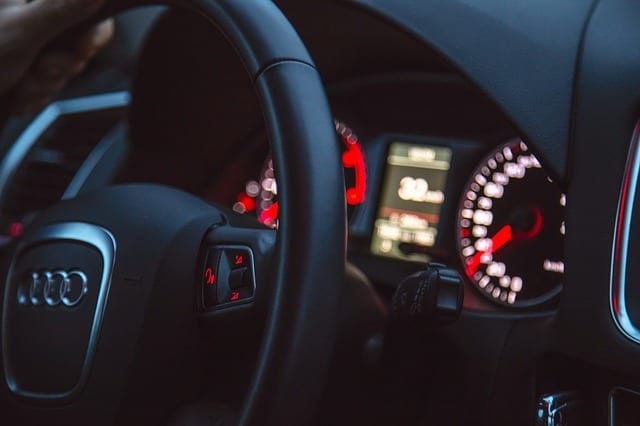 SpongeBob SquarePants debuted in 1999, and since then it’s reflected some of the challenges facing children and teenagers. One particular episode deals with the dangers of distracted driving. The episode begins with SpongeBob in driver’s ed. His driving instructor, Mrs. Puff assigns an 800-word essay on what not to do at a stoplight. It seems like an easy subject, but it proves quite challenging for SpongeBob. After an entire night of deliberation, SpongeBob realizes that you shouldn’t feed your snail, shoot the breeze with the mailman, or call your friends while at a stoplight.

These realizations are probably obvious to you, but they’re not as obvious to SpongeBob’s audience. When SpongeBob SquarePants debuted, it was viewed by approximately 1.9 million children between the ages of two and eleven. This year, those two-year-olds will be turning sixteen and getting behind the wheel, most of which already own or have asked for a smartphone by now. Unfortunately, it doesn’t seem like SpongeBob’s lessons stuck.

According to a National Highway Traffic Safety Administration study, only 60% of drivers under the age of 25 think that texting and driving is “highly dangerous.” Unsurprisingly, accidents involving teenagers are also on the rise. Teens were involved in 4,272 accidents in 2014 and 4,689 accidents 2015. The numbers from 2016 aren’t in yet, but it’s likely that they will follow the trend. So, as a concerned parent, what can you do?

While accidents involving distracted driving are on the rise, accidents involving drunk driving are on the decline. The Center for Disease Control (CDC) attributes this change to two factors: legislation and parental involvement. Unfortunately, legislation that prohibits distracted driving is relatively scarce. Only 43 states have laws that prohibit cell phone use while in the car, and some fines are as low as $25. Arizona, Texas, Montana, Mississippi, Oklahoma, and Missouri have no regulation whatsoever. If you’re in one of these states, you may want to consider contacting your state legislators and asking them to increase penalties for distracted driving.

The second factor contributing to the decline in drunk driving is parental involvement. While the CDC recommends a variety of tactics that help to prevent teens from drinking and driving, only two of them apply to distracted drivers. The first tactic is a driving contract. If you’re thinking about writing your own contract, consider including the following stipulations:

Given the astonishing number of teenagers who don’t understand the dangers of distracted driving, these agreements can make a huge impact. You can even include consequences and rewards that relate to specific requirements. If you’d rather not write your own contract, consider using this driving contract from the CDC.

The second tactic that the CDC recommends is deceptively simple: model safe driving behavior. This tip is deceptively simple because you may be unaware of your own behavior. A good rule of thumb is “don’t do it if you wouldn’t want your teenagers to follow suit.” If you’re guilty of texting and driving, it’s important to break this habit and set a good example for your children. If you have trouble, try locking your phone in the glove compartment until you reach your destination.

Over the last few years, automobile manufacturers have introduced new safety features that can actually prevent accidents. If you don’t know much about cars, it can be difficult to select the right safety features. While self-parking cars are fun, these are the three most important safety features for new drivers:

There are a couple more things to consider before you purchase a vehicle for your teen. Keep in mind that expensive doesn’t necessarily equal safe. For new drivers, the CDC recommends heavier vehicles without a lot of glitz and glam. 4-door sedans, like the Honda Accord, also tend to provide family-oriented safety features. Finally, hands-free features make it easy to answer calls and change the song while driving. If the vehicle you’re considering doesn’t come with hands free features, you can always buy an aftermarket Bluetooth kit.

In 2004, 24-year-old Melissa Stockwell was a Second Lieutenant in the Army when she was deployed to Iraq. Three weeks … Read More