According to the ASPCA, 3.3 million dogs enter U.S. shelters PER YEAR. That’s a whole lotta good boys and girls looking for love and ALL the kisses. Because they deserve them, yes, they do.

However, it can be challenging for animal shelters to find people willing to open up their hearts and their homes to rescue pets that may not have the same appeal as a cute, cuddly little puppy.

Many of these dogs come with baggage; having been mistreated, abused, or neglected. Others have been surrendered because, for various reasons, their owners can no longer look after them.

Organizations will often take to social media to get the word out on the pets they have available for adoption. They write up catchy bios and attach adorable photos.

And it is one such post, found on the City of Wichita Falls Animal Services Facebook page, that is garnering a lot of attention. But it isn’t because of the dog.

The posting features a husky dog named Sky. It also just so happens to feature one of the animal shelter’s newest employees, Zackry Majewski.

So yeah, there’s a husky and then there’s HUSKY.

And there seems to be some confusion about who, exactly, is available. 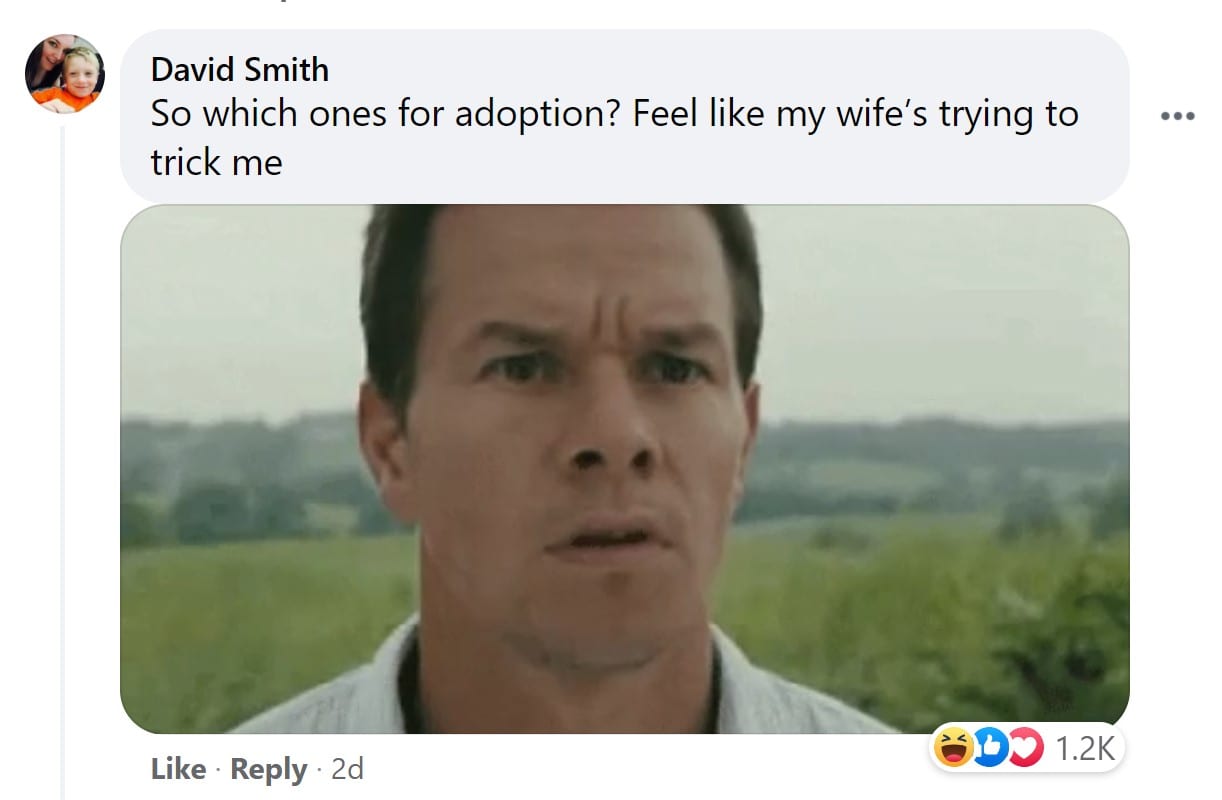 The post opens with a little bit about Zackry. He loves dogs, snuggling, hiking, and listening to country music. And you gotta admit, he sounds pretty near perfect.

Zackry Majewski started with us in October of 2020. He has a great compassion for the animals in our care. He is especially fond of Huskies and can always be found snuggling with a puppy in the shelter. On his time off Zac enjoys hiking and listening to Country Music.

But let’s not forget why we’re really here. IT’S FOR SKY, people, SKYYYYYY. The dog. Remember? Me neither.

Of course Zac chose our resident Husky to spotlight.

I mean, of course, he did. Look at those baby blues. Hers are nice too.

Sky is a beautiful girl waiting for a forever home.

Sure, she is…but is Zac? Because that seems to be the question weighing on everyone’s mind:

And if he is? There are definitely a few takers. Like, A LOT.

Basically the whole state of Texas.

Single, married, old, and gay. They’re all looking for some of that good, husky lovin’ (and not the puppy kind).

Although granted, there are some people who aren’t necessarily looking for a long-term commitment. They’d prefer to just foster rather than adopt:

And there was this one woman who tried to warn about the dangers associated with adopting. A man that is.

I don’t think anyone was listening. Except maybe this woman.

Commenters were distracted, to say the least. So distracted that it prompted the City of Wichita Falls Animal Services to remind people that the dog was, in fact, still available.

The DOG not ZAC.

It seems that their marketing paid off. They updated their comments two days after the post originally published to let people know that Sky has been adopted. Yayyyy!

No word on Zackry. Sorry.

We’re pretty sure though that this isn’t the last we’ll see of Zackry. And if the Wichita Falls Animal Services is smart (which seems to go without saying) they may just give Zackry some new job duties. And a raise.

Just in case they need them, here are a few suggestions:

In all seriousness, if you are in the market for a pet not named Zac, the City of Wichita Falls Animal Services still has plenty of other animals available for adoption. You can view them here: www.petango.com/cityofwichitafallsanimalservices

Or if you’re not in the Wichita Falls vicinity, contact your local Humane Society.