I love my friends, but there’s a flaw in my relationships that I have to own up to. I’ll admit it: I’m a bad phone friend. A terrible one, in fact. Most of my friends have a better relationship with my answering machine these days. If you’re taking your shot on Who Wants To Be A Millionaire, it’s wise to scratch my name right off your dependable phone-a-friend list.

I’m not trying to be one of those friends who had children and then just vanished. Your time is definitely just as important as mine — you’re probably just as busy — and you’re MAKING THE EFFORT TO CONNECT with me. I appreciate that.

But here are five reasons why trying to have a decent conversation with me is like winning money from a scratch-off ticket (possible, but not likely… and you’re not going to get very much). These are not excuses, mind you — just my chaotic reality. 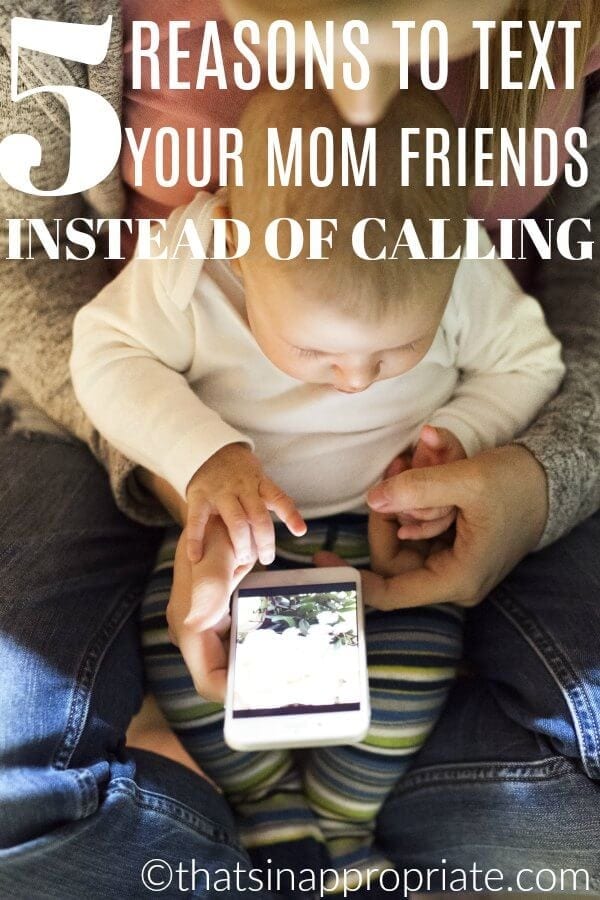 1. I’d rather be clean.
It’s mid-morning. The older kids have been dropped off at school, breakfast dishes are cleaned, toddlers have been successfully entertained, and finally, it’s nap time. It’s a precious period — the only time of day when I can shower, without the sounds of “I need juice” or “He hit me!” echoing from the other side of the door. With eight people in the house, shower time and hot water both run in short supply. Unless I opt to wake up and shower at a time when most farmers are complaining it’s just too early to be up yet, showering before getting the kids off to school just doesn’t typically happen.

Hence my internal debate: as the phone rings, I have to ponder,

“Can I get away with one more day of bed-head?”

Sometimes the answer is yes. We’ll bond, and I’ll wear a hat to school pick-up. But if I need clean hair that day, you’re going straight to voicemail.

2. There WILL be a crisis.
It’s a very common occurrence. We’re on the phone, talking about SOMETHING HILARIOUS or heartfelt. And then — it happens. That… SOMETHING. Maybe the toddler stripped himself naked and is running gleefully through the hall. Maybe the older girls are screaming about whose socks were left on whose side of the room. Maybe someone ran full-force into the side of the couch and is bleeding from the head. Whatever IT is, you’ll then hear my go-to phrase:

Here’s the problem, though: you’ll likely never get that call back. I’ll dash off to handle the current crisis, then the one after that, and then there’s a mess to tend to… and our conversation has drifted away from my mind like a puff of smoke. If you do get called back, I’ll never remember what it was that forced me to have to run in the first place, because these things happen every.single.day.

3. It’s between 4 and 6 p.m.
Let’s say that hypothetically you call, and I answer. You have a story to tell. Your story is important, and requires undivided, considerate attention. I want to be a compassionate, receptive audience. But you neglected to factor one tiny detail into your call to me: this is the “witching hour.”

This is the time of day when ALL HELL BREAKS LOOSE. At least one child is crying. At least two children are arguing. Another child is crying. I might be crying. Someone has definitely spilled something that cannot be immediately identified, but looks sticky and/or permanent. Dinner is cooking, and… I’m trying to keep up with you, but you’ve lost me. 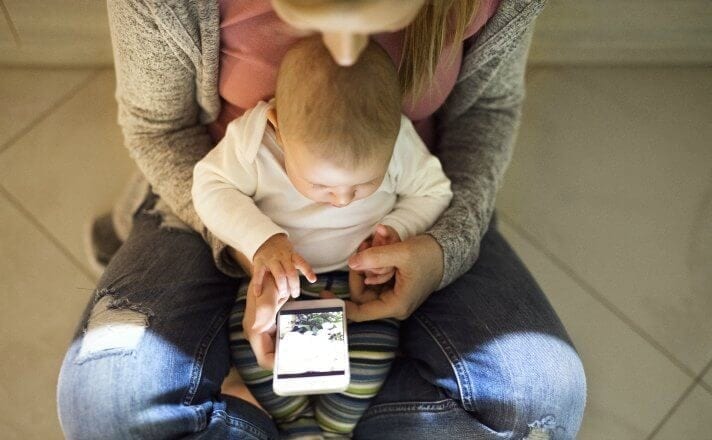 4. Poop happens. Or just happened.
This is the moment, without fail, when someone will call.The phone can remain silent all day, but the minute I hunker down to tackle a messy, squirming toddler’s diaper, the phone will ring. Anyone who has ever changed a toddler knows that it’s like wrestling an octopus on crack. With poop. Nope. Just nope.

5. It’s after bedtime, but I’ve got NOTHING.
The last child has been tucked away, and it’s now “downtime,” assuming I’m not washing dinner dishes or folding laundry. And you’d think I’d crave adult conversation at this point… but you’d be wrong. Because by the time the day ends, I AM SO DRAINED that I have the conversational zest of a houseplant. I can’t think, much less create anything passing for decent conversation. The only kind of talk I crave at this point is pillow talk. Preferably mumbled while I’m actually sleeping.

I’m sorry I’m a bad phone friend. I love my friends, and cherish those priceless conversations. There are days when I manage to overcome these obstacles and cram in some quality phone time. But generally speaking, it isn’t going to happen. Mea culpa.

Disney Stores Are Headed To Se…


People Who Decorate Early For Chris…

CDC Claims Kids Are Using Too Much …