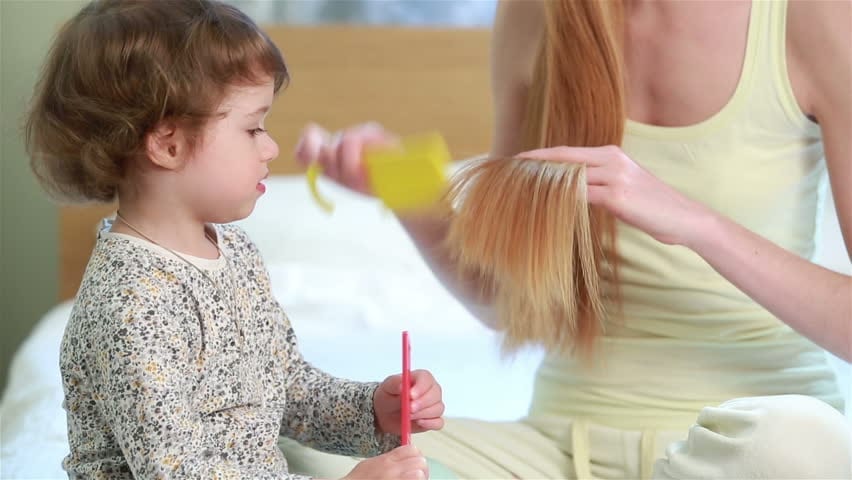 The pressure of mornings takes on a new level of chaos when you are a parent who has to work and also prepare your children for daycare or school. On top of packing lunches, eating breakfast, and brushing teeth, there’s also getting your daughter’s hair done for the day. Who has time for complicated hairstyles? Don’t worry. Here’s a collection of fun and simple hairstyles for your daughter complete with some cute hair accessories and by Scunci. 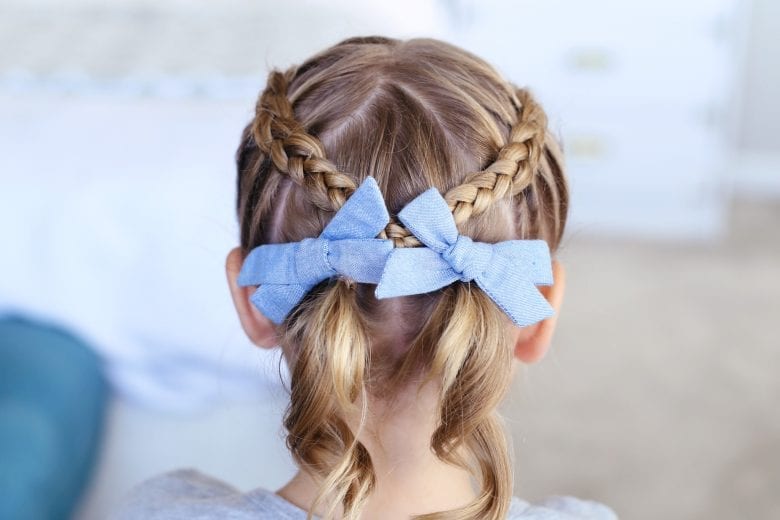 Divide hair near the face into two parts, braid some pigtails with each part and cross them, and make two other pigtails while adding the rest of the hair altogether. You can repeat this several times to find an optimal length. 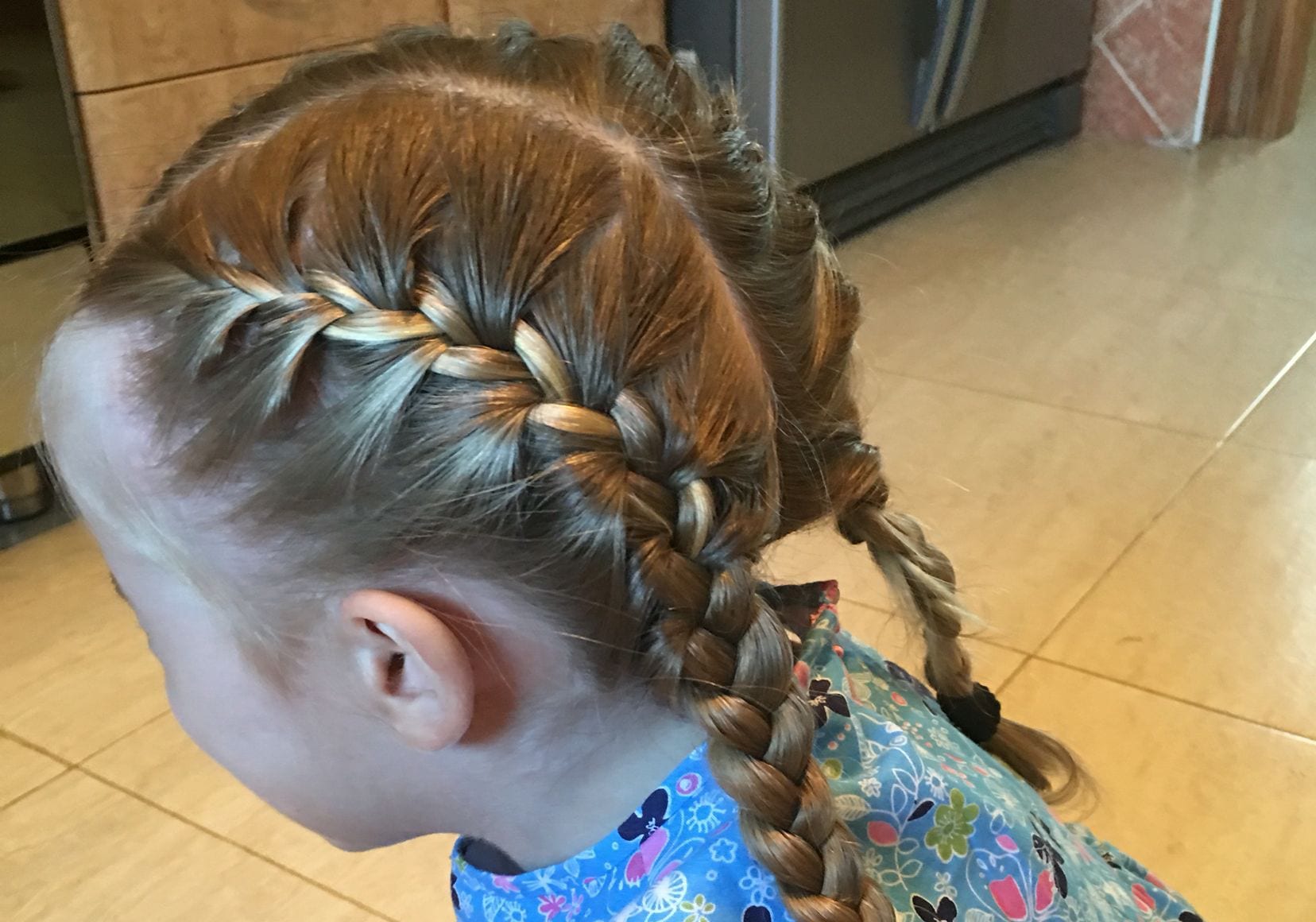 Divide hair. From one end, separate a small strand from the side of the face and roll it (your daughter can help you in this process by holding the strand). Pick up the rest of the hair with the help of a comb, add the rolled strand and make a low ponytail, moving it a little from the center. Then loosen the rubber a little, make a hole in the base of the ponytail, and run the hair down there. 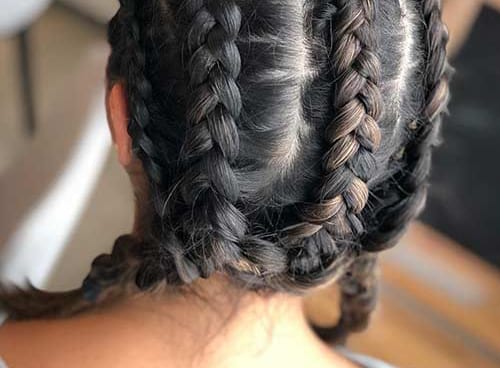 For those who have mastered the pigtail inversion technique, there is a slightly more complicated option. Start with the top ponytail. Invert it and then make another ponytail below by hiding the first ponytail in it and inverting it into the second ponytail. You can make several this way. 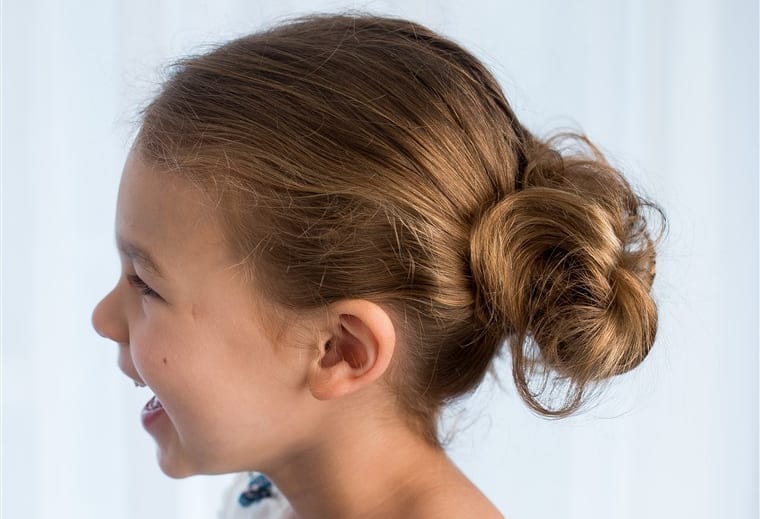 Brush hair so there are no knots or tangles. Carefully make a ponytail on one side of the head. Turn the hair to the same side, roll it, and tie a bun. Secure the knot with one or two bands and use some hairpins to fix the hairstyle.

This style is an interesting alternative for those who have not yet learned to make a French braid. First, make a braid with the top of the hair and secure it with a garter. Separate more strands. Put the first braid in the middle and make the second braid. Repeat the procedure with the remaining strands so that there are three braids in total. Undo the ends of the braids a little to join the hair and make a single braid at the end. 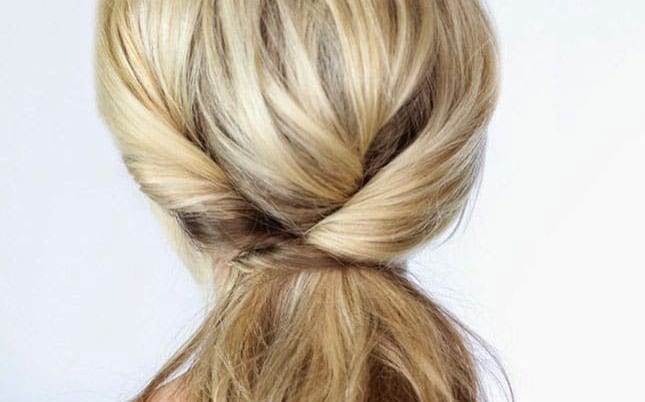 Separate the hair at the top and make a short braid (it can be a simple or French braid). Join the braid with the rest of the hair with the help of a band. This hairstyle can be easily modified into a more festive version if you then turn the ponytail into a bun. 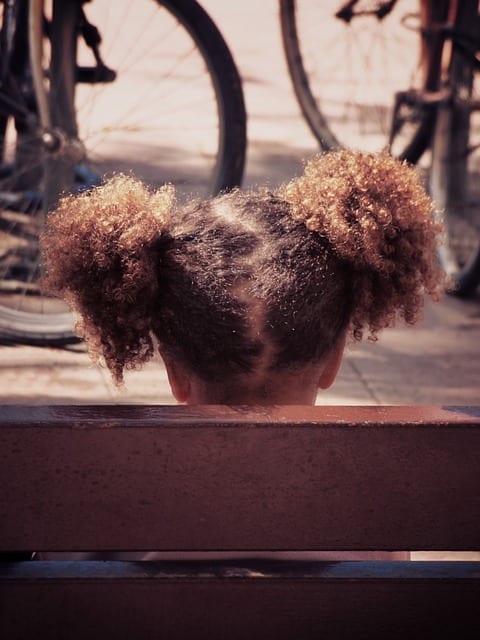 This enduring look is one of the simplest but also the most reliable hairstyles. Part hair into two sections down the middle. Make two pigtails, adding more strands of hair on each side until you put all the hair together. In the end, you can leave it in the form of a ponytail or make a beautiful braid with the remaining hair. 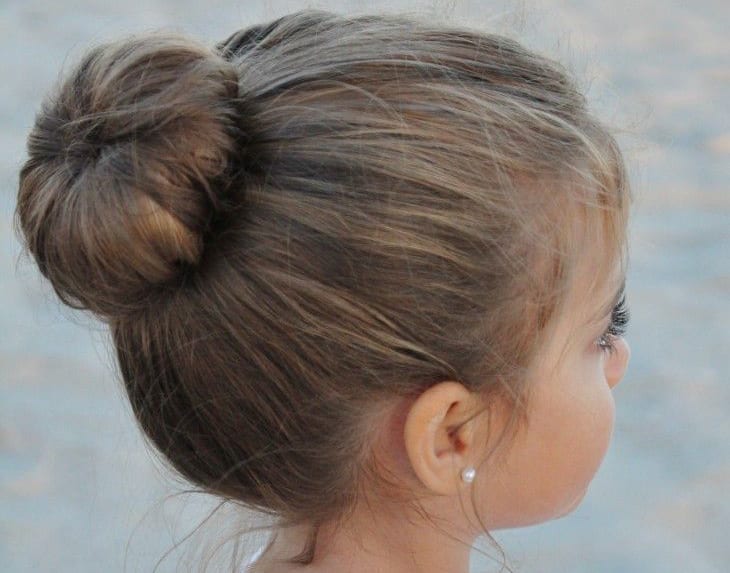 Gather the hair in a high ponytail (you can apply some styling cream on your hands so it will be easier to accommodate the hair). When securing the hair with a hairband, leave a loop then divide into two parts. Pass the free part of the ponytail in the middle of the loop to form a bun and secure the ends with a hairclip.

Finding a great babysitter can be tough, but one of the best ways to keep a quality sitter is by … Read More