“Dash for Cash” has quite a catchy sound and ring to it, right? But what does that even mean?

Maybe it’s a fun race where parents run towards a stack of cash to use to splurge on something fun for the holidays? Or maybe it’s where kids sprint to try and get a few extra dollars to put towards a new toy?

Sweet thoughts and all, but if you guessed those ideas – you’d be wrong.

Replace those fun and innocent thoughts with the truth of what really took place.

The latest “Dash for Cash” event was held recently where teachers scrambled towards a stash of money in the middle of an ice arena to grab as many dollar bills as they could fit into their shirts, pants, hats – wherever. 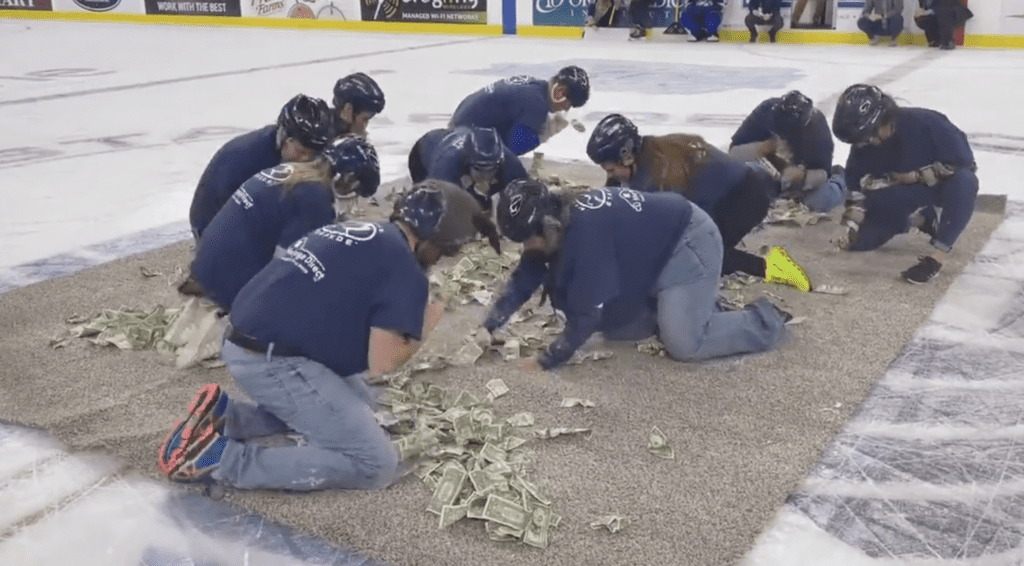 But the kicker? This wasn’t for them to add to their own bank account.

This money, that they were literally racing towards and fighting for (calmly, I might add) was to help fund items that they needed for their classroom.

Does no one see anything wrong with making teachers fight over money for their classroom?

Let’s not even factor in that the past two years have been a total shitshow for our teachers to deal with but now, we’re having them compete for cash to be able to afford the basic supplies needed for their classroom and students?

Get outta here. Here’s the video below:

What was intended to be a promotion put on by the Sioux Falls Stampede Hockey Club in South Dakota has gone viral, and not in a good way.

And the responses on twitter prove that we aren’t alone in feeling like this teachers’ dash for cash event is embarrassing. 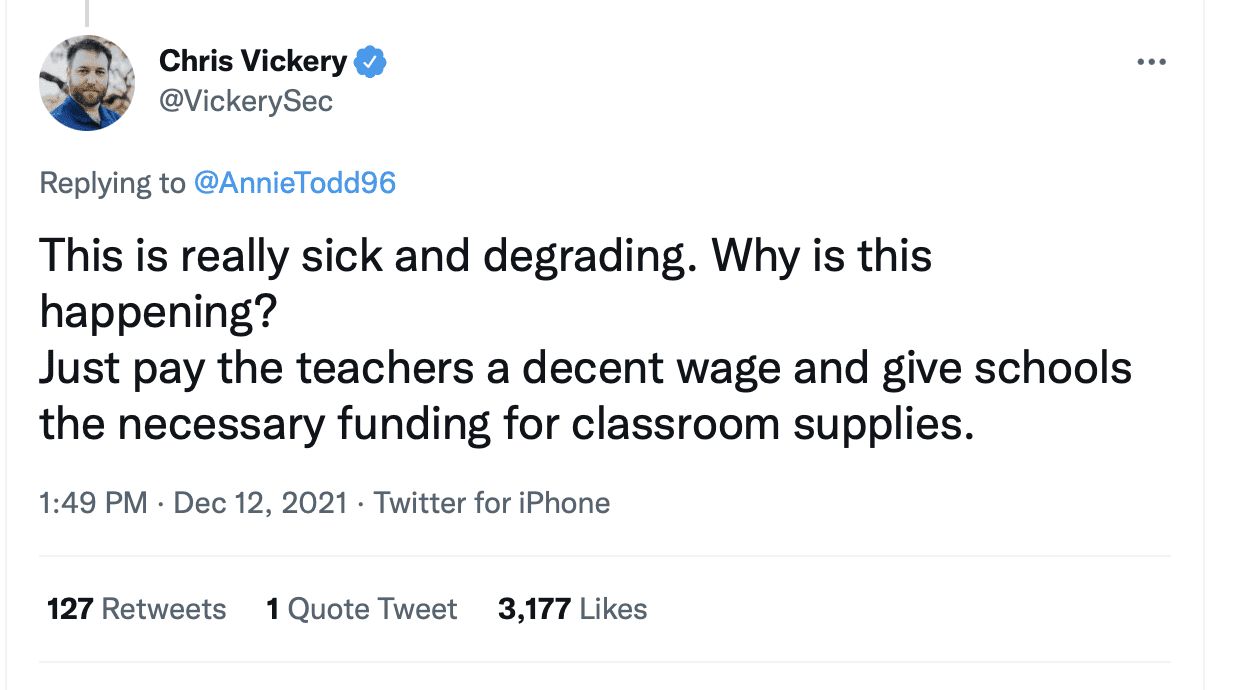 The reality is, we’re normalizing the fact that teachers are funding their own classrooms instead of the school districts and literally no one else would do this. 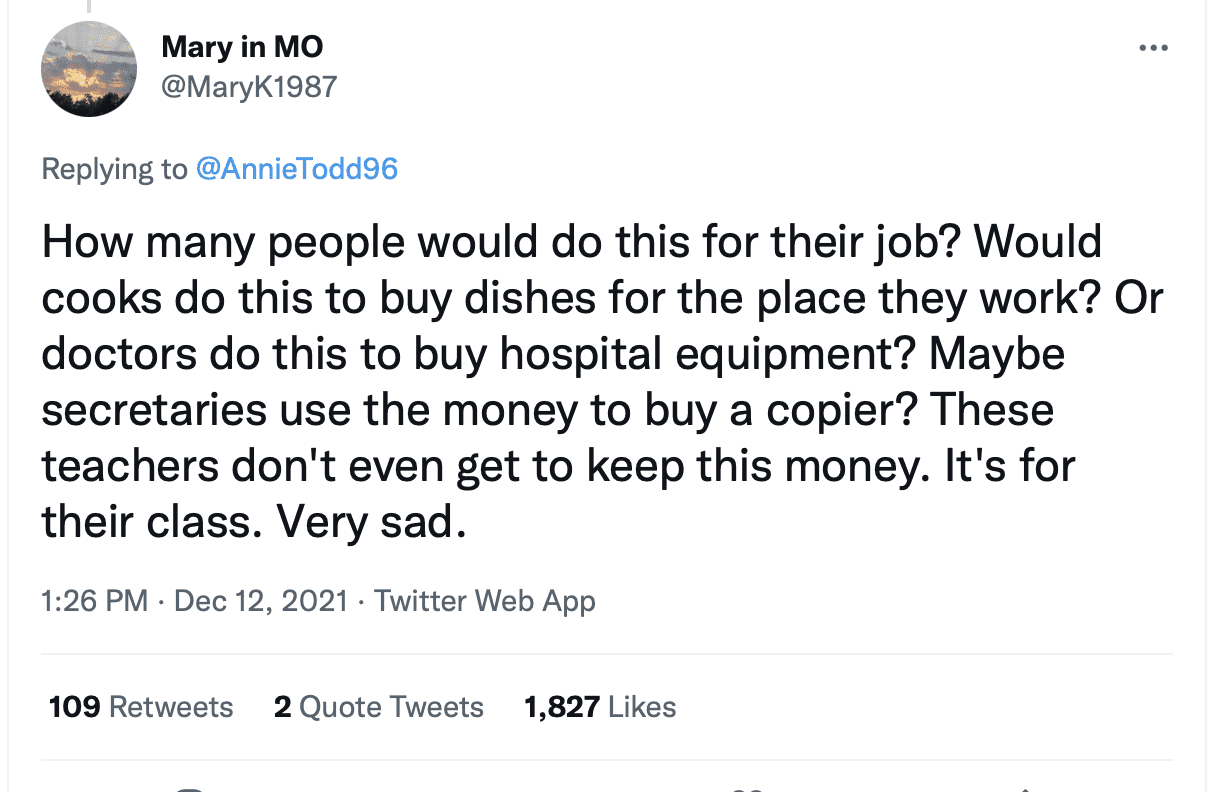 Even the state reps are weighing in and giving their personal thoughts.

“I know that this was a private organization donating money to teachers, I think it was a well-intentioned event, but teachers should never have to grovel for money that’s needed for classroom improvements,” Healy said.

I’m a big believer that teachers are literal angels. And maybe I’m jaded a bit because my mom and dad were teachers and my dad was also a principal (MY principal as well) and it’s safe to say that educators go through a lot of stuff – from both the students and the parents.

Having teachers compete for cash to buy things for their classroom just feels so wrong.

The good news? The organizers of the event are trying to make amends.

It seems that the organizers have heard the outcries and have stepped up to try to make it right. They released a statement that you can read in full here.

“We deeply regret and apologize to all teachers for any embarrassment this may have caused.”

Their intent was to raise money and that they had randomly selected 10 teachers out of a total of 31 applicants.

Since the event, they’ve now decided to give them all more money, for a grand total of $15,500 for area teachers.

It’s a start, and let’s hope that more funding opportunities for teachers will happen, without them having to try and make a mad dash for cash.

Most Christmas songs come with some sort of message. Some beg us to be moral for the sake of morality … Read More