In a series of viral TikTok videos, one TikTok user named Maria explains how she they were diagnosed with a rare form of cancer that appeared as a brown streak on their thumbnail.

They had that streak for ten years, thinking it was a mole, but were stunned to find out that it was anything but.

The first video in the series has been viewed more than 30 million times and shows an image of a thumbnail with a dark brown line down the center-right of the nail bed.

A text overlay reads, “me having this for 10 years, thinking it was a cool streak in my nail.”

The video then shows another text overlay that reads, “it’s cancer.” 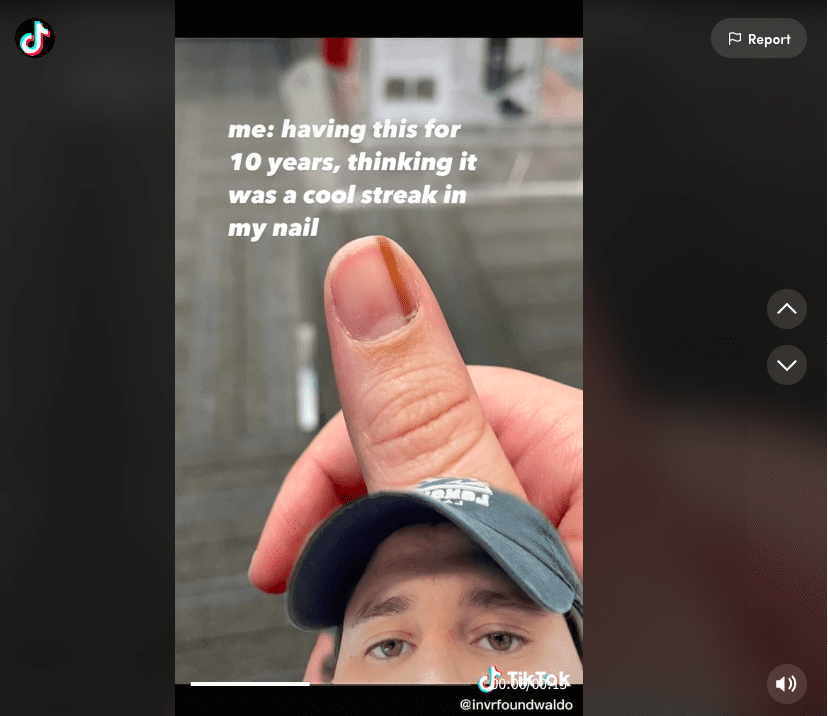 There wasn’t much explanation in the viral video, but that didn’t stop TikTok users from asking tons of questions in the comments section.

The creator decided to post a series of other videos sharing how they discovered their cancer and what happened next.

Everyone has weird body stuff, so it didn’t take long before the comments blew up with people wondering they too have some form of cancer.

“My brother has it. He told me after I showed him this video. Said he had it for a year. Thanks for the info!! Now he’s ganna get it checked out.”

Others knew exactly what cancer this was and managed to add some scary details to leave the rest of wetting out pants over moles.

Amanda wrote, “I had this exact cancer! I have my thumb amputated a year ago and cancer free! 6 surgeries, and 5 years later! Hope you’re doing well!”

Maria responded to Amanda’s comment writing, “Wow!! You’re the first person I’ve met so far with the same condition. Do you mind if I DM you?” But of course, because it’s TikTok, there are plenty of hilarious comments that lend some levity to conversation.

Bass Turd wrote, “Since everyone is a cancer expert in here… anyone know why I get wart looking things on my fingers? And no, I don’t touch frogs.”

“A lot of you are panicking, and there’s probably not a need to panic, first of all,” Maria says in a follow-up video.

They show an image in the background from 2012 when the line first began to show, and it appears quite pale. 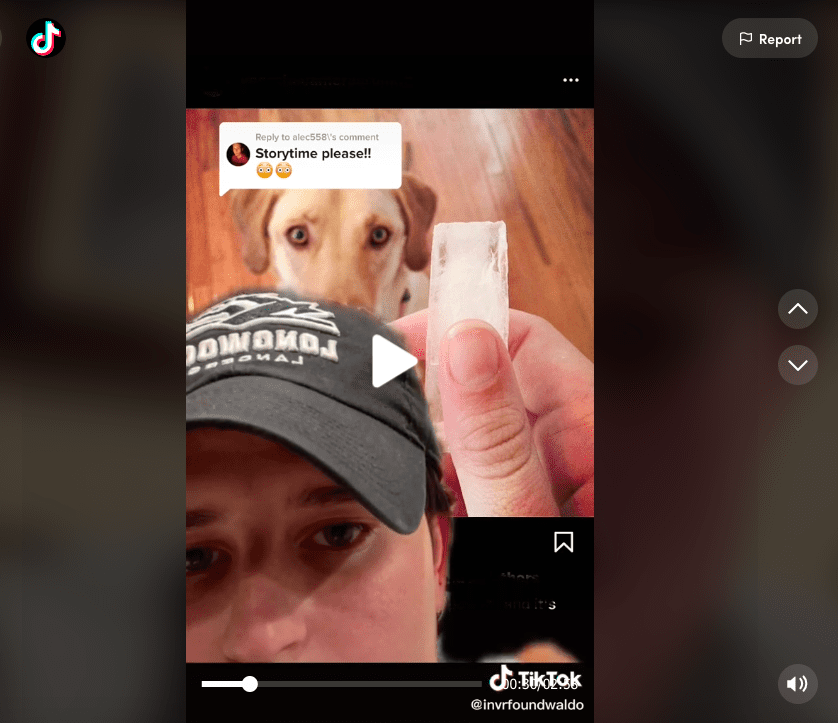 “It basically developed, I want to say, in a year. SO, pretty much from there, I had seen doctors, I was in and out of doctors at the time. I was an athlete, so I was getting physicals every year and no one really noticed it, until one time a doctor did notice it.”

Maria goes on to say that the doctor said the line was odd but that she didn’t fit the demographic.

Like we’ve all heard a doctor say, Maria was told to wait and see. If the line got bigger, the doctor said, then have it reevaluated.

“I didn’t really have any issue or pain with it; I just figured it was a mole because that’s what they told me.”

Back in January, Maria’s friend pushed for a biopsy, so Maria went to see a dermatologist where the doctor took a sample of the nailbed.

Later that month, Maira was told it was stage 0 subungual melanoma.

What is subungual melanoma?

According to Healthline, subungual melanoma is a type of skin cancer that usually occurs on the bottoms of feet, hands, and under the nails of the thumb or big toe.

It can also be found in other places.

This type of cancer is very rare and accounts for only 0.7 to 3.5 percent of malignant melanomas globally. It is also difficult to diagnose because it can be easily mistaken for injury to the nail, such as splinter or bruising, bacterial infections, and fungal infections.

Some indicators of subungual melanoma include:

In another follow-up video, Maria explains what happened next.

The doctors took a “punch” biopsy to be able to study a sample enough to diagnose, which they did. After that, there were a few options.

Maria explains that with subungual melanoma, cancer can sit at stage zero for up to 13 years without spreading or getting worse. Since it had already been a decade, it was time to intervene.

“So, for my stage for skin cancer, subungual melanoma, the options were for surgery and currently they took that chunk of my skin out,” Maria says.

TikTok removed the gory images of Maria’s thumb post-surgery that showed how much of the tissue and bone was removed during surgery.

In its’ place, Maria explains the surgery and shows their hand bandaged. 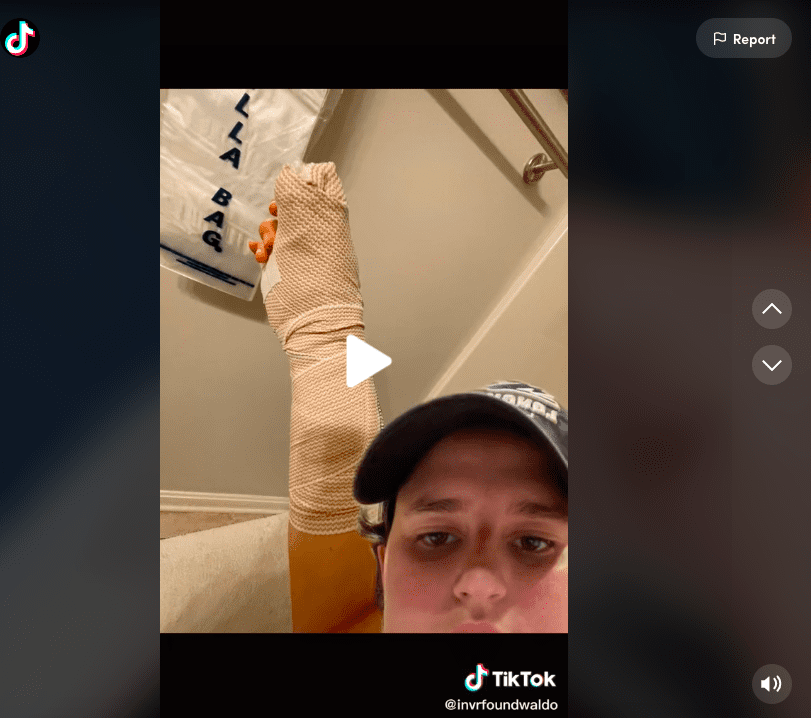 Maria posted another follow-up video and shared that the surgery went well.

The doctors removed all of the cancerous cells and the pathology report is clear of all cancer.

But more importantly, Maria repeated that no one should ever self-diagnose based on the experience of someone else on the internet. If you think you have something that needs medical intervention then please go see a doctor.

You can watch the first viral video that caught the world’s attention here.


12-Year-Old Boy Brain Dead After At…

It’s no surprise that when marriages end in divorce, there’s usually some sort of drama that takes place. And then … Read More