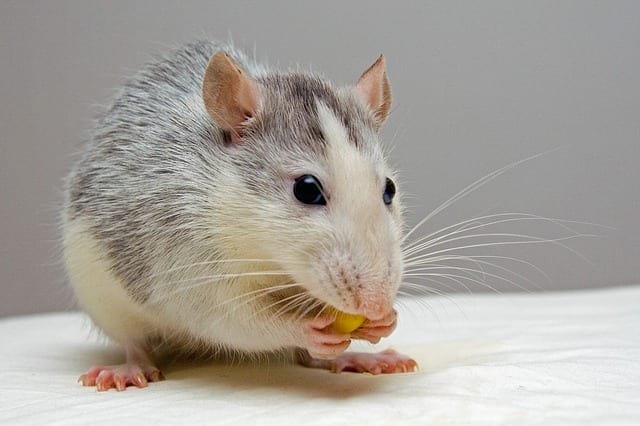 Pet rats are rather cute. Rats are intelligent creatures and very friendly when tame. They are less likely to bite than gerbils and hamsters, so if your child is looking for a new pet, a domestic rat is a good choice. Wild rats, on the other hand, are not half as cute. An infestation of rats in your home is never a good thing, so if you suspect Mr. Rattus Rattus and his extended family have taken up residence in your outbuildings, garage, attic or basement, you have a legitimate cause for concern.

There are many different sub-species of rat, but the two main types are black and brown rats. Old World rats came from Asia. They were quite small, but their relatives, the rats we see in our towns and cities, are much larger.

As humans migrated around the world, rats were not far behind. The rat population followed soldiers and traders along busy trade routes between Asia and Europe. They hitched a ride on ships sailing between continents, and within a few centuries, rats were everywhere.

Rats, like many pests, are nature’s scavengers. The more food there is available, the more rats there will be. Rats prefer a varied diet of meat and vegetables, but they are not fussy. They will happily root around in the trash or raid the vegetable patch. Rats will also attack small animals if food is scarce.

Most people find rats strangely repellent. Common mythology has painted rats as disease-ridden vermin. Hollywood inspired rats are rather endearing (The Secret of Nimh and Ratatouille are two good examples), but if you have ever read James Herbert’s novel, The Rats, you might not have quite the same view of our furry rodent friends.

The Spread of Disease

Rats have been vilified over the centuries for many reasons, but the main one is that they spread disease.

25 million people perished in the Middle Ages. The Black Death spread like wildfire from Central Asia into Europe. People dropped like flies, often collapsing on the street, their corpses piling up in the gutters like garbage. Nobody really understood quite how the disease managed to spread so virulently, but we now know that the Black Death was the Bubonic Plague transmitted by rats infested with fleas. Each time a rodent died, its fleas sought out human flesh, which infected them with the plague. The disease was also spread in an infected person’s sputum, but rats were the main disease vector.

One-third of the population of Europe died during the Black Death. Society was changed forever, as the plague wiped out everyone, from peasants to royalty. Today, we have a much better understanding of the epidemiology process, so we can prevent such a catastrophic outbreak of disease. Nevertheless, rats can and do spread disease, so an infestation needs to be dealt with as quickly as possible.

If you have rats living and breeding in and around your home, bubonic plague is not your only concern.

The best way to prevent the spread of rat-borne disease is to control or eliminate the local rodent population. An excess of available food will usually trigger a rat population explosion, hence why many inner-city urban areas are infested with rats. Rats also tend to be larger in cities and there have been numerous anecdotal reports from pest control agents such as Go-Forth Pest Control of Winston-Salem of super-sized rats.

Signs of a Rat Infestation

Rats are prolific breeders, with female rats giving birth to between six and ten baby rats every few weeks. This means that a single pair of breeding rats can soon cause a population explosion if conditions are right.

The most obvious sign you have a rat problem is visible sightings of rats in and around your home. Rats are shy creatures, so in the early stages of a rat infestation when the number of rodents is low, you won’t have a clue they are living and breeding nearby. Rats are nocturnal creatures, but once the rat population explodes you may start to see rats in broad daylight.

Look out for rat droppings. Like all rodents, rats leave droppings wherever they roam. Rat droppings are small, brown and cylindrical in appearance, rather like a large grain of rice.

Rats follow well-worn tracks through grass and around buildings. Once a path has been established, the local rat population will scurry along, foraging for food. Rats tend to stick to routes along the sides of buildings. Their bodies are greasy, so they leave greasy marks where they rub along the sides of fences and walls. Rats have very long tails and their tails will leave marks in dry dirt and dust in less-used parts of the home or outbuildings.

Brown rats favor underground burrows for their nests, so look out for entrance holes under fences, hedges, and outbuildings. Black rats can climb, so you may find a black rat family living in your attic.

Rats love to chew, especially plastic. If you hear strange gnawing sounds, it is a dead giveaway you have a rodent problem. Rats can cause a huge amount of damage. They will happily chew through timber floorboards and roof joists, drywall, and electrical wiring. If you let them they will also chew through animal feed bags, dry goods in your kitchen pantry, and even your upholstery. If you do spot any signs of damage to plastic containers, food bags or floorboards and walls, you could have a rat problem.

Prevention is better than cure. The best way to discourage rats from setting up home nearby is to deprive them of a food source. It’s nice to feed the birds and local wildlife, but if you are not careful, Mr. Rattus will take advantage and move his family in for an extended vacation. Rats are not fussy and will happily eat kitchen scraps and seeds put out for birds. They can easily climb on to feeding tables and devour any bits of food available.

If you maintain a compost heap in your garden, make sure you don’t leave kitchen waste on the top. Instead, turn over the heap to cover vegetable scraps, or you will attract unwanted attention.

Animal feed should be stored in sealed plastic containers. Rats can easily chew through thin plastic and hessian sacks to gain access to dried grains.

Clear away potential rat nesting sites. Rats prefer to make a nest out of sight, in hidden corners where it’s warm and dry. Don’t leave newspapers and leaf mulch lying around, as it is the perfect nesting material.

Secure outbuildings and seal up any access points. Look out for signs of rodent entry and deal with holes as and when they arise. Block holes into your home, too, including holes in the roof. Be vigilant for any signs of chewing, rat droppings, and nesting activity.

Dealing with a Rat Infestation

Rats have plenty of enemies, yet they are surprisingly resilient to threats. Most domestic cats will attack rats in the home. Some breeds of dog are also effective at pursuing and killing rats; indeed, they thrive on the thrill of the chase. Many of the older terrier breeds were bred to control rat populations and their natural instincts have remained to this day. In the wild, owls and other birds of prey love nothing more than a tasty rat supper. Snakes are also quite keen to feast on a rat or two.

It’s not easy to eradicate a rat infestation. Rats are naturally suspicious of changes to their environment, so they will often avoid traps and snares. DIY traps can work, but for a long-term solution, your best plan is to call in an extermination company.

Can This Be The Year That We A…

FDA is Warning People Not to Cook C…

When it comes to marinating chicken there are a number of options you can choose for the marinade. Beer, lemon … Read More

Alabama 5-Year-Old Dresses Up As Ch…