Now, right out of the gate I have to tell you that I am a mom of three kids and during quarantine, pants have definitely been optional.

If there’s one thing I’ve learned in the trenches of motherhood, it’s that the only way to survive is to pick your battles. I’ve also learned that no matter how great of a parent you are, some sanctimonious know-it-all Karen out there will have a different opinion than you and it will somehow, at some point, cause a problem.

On June 22, Jeanne Phillips, aka Dear Abby, was asked for advice from a woman who doesn’t know how to handle her fiance’s teenage daughter’s attitude on pants.

So, she turned to the public eye of a Dear Abby column to help her solve her big dilemma.

Basically, this woman is engaged to a man with a 14-year-old girl. The woman is upset because the teenage girl has not been wearing pants during the quarantine.

The woman, who signed off as Didn’t Think I Was A Prude, says that she is not comfortable with this pantless situation most especially because the girl is 5’10” and 200 pounds and so seeing her walk around her own house in underwear is inappropriate and, in her own words, “I don’t like seeing her like that every time I go to their house.”

She goes on to say that her fiance doesn’t seem to mind this pantless attitude but that it needs to change.

We can assume that they have already discussed this and that the woman is not happy with the answer and so she’s calling in the big guns.

So how does Abby respond? She sides with Didn’t Think I Was A Prude.

Abby starts off telling the woman that if her relationship leads to marriage that her opinion ought to be respected.

“Someone has to have ‘the talk’ with your fiance’s daughter about the fact she’s no longer a child; she has become a young woman. The person to do that is her father.”

To pants or not to pants, that is the question. 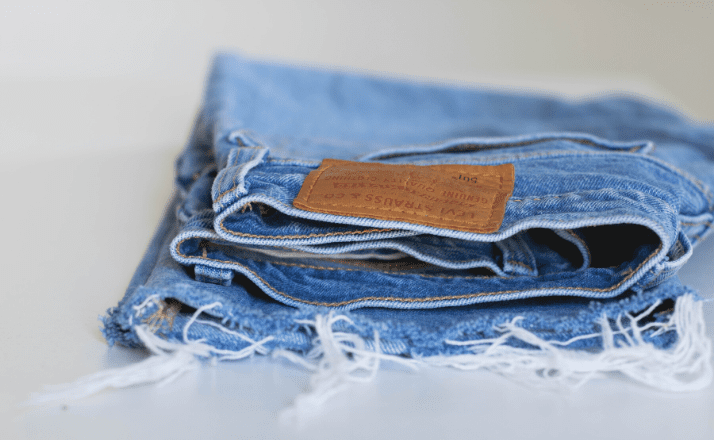 But the answer, perhaps, is none of this woman’s damn business and certain it’s not Abby’s either. Is it just me or does it seem rather cruel that this woman body-shamed her fiance’s daughter by pointing out her height and weight?

That’s like when people rant and rave about kids who are too tall or too big to trick-or-treat because apparently fun holidays aren’t for all kids but rather only for the right sized kids.

At 14, this girl is still a kid and who cares if she wants to act like one?

The fact that Abby has framed this as a maturity issue is a bit weird too.

Lady, I hate to tell you this but during the pandemic, grown-ass adults have been day drinking, not showering, eating dessert for breakfast, and obsessing over Carole Baskin’s murdered husband.

But yes, please, let’s just immediately jump to the assumption that this girl is just too immature to understand that she needs to wear a pair of pants.

Maybe not wearing pants is how this girl is dealing with quarantine? Who are you to judge, Abby?

All that off my chest, there is something to be said for etiquette and basic manners, though.

If this woman is a guest in their home and she is actively saying that walking around in underwear makes her feel uncomfortable then maybe set a rule that when people come over — yes, even during a pandemic — that perhaps everyone ought to put some clothes on.

And possibly put something in your prenup that says no one is allowed to drag personal affairs into the public arena?

They say that dogs are a man’s best friend. Unless you’re a 13-lb ragey Chihuahua named Prancer. Then, yeah, not … Read More