Filter Free Parents
Home Relationships Friendship I Never Thought I’d Be Gaslighted By A Friend. But It Happens...

I always thought the term “gaslighting” was something you experienced in marriage or any iteration of a romantic relationship or partnership. I’ve read about it. I’ve commiserated and shared with others who know what it feels like. I’ve talked about it in therapy.

But never did I ever think I’d be gaslighted by a friend.

For those fortunate enough to not be on the receiving end of this awful tactic, here are your CliffsNotes.

“a form of psychological manipulation in which a person seeks to sow seeds of doubt in a targeted individual or in members of a targeted group, making them question their own memory, perception, or sanity.”

You could have a black and white example of how someone in your life has wronged or hurt you and they employ gaslighting to flip the script and somehow make YOU feel like you are the one at fault.

It’s a textbook favorite of narcissists everywhere and it sucks.

I have experienced it in my own life.

I have witnessed others in the thick of it who can’t even see what’s happening as they get lured into apologies they don’t even owe. It’s dirty and deceptive and every time I even sense it now, I see a million red flags flash in my head and I remove myself from the situation as quickly as I can.

It’s a delicate dilemma because even if you leave, the gaslighter will continue to go on a campaign of playing victim to others and vilifying you to anyone who will listen.

I never once paused to consider that girlfriends could be offenders.

Girls who you bond with, confide in and share intimate details of your life with only to then live in fear that if they feel attacked by you calling them out, they will retaliate. It’s a shitty side-effect of putting trust in someone who doesn’t deserve it and it can make you wary to trust others. 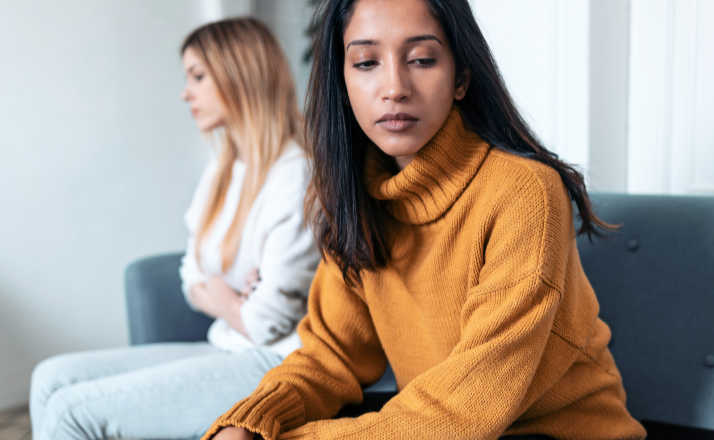 I have had the same core group of girlfriends since kindergarten and have steadily and carefully added to my inner circle throughout my life.

I am not perfect but when you are my friend, I am ALL in. I will laugh with you, cry with you and have your back to the greatest extent.

Until you give me reason not to.

I have been gaslighted by two girlfriends and it’s the always the same pattern.

They make you feel on top of the world.

They come in fast and hard and treat you like the greatest friend they’ve ever encountered.

They build you up behind the scenes and sing your praises publicly and make you feel like you have a friend and cheerleader for life.

You can’t imagine how someone so supportive could ever be bad, so you open and trust them with intimate details of your life, not ever thinking for one second that they may eventually be used against you.

They are the consummate victim.

Nobody is right 100 percent of the time. We all have our flaws. We all make mistakes. We all probably owe someone an apology for something.

However, when you come across someone who is never at fault, be afraid.

Whether it’s their personal relationships or even business related, they will vent to you regularly about how they’ve been wronged or are in some dramatic situation but never take any responsibility.

Every time something goes awry in their life, it has happened TO THEM and they maintain that they’ve played no role in the outcome.

They Become Defensive If They Are Ever In The Hot Seat.

Once you identify a gaslighter, it’s hard to unsee it. It’s like looking through and old photo album you thought was filled with beautiful memories and every picture seems staged and contrived.

You replay moments and conversations in your head and see them through a completely different lens. One that reveals the harsh truth behind the façade.

One that makes you question your judgement in people.

If you choose to discuss your feelings with the gaslighter you are typically met with instant defensiveness which I’m guessing stems from the idea that now they know you are no longer enamored with the friendship and instead feel blindsided.

They’ll give you a million examples of why you must be wrong and might even top it off with an apology that isn’t really an apology at all. You know, the one that goes something like, “I’m so sorry that YOU FEEL that way.”

They Campaign For Allies If You Distance Yourself.

If you pull back from the friendship, they panic (whether they’d admit it or not) and immediately start to do their own version of damage control. They’ll start texting, calling, and messaging others to manipulate the situation, cause a rift, and lobby for support so they can be the “winner”.

Here’s the thing though, only people with a guilty conscience make a habit of doing that.

They sit on a soap box of lies and play the doe-eyed victim saying things like, “I don’t know what happened”, “I can’t imagine what I did”, “She just ghosted me out of nowhere, it’s so strange”.

But they know exactly what they’ve done and have a trail of people who have “ghosted” them throughout their life.

They Eventually Move On And Gaslight Someone Else.

A gaslighter doesn’t change. If you call them out they will go through phases – hurt, panic, desperation and sometimes vengeance.

When someone figures them out they will go out of their way to soil the reputation of anyone who has any negative perception of them just to get the first punch in, even if the person they gaslight has no intention of fighting and just wants out.

Once they realize you’re out and not coming back around, they will move on to the next victim. They don’t learn from lost relationships and will maintain they did nothing wrong and that they are the victim.

If any of this sounds familiar, please know this. You are not crazy. Girlfriends can gaslight you too.

They are living in an alternate universe and won’t be redirected into real life. Trust your gut and just get out as quietly as possible because it’s the only way you will have peace. 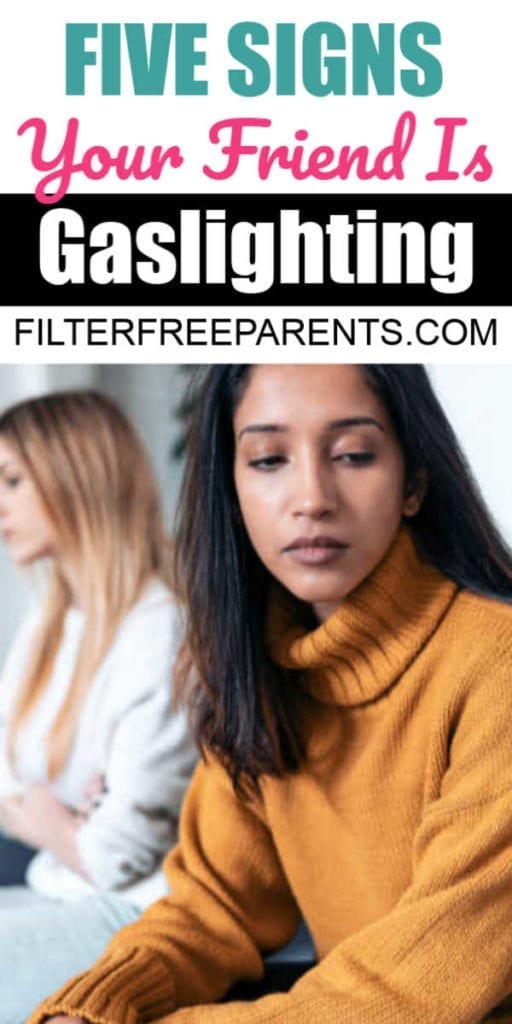 
Covid Is No Joke But These Hilariou…