Filter Free Parents
Home Relationships Friendship My Best Friend Died Suddenly, And I Lost The Only Person That...

There is something to be said for friends who reach out when you’re struggling, and keep you from losing yourself. Suzanne was that friend for me.

In our thirty-odd years together, she never tried to make me feel bad for cancelling lunch or missing one of her fabulous parties because, deep down, she knew I would much rather be hanging out with her than sitting at home alone, sulking.

“I know you like to hide in your cave,” she would joke, “But it’s my job, as your friend, to make sure you don’t stay in there too long.”

I’ve been compartmentalizing my feelings since the third grade, keeping a tight lid on what my mother called a “memory box” and camouflaging its contents with humor and sarcasm.

All in all, it was a great system—until I hit my twenties and discovered a glitch.

It seemed that every time I cracked open the lid to push in another dark thought, a few older ones slipped out. Then one day, my box runneth over and spilled out all over the floor.

Thank goodness Suzanne was around to help clean up the mess, or I might still be there, sorting through the wreckage all by my lonesome.

Knowing how hard it is for me to process emotion when I feel overwhelmed, Suzanne would often poke her head inside my cave to make sure I was okay.

In total, she got me through a few childhood traumas, five bad breakups, four career changes, one painful death and two divorces—the most recent one leading to a three-year trial that I’m still trying to wrap my head around.

Last year, while watching television with her family, my best friend stood up from the couch, walked into the next room and collapsed on her kitchen floor. She had suffered a massive heart attack and died a few hours later.

When the call came through alerting me to her death, I threw on my game face and wrote her obituary.

A few days later, when her husband asked if I would write a tribute to read at her “Celebration of Life” ceremony, I jumped at the chance. It was weird, almost euphoric, how alive I felt in the weeks that followed her death.

It was as if she were following me around, everywhere I went, pumping new life into me from above. In reality, however, it was merely an automatic reflex for dealing with uncomfortable situations. I had taken ALL OF THE PAIN and stuffed it right back inside that old box, hoping it wouldn’t explode. 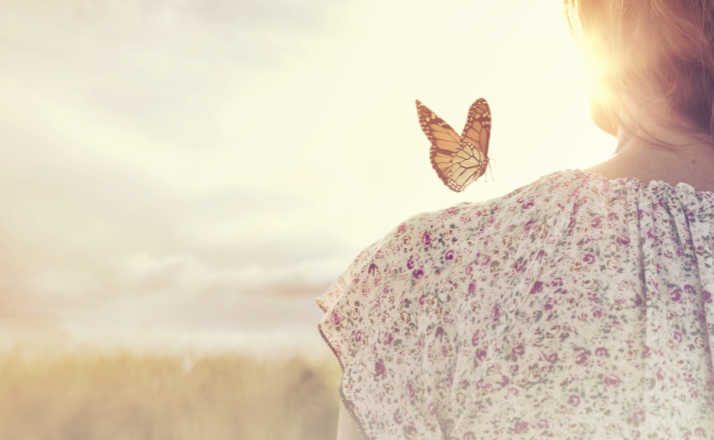 It’s been 364 days since Suzanne’s death, and I can’t seem to shake the sadness.

Out of all my friends over the years, she was the only one who truly understood me, ignoring my tough girl act and allowing me to be my authentic self one hundred percent of the time.

It literally crushed my soul when she left this world, but her voice still rings in my head daily, keeping me in check and reminding me not to push people away so hard.

There is no better feeling than knowing that you are accepted for who you are, even when you’re at your worst.

When you find that friend, the one who doesn’t get mad at you for being snappy or saying the wrong thing, the one who forgives you when you apologize for not texting back and the one who picks you up when you beat yourself down, then latch on to them with all of your might and give the same of yourself in return.

If you’re lucky, they will be bold and patient enough to stand guard and save you from yourself until the day their watch is ended. Editor’s note: After this post was written, it was discovered in a second post that Katie Kiacz said she actually … Read More