My husband and I worked with teenagers for more than 13 years, and far and away the hardest part of the job was when girl drama popped up…which was often.

When we found out that our third child was our first girl, I honestly said, “Oh.” I knew that what most likely awaited us was glitter, pink, bows, and drama.

The girl drama started way sooner than I expected, though.

Kindergarten, actually. She came home crying at the age of six because other girls were being mean, and I had to make a decision – what was I going to do about it?

Parenting today seems to require a pilot’s license, we’re expected to not only embrace the role of helicopter mom but to brag about it. In the last decade there’s been a shift, from teasing the mama bears who keep so close to their children that they share a shadow, to judging those moms who don’t hover at all times.

We’ve gone from running the neighborhood with our friends to bad-mouthing the parents who let their kids play outside without supervision.

Parenting shifted from a process to an existence, from something we did to something that must encompass us wholly.

We have to be there for every second, take Pinterest-worthy photos of every milestone, check off 100 bucket list items every summer, and never, ever take our eyes off of them. We’re even expected to attend their class parties.

But I will not get involved in my daughter’s girl drama.

I will listen to her, sure. I’ll hug her as she cries, boost her confidence, talk it over with her and give her advice. I’ll help her sift through her feelings, make sense of rumors, and acknowledge her own mistakes. But my involvement stays within my home (or minivan).

I will not call the moms of the other girls.

I will not email the teacher.

I will not speak to another child on behalf of my daughter when a fight is in play.

Instead, I will teach her to use her words and stand up for herself, to know her worth and demand others respect it, too.

I will teach her that she is strong enough to fight alone, while knowing I’m always in her corner. 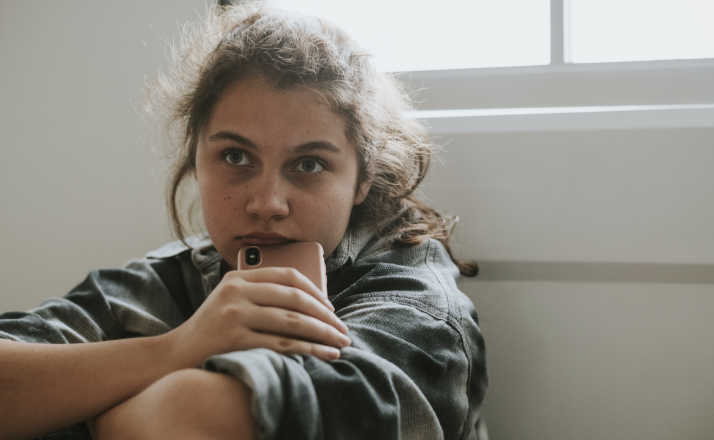 I will teach my daughter not to believe everything she thinks, that she can be wrong sometimes. I will teach her to examine herself before responding, to become more introspective than reactive.

Sadly, there are still plenty of years of girl drama fights ahead of her.

By jumping in front of every proverbial drama bullet, we’re not saving our daughters from drama – we’re softening them for the blows that will come later.

We’re teaching them that they’re fragile, not showing them how strong they can be.

We’re teaching them that disagreements are to be avoided at all costs, that harsh words are so damaging that they require parental protection, that they cannot and should not ever fight with someone.

The truth is that we don’t have to get along with everyone, and we won’t. We’ll even argue with those we love.

There will always be people who hurt us, people we don’t care for, and by trying to protect her from fights I’d be giving her the false impression that everyone has to like her. I want my daughter to grow up not needing others’ validation, not crumbling under someone else’s criticism.

Girl drama doesn’t end in school, as the mommy wars have proven.

Grown women are just as capable of the catty behavior found in the halls of middle school. We all complain about moms judging other moms, about the unrealistic expectations of social media, about cyber bullying and shaming and arrogance. We all watched Mean Girls then grew up and re-created it at the PTA meetings.

What if our daughters learned to get to the heart of the matter, to move on from hurt, to live happily while knowing that someone doesn’t like them?

What if our daughters learned that they don’t have to please everyone, and we won’t make anyone like them?

What if we let our daughters form their own friendships, instead of inserting ourselves into every argument and carefully curating relationships for them?

This is what I want for my daughter – a circle of friends she’s fought for, fought with, and formed a sisterhood forged in fire.

I can’t protect my daughter from girl drama and fights.

I can’t keep her from ever being hurt. So instead of being her social shield, I’ve chosen to become her trainer, her mentor, her listening ear, her mom.

I’m not getting involved in her girl drama, not because I don’t care, but because I have faith in my daughter, and she’s learning a heck of a lot more from me in the corner than she would with me in front.

You Can Now Host A Movie Night…

As parents, we do everything humanely possible to keep our kids safe. We child-proof our houses, select our babysitters & … Read More