To the woman at Starbucks who just threatened to spank her kid,

I judged you. Scratch that. I am judging you.

Yea — that judgment thing that us cohort of mothers are not supposed to engage in because we are all one village — I’m entirely doing it to you, and I’m not going to apologize for it.

I suspect that may come off harsh, but what is also nasty is the way you were speaking and grabbing your young boy who couldn’t have been more than 3 years old.

Don’t for a millisecond think that I don’t “get it.”

I fully understand the frustration that tiny, unreasonable and occasionally defiant human beings can cause.

I have three of my own.

But, to intimidate your child into good behavior by foreshadowing an abusive act, you’ve got to be off your rocker.

NO CHILD SHOULD EVER BE TOUCHED WITH AN INTENT TO HARM.

You’d think this is a lesson I would need to teach my 2-year-old, but instead, I am speaking it to you:

Use your words to express how you feel and not your hands. Additionally, when speaking, your words should never bluff or imply physical violence.

Listen — I get that there are parents out there who believe it’s OK to spank. I AM NOT ONE OF THEM.

In my opinion, PHYSICAL VIOLENCE IS NEVER THE ANSWER.

If you are someone who believes in spanking, you need to be asking yourself this question:

Would I be okay with anyone laying an inappropriate hand on my child? And if your answer is no, as I suspect it will be, then why in the heck would you touch your child in such a manner?

Spanking has been around forever, I hear you, and yes, I’ve only been around since 1986.  But I’ll tell you this, no one is “better” because they were spanked.

Now maybe I’ve got you pegged all wrong. Perhaps you got your child back to the car and felt horrible about how you berated and imperiled him in front of a bunch of strangers. I can only hope this is the case.

Yes, I understand that some days, “it” and motherhood, well, it’s all just too much.

I hear you, and I have been there. BUT, you must find a better way to deal with your challenging child and stress-filled moments in a non-violent and productive way.

Your son was having a moment and guess what, so were you.

Now think about it. When you are “having a day” and struggling, do you find it helpful when people call you out on that sh*t? I don’t think so.

What if I not only called you out but I did it in front of strangers? And then instead of casually and calmly trying help you recognize, sort out, or solve your perceived or actual problem, I just threatened to hit you upside your head?

That seems nonsensical, right? And that’s because it is whether I was to do it to you or you are pulling that same crap with your developing child.

Did you read/hear that correctly? Your child is smack dab in the beginning (not even the middle) of his developmental process.

He doesn’t yet have the age-appropriate brain development to handle everything this life and his emotions are spontaneously throwing at him.

You, my friend (and I use that term loosely), must teach him how to dodge or catch and re-purpose the lemons being aimed in his direction.

Spanking does not teach. It flippin’ hurts, and it harms.

I repeat, the only thing that spanking does, is impose fear and cause hurt in the person on the receiving end. 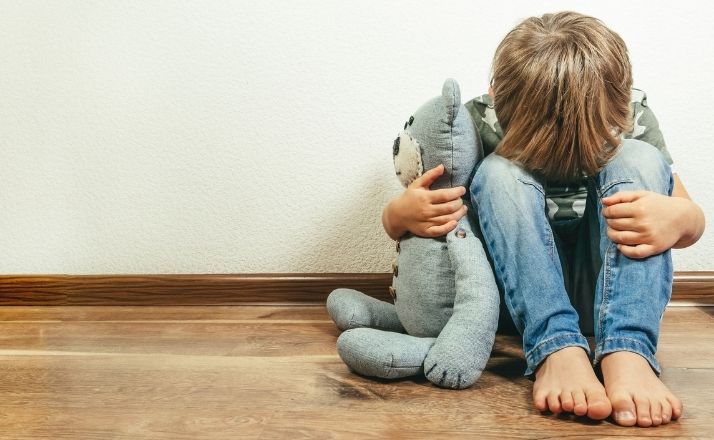 Sure, maybe your child will listen a little better next time you venture out to grab yourself a latte. But he won’t be doing it because his mother has worked with him on social etiquette or public behavior.

No, instead he will be doing it out of unease that his blunder would lead to abuse.

I’m typically one who stays neutral on most topics, and while I always openly and honestly share my opinion, I typically make sure to acknowledge that my way isn’t the right or only way.

When it comes to the lives, hearts, and heads of the little people in my home and my village, I will do and say anything that promotes their well-being. And I’ll stand against any physical violence imposed or threatened upon them.

So, to the woman who just threatened to spank her kid, here’s the last thing I will say to you.

I’ve made bad choices too. I’m a yeller, and that’s something I need to work on. But you, you must never engage in or threaten physical violence upon your child.

It will take valiant effort on your part to reign in your anger and sideline it so you can be the parent your child needs.

Remember, YOU ARE THE PARENT. Your job is to be the calm and not contribute to the chaos.

Perhaps I’m the anomaly, but I sure as heck hope not.

I pray the majority of you reading this feel the same way as me about spanking. If not, well, then I pray for an abundance of resilience inside of the hearts, heads, and bodies of the children in your home so they are capable of surviving and thriving in spite of your poor parent choices.

From, the woman who just spanked you with her words

It doesn’t feel too good, does it?

*This post first appeared here and is shared with permission.

Teachers Today Are Not Okay. Here’s Why.

Having A Bad Day? Bring Along …

If You’re Using The Cry-Laugh…

For the past few weeks, I have largely ignored the battle royale brewing over on TikTok between Gen Z and … Read More