When you have a baby, your first thought when leaving the hospital is, “Why, for the love, don’t babies come with an instruction manual?”

Because really, they should.

But not to worry, because there are plenty of people who are more than willing to enlighten you.

They are happy to prey on you in your hormonally charged, extremely sleep-deprived, self-doubting, overwhelmed state and tell you the RIGHT WAY TO PARENT.

Laura Clery, the comedian behind the wildly popular video “Life With A Newborn,” is back with her hilarious take on “The Judgy Mom.” Grab your popcorn, the show is about to begin.

The video, which is an episode from Laura’s Help Helen Smash TV video series, is 3 minutes and 32 seconds of pure passive-aggressive judgement wrapped up in a Karen and topped with an extreme A-lined Bob.

It begins with your run-of-the-mill friendly neighborhood sanctimommy out for her daily power walk who, upon seeing Laura outside with her 9-month-old son, decides to pop by for a quick little confab. 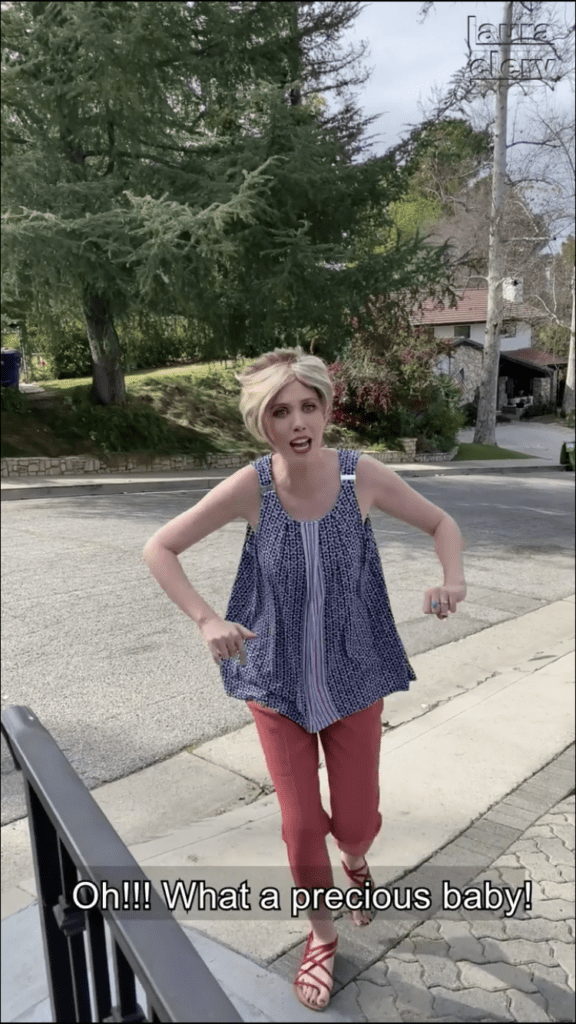 It is at this point that Laura should snatch up her “precious baby” and run for the hills.

But she, in her virgin sanctimommy state, has no idea of the train that is coming barreling down the tracks to scatter every shred of self-confidence she has to the wind.

And so with a hair flick and a reference to her son “Geoffrey with a G who is already off at Harvard,” Karen begins her assault. And for all of you passive-aggressive types, take note, because this is how it’s done.

The video touches on all of the usual suspects: from birth, to crawling, to communication. But that’s not all. It also addresses potty training, breastfeeding, and preschool. Because of course it does.

Karen starts with an innocent question:

“How was the birth?”

But quickly shows just what direction this train is heading in:

Did you do it naturally?

Annnnnd, there it is.

“You know I wanted to but then it felt like a T-Rex was chomping through my uterus.”

And all I can say is, yes girl, I HAVE BEEN THERE. Laura informs Karen that she had an epideral. I KNOW. Rookie mistake #1.

“Which is totally fine. And don’t’ let anyone tell you it’s not.” 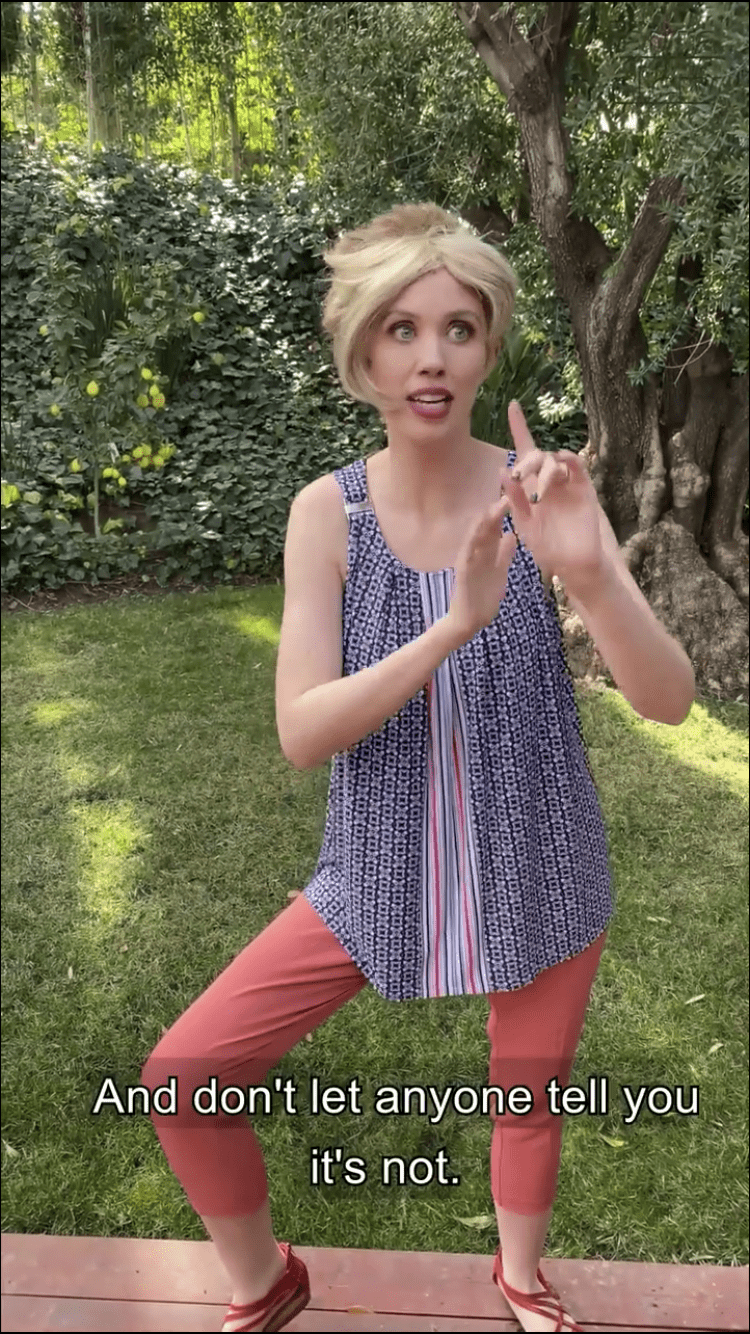 Which is code for “OMG, you might as well have dropped your baby on his head and caused him irreparable brain damage. It’s basically the same thing.”

And let’s just pause for a moment shall we? Because clearly it’s not the words that are the problem. It’s the tone, the wide eyes, the pointy fingers, and let’s not forget about the lunge and the hair flip. It’s in the details, people.

But at this point, Linda is still basking in naiveté. It doesn’t last long.

Karen moves on to the topic of crawling. And while little Alfie is “slithering like a snake,” he’s not quite there yet. Which is “totally fine.”

“Hey, he’ll crawl when he’s ready. Just don’t let anyone tell you that he’s going to be dyslexic when he’s older because he’s not crawling yet. You don’t know that. Moms can be so judgemental.” 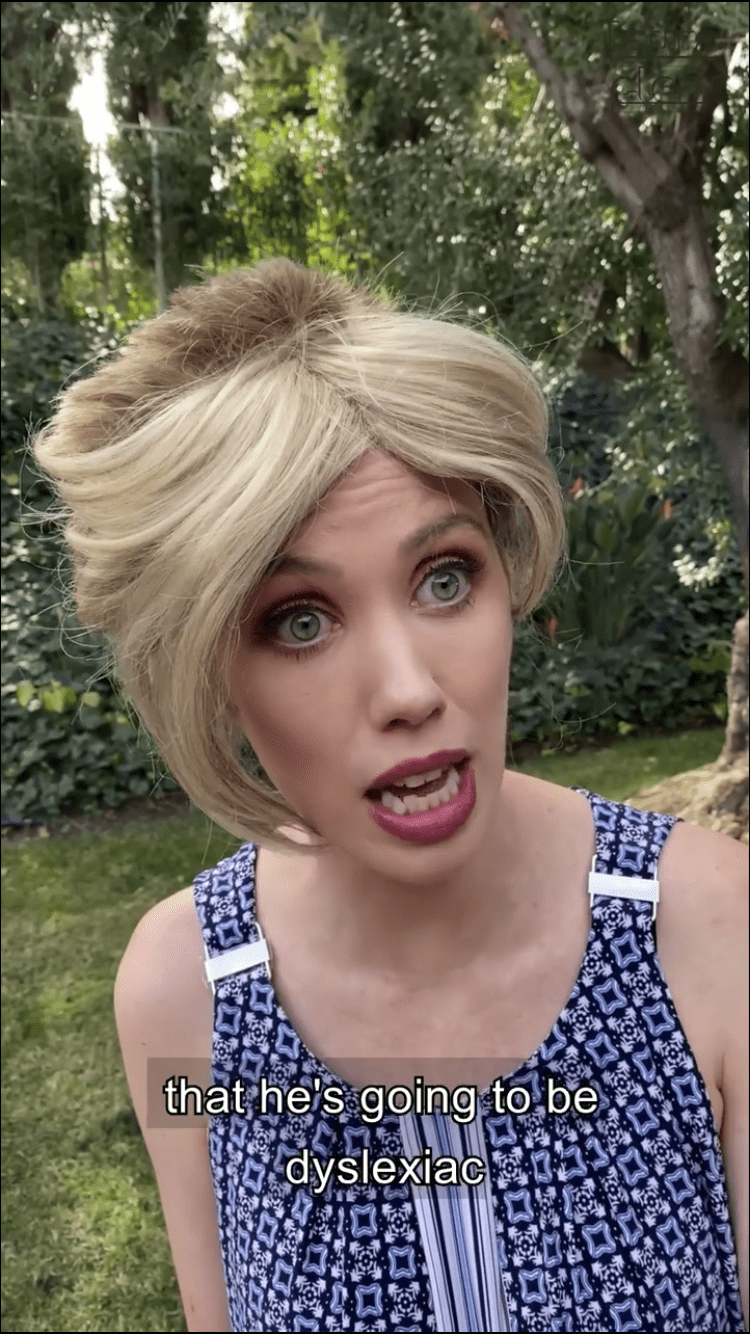 And poor Laura. She’s not quite sure what she just heard. She doesn’t know whether she should thank Karen or kick her to the curb. Kicking would be a good option. But it’s okay. Karen’s got her back.

“Just don’t let anyone tell you that you are a lazy underachieving mom.” 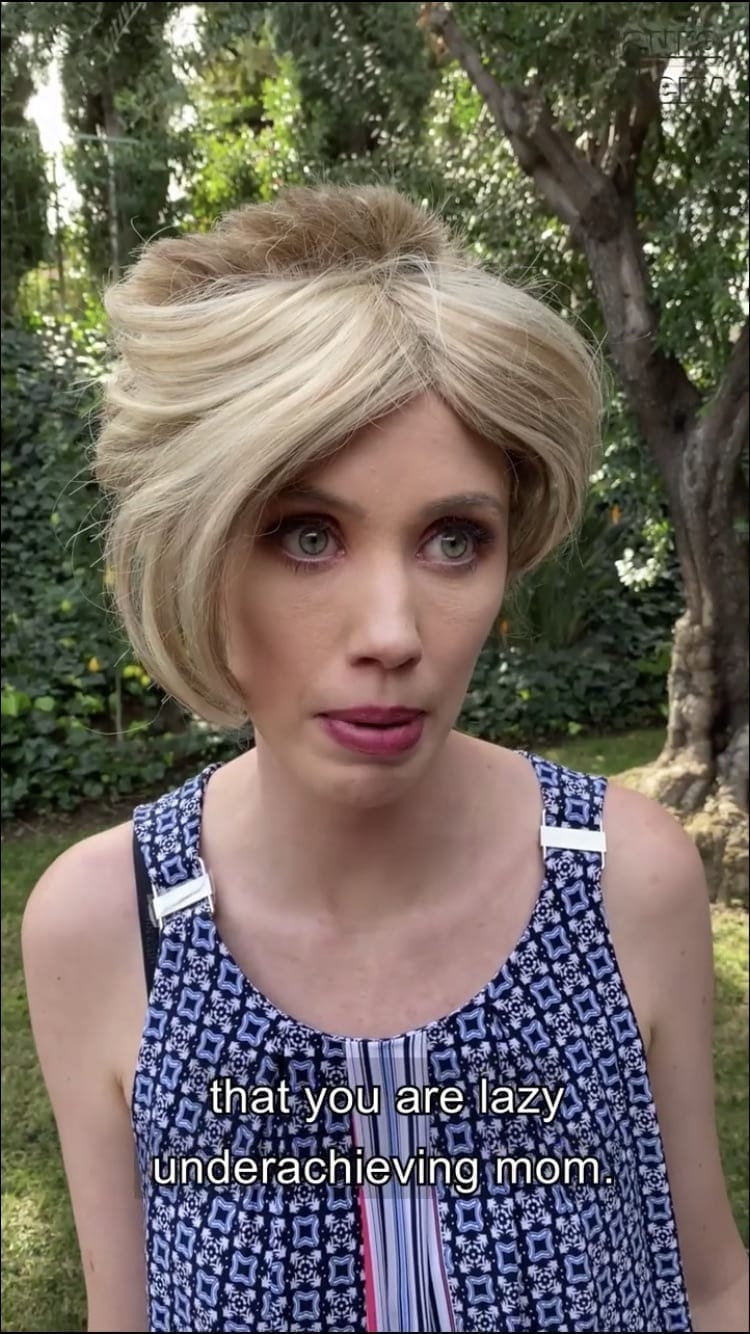 They discuss if Alfie’s sitting without assistance yet (he is! Awww, bless him). Except it’s possible he has a weak neck and weak upper and lower back muscles. But Karen doesn’t think so, obviously.

Just in case there was any doubt that Laura was in the presence of Judgey Mom exhibit A? The doubt has NOW left the building. Laura attempts to get rid of Karen. But Karen? This isn’t her first rodeo.

She’s IN IT. And to prove it, she does a couple of lunges. Just to keep her warmed up. 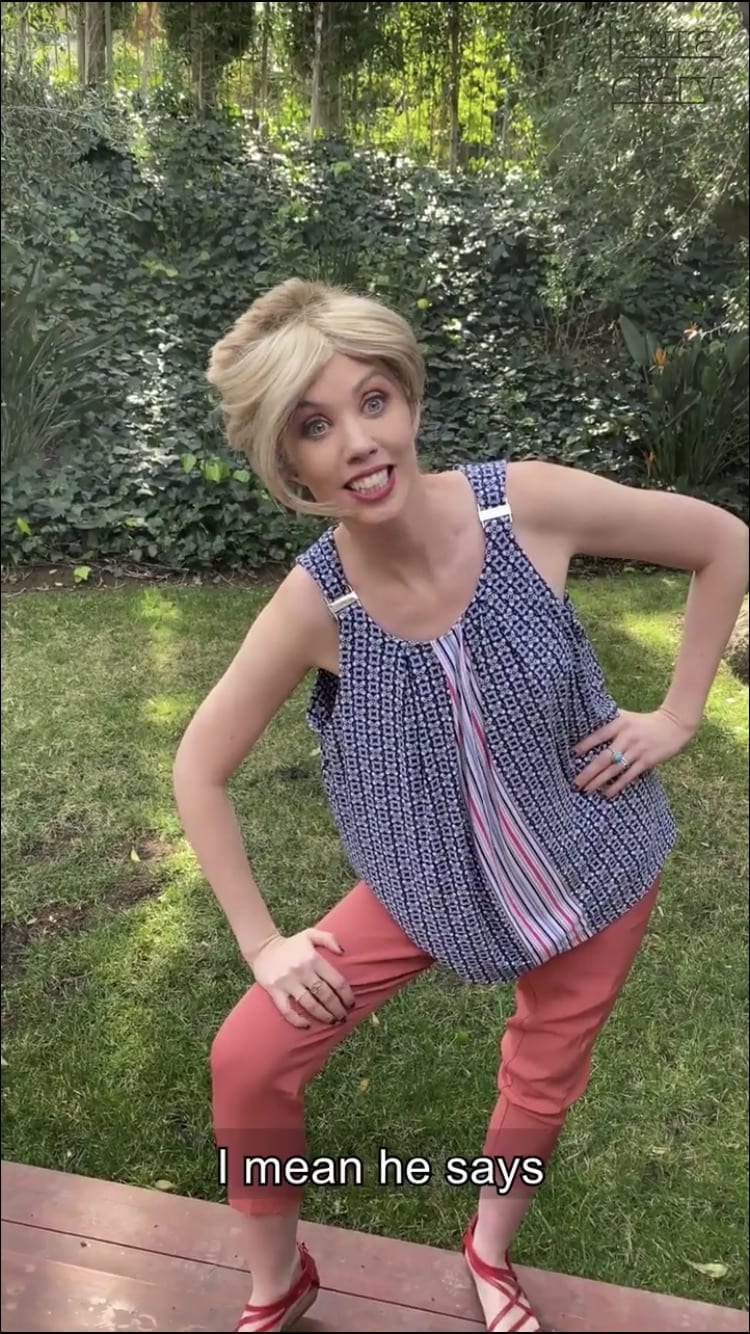 Karen goes on to ask about talking and how often Laura reads to him. And what would a judgy mom be if she didn’t ask about potty-training? AT 9 MONTHS. Or how long she plans on breastfeeding?

And then there’s the topic of preschool. Because FOR THE LOVE OF GOD,

Because You were lazy and now he’s addicted to arm heroin and your life is going to shit.”

The video is absolutely hilarious, and a little heart-breaking.

Because what mom hasn’t had to deal with her own version of Karen at one time or another? The sad reality is that as much as we talk about “moms supporting moms” and “moms need to stick together” all it takes is one trip down social media lane to discover that we have a long way to go.

But fear not, because Laura, she’s schooled at this point, and she’s about done with Karen and her non-judgy judgements. As Karen walks away, Linda calls after her:

“Oh, and one more thing. Just don’t let anyone tell you that your hair cut makes you look like you speak to seven managers a day. For no legitimate reason.”

Based on a true story ??


Woman Designs Her Own Quarantine Li…