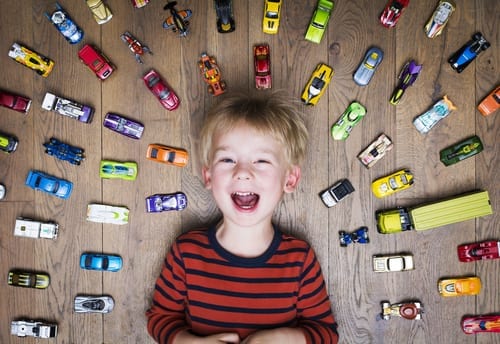 Children may not be able to vote for the president, but they do learn about the democratic process at a young age. In the United States, the democratic process is linked to civic leadership and personal empowerment. So it makes sense to have kids vote on one of their most beloved topics: toys. There are a few notable lists of kid-voted favorites for the parent who is looking to buy what kids want.

In July, Walmart pulled together some 800 children, ages 18 months to 12 years, to rate the best toys and toy genres. According to the Walmart “Chosen by Kids” list, Frozen is the blockbuster toy category, especially for girls. The Snow Glow Elsa doll is poised to be a big seller, if little girls have their say, as are Elsa and Anna bed sheets, comforters and clothing.

Electronic dinosaurs also made it to Walmart’s list. The Zoomer Interactive Dino is a remote-controlled motorized dinosaur that promises to have realistic movement and sound. It sells to ages 5 and up (but you probably know some adults who would like that toy).

The Nickelodeon Kids’ Choice Awards gives us a good look at the things older kids find important. The categories range from games to movies to athletes. The most recent winners include “The Hunger Games” for favorite movie, “Frozen” for favorite animated movie and SpongeBob for favorite cartoon. Under the gaming category, “Just Dance 4” was the winner for favorite video game and “Despicable Me: Minion Rush” for favorite app. Nickelodeon has done a great job tapping into the decisive power of kids culture. Use Nick to get the pulse of American pre-teen youth.

For the 16th year in a row, the Children’s Museum of Indianapolis let children into the museum store to play, squish and experiment with whatever toys they wanted. After that, they ranked the toys by preference. Super Slam Basketball topped the list. This is a tabletop game with all of the expected electronic bells and whistles like scoring for head-to-head competition. According to the kids, the tabletop aspect of the game is what they liked most—it took the height component out of the game, making it fair for children of all sizes.

Hexbugs have been on various kids’ lists for the past few years, and they made the museum’s top 10 again this year. Hexbugs, originally released in 2007, are little robots that move about by means of a vibrating motor. Since then, they have beefed up the little automatons, giving them battle armor and tanks. The newest iteration are the Aquabots that can run under water.

With more than 400 schools in its system, the Goddard Schools franchise is one of the biggest childcare companies in the nation. The Reno Gazette-Journal reported that this year, 50 of their schools were chosen to test toys. Since the schools cater to preschool and kindergarten-level children, the tests skewed to the young end, with the K’NEX toys being the favorite. These toys, in the same line as Lincoln Logs and TinkerToys, are building toys that enable children to work within their unlimited imagination.


Even Rob Lowe Wants To Be The Tiger…

This Dashcam Footage Shows One Bada…

You know all those jokes about how a mother’s “inner bear” will come out if someone threatens her cubs? Well, … Read More