The phrase “Boys will be boys,” has recently gotten a bad rap. Like, a really bad rap. Over the past few months, I’ve heard these words condemned time and time again on social media, on the TV, and even within my own social circles. Each time, I find myself biting my tongue and waiting for a change of topic in the conversation, and here’s why:

I get that the transgressions of so many men that have recently been brought to light are 100% inexcusable.

I get that these actions can’t be brushed under the rug like they have been for so many years prior.

I get that this is a revolution for women that should be celebrated because gosh darn it, we deserve better!

I get the anger and frustration at the lewd acts that have occurred, and the need for retribution in response.

But here’s the the thing: I’m pretty sure that whoever first said, “Boys will be boys,” didn’t mean it as an excuse for us to turn the other way when a woman is sexually assaulted. I don’t think this saying was born in response to a man walking past a woman and smacking her backside, and then searching for the right words to justify his actions. I would be hard-pressed to believe that this phrase was coined with the thought of, “Ha! Now boys/men can get away with anything they want.”

On the contrary, I’m fairly certain that these words were originally intended in the most innocent of ways.

The truth is, as a mom of two young boys, I see this old adage being a part of my vocabulary for many, many years to come.

When I say “Boys will be boys,” I don’t mean it in the way that you may think I do.

“Boys will be boys,” is what I say as I watch my sons wrestling wildly on the couch with their Daddy before bedtime, while I try in vain to get them to wind down for the night.

It’s what I mutter when I go to do the laundry and a pound of dirt falls out of the pockets of three pairs of scuffed up jeans.

It’s what I’ll let out in a startled scream on the day that one of my sons inevitably brings some sort of unwelcome critter into the house and asks if he can keep it for a pet. 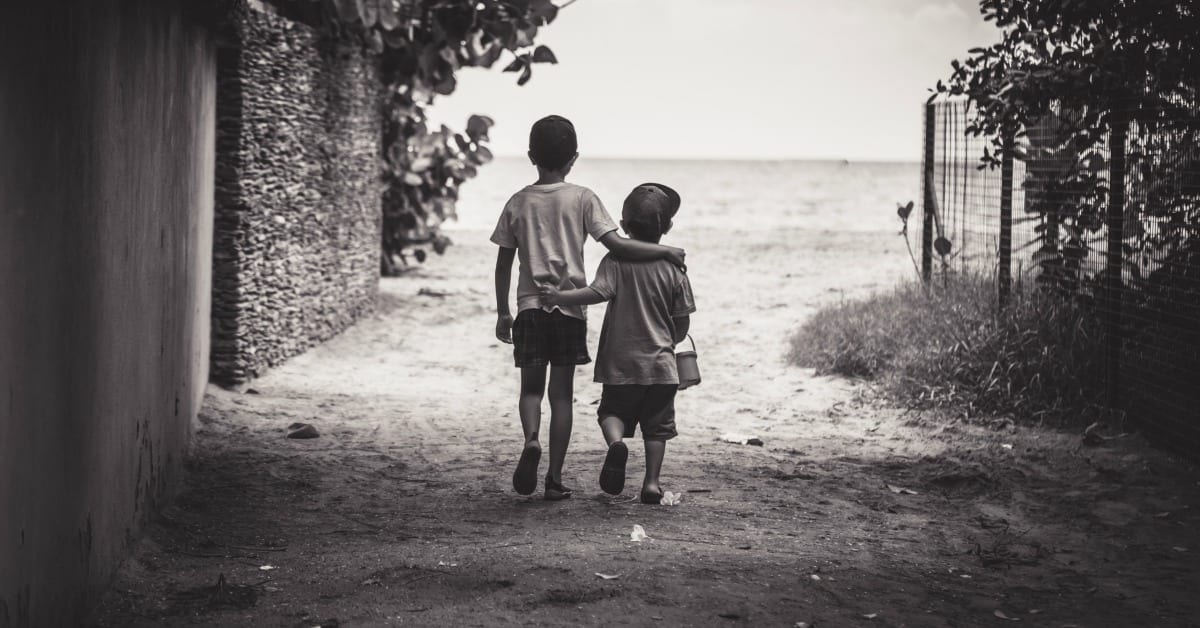 It’s what I’ll say as I roll my eyes at yet another joke filled with potty humor, or at the actual potty that I’m sure I’ll find unflushed more than once.

“Boys will be boys,” will be my response when a mom of girls asks me about my boy-mom experience over coffee.

It will be the phrase that will surely pop into my head as I watch the doctor put a cast on a broken bone after one of my sons does something daring (and quite possibly asinine).

They’re the words of wisdom that my husband will whisper in my ear as he pulls me into his arms after a long day spent refereeing fighting brothers and thrown punches.

To me, the phrase, “Boys will be boys,” is a neat little package in which to wrap the complexity of this rough-and-tumble, strong-but-sensitive, big-hearted, strong-willed gender that I have the immeasurable pleasure of raising.

You can bet your bottom dollar that this phrase is not what I will use if and when the day comes that one of my sons does something  inexcusable. On that day, “boys will be boys,” will be irrelevant, and a stern consequence will take place.

For now, though, I stand behind these four words as I use them in the most endearing of ways.

Yes, boys will be boys.

But if I have my way, these boys of mine will also become gentlemen.